Hen has bumblefoot but I can't find a core

So, I just did dual bumblefoot surgery on one of my hens. She's a VERY LARGE Dixie Rainbow that is kinda lazy and never did move around much to begin with. She had big, brown scabs on both feet. No swelling, and no lameness whatsoever. One of the scabs cracked open and was bleeding a LOT, which is when I noticed something was wrong. I normally check all of my hens over at least once every couple of weeks, but I went on a 2 week vacation, so of course something like this would happen while I'm gone.

I was so busy the week before and after vacation that I didn't even get a chance to check them other than to feed, water, clean and collect eggs.
But anyway, I did my first ever bumblefoot surgery and I'm not sure how it went...when I cut around the scab and pulled it off there was A LOT of bleeding, and I do mean A LOT. It was bad enough that I had to tourniquet her leg to keep her from bleeding out, and I didn't cut that deep...maybe 1/4 inch at most? I didn't even see a core, just pinkish-white flesh that bled profusely unless the leg was tied off. The bleeding only stopped after I dried off the feet and stopped messing with them, at which point I put Neosporin in the wounds, covered with gauze and wrapped the foot with vetwrap. I don't know what else to do...I feel like the worst chicken Mom ever.

Any help or tips you all may have would be greatly appreciated!

I never encontered bumblefoot in over 20 years. Maybe lucky or whatever. I like to direct you to this link/site. That person is also a member here on BYC as well. I have sent many to this site for Bumblefoot info.
https://the-chicken-chick.com/bumblefoot-causes-treatment-warning/
WISHING YOU BEST,,,,,,,,,,,,,,,,,,,,,,,,,,,

Your Dixie Rainbow by her description are fast growers and they grow big, much like a meat bird and I've heard Dixie Rainbow's are very good layers. This could account for her "laziness" due to her bones not able to support the weight causing her to sit all the time, or her feet are too sore to walk, or both.

I suspect your hen has Footpad Dermatitis (FPD,) not bumblefoot.
Here's a link for you to read about FPD:
https://www.farmhealthonline.com/disease-management/poultry-diseases/footpad-dermatitis/

Pictures will help others help you. 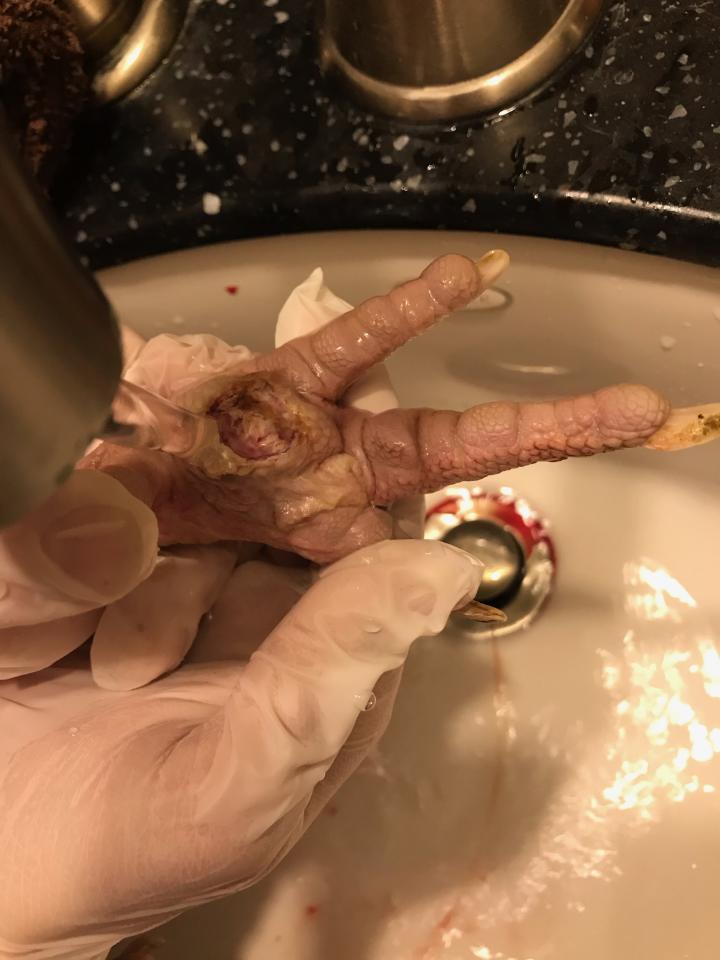 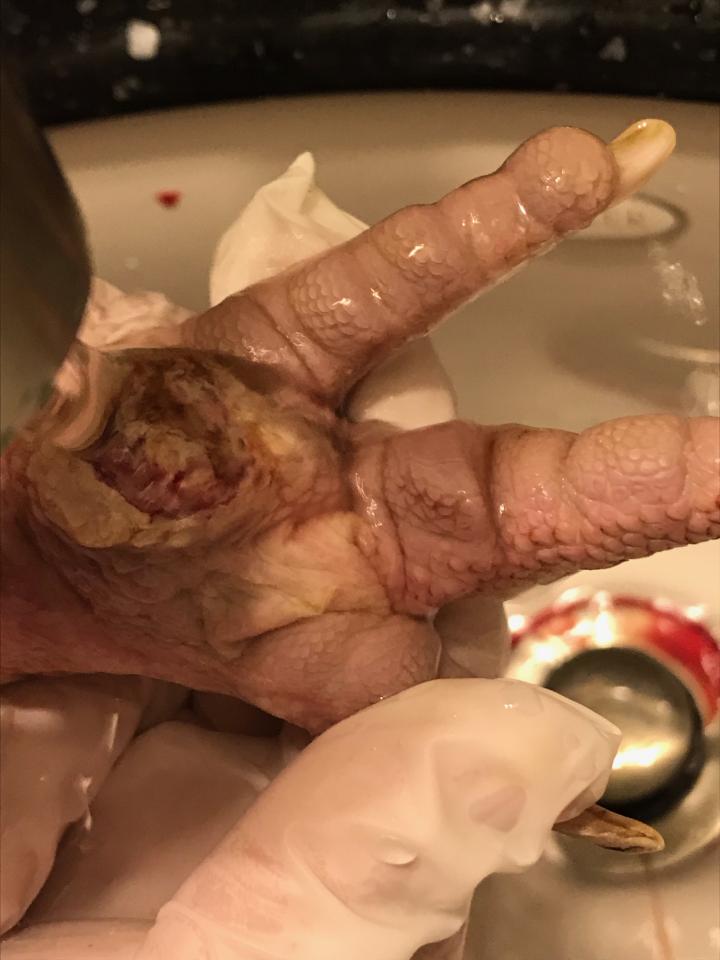 Just keep it wrapped up for 3 days, then remove the dressing and see how it looks. Then flush with betadine and pack with neosporin and apply gauze and vetwrap as before. Remove everything in 4 days, hopefully the footpad should be completely healed by then.

Should I keep her isolated to stop her from moving around too much?

This is the bird in question. She's GIGANTIC, weighs nearly 11 lbs! 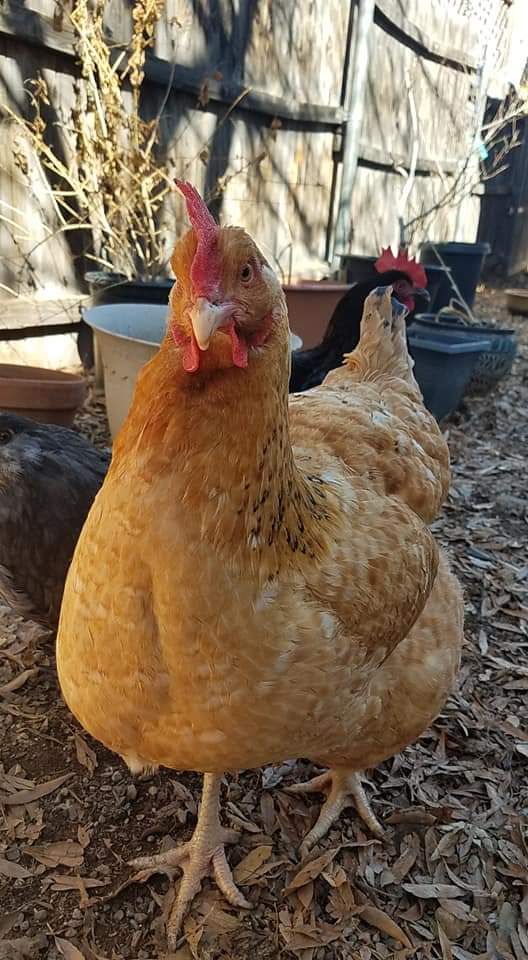 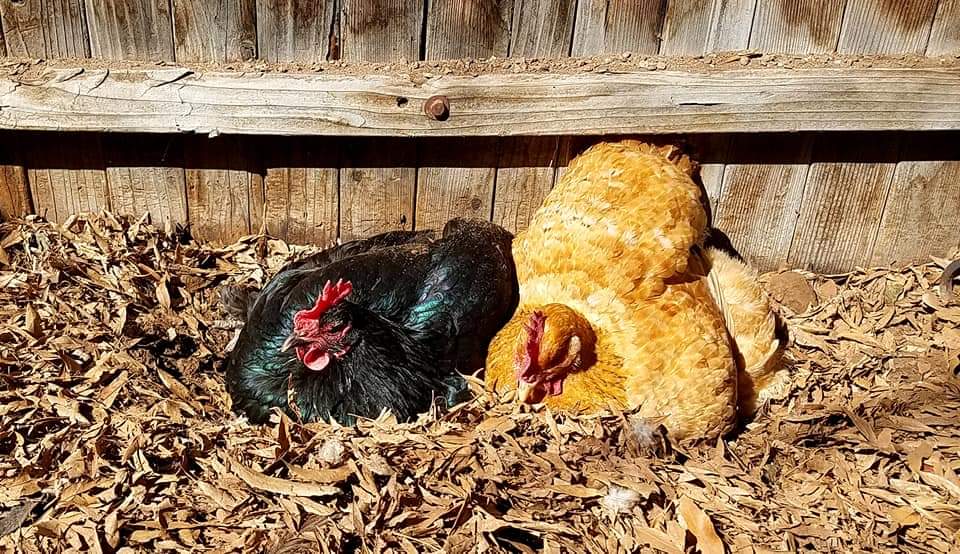 Soooo...should I separate her, or put her back with the other hens?