How Much Is My Coop Worth?

Hey guys, after spending months and months working on my coop, I’m sad to say I’ll never use it I’m working on trying to get it sold, and I came here to see if any of y’all have an opinion on what I should price the coop at!


I built it with my dad who knows all the dimensions and smart words, which I sadly don’t know fyi. If you really want to know something specific, I can ask!


The whole coop is 8x8 feet, give or take an inch. There’s four windows that can open and close and have latches on them. There is hardware cloth covering the windows from the inside so when the windows are open, the chickens are safe! There’s 4 nesting boxes that still need some work, and a ladder styled roost. The majority of the building is composed of new materials, except for the roof. There’s still a little work to be done, not much but a thing here and a thing there. Its never been used, excluding the week we had 4 chickens in there due to not having another place to keep them. Its not perfect- we’re not master builders- But it was built to last and is sturdy.


So what do y’all suggest for a price? And if you just so happen to be willing to come pick it up in Cleveland, Texas, shoot me a message! 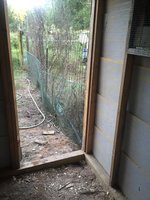 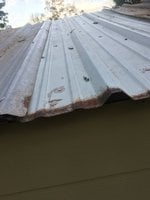 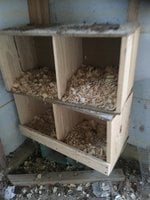 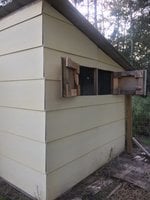 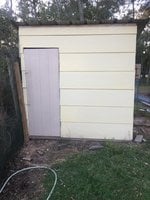 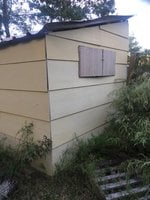 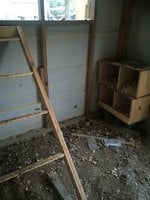 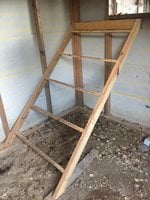 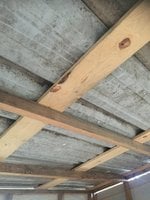 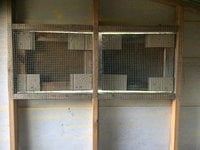 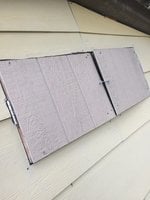 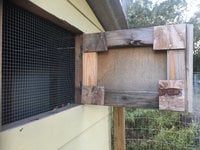 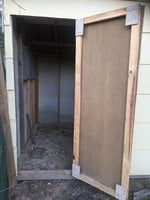 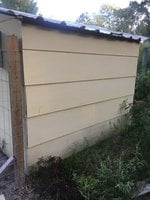 That's really nice. I'd look at pricing for similarly sized pre-built sheds in the area and probably add a couple hundred for it already being set up for chickens. This would be an alternative to someone buying a prefab shed and modifying it themself.

I would look at the craigslist ads in your area and maybe the Facebook marketplace to see the prices they are going for in your area, then set your price accordingly.

Start your price higher than you want, you can always reduce price, and most people want to dicker and feel great when you knock the price down a bit.
I'd start at $500 or more, looking at local prices for similar buildings is an excellent idea.

Biggest problem here is moving it. Most folks don't have the ability or equipment.
Is there access for a large truck or trailer to get close to this coop?
Can you deliver it?

Another aspect of moving is will it hold together when moved?
There's no floor(?) and tho the framing looks pretty good, I doubt that siding attachment has stiffened the whole thing very well. It may have to be handled carefully and diagonal cross bracing added inside before moving.

Though it looks really well done, but knowing the area (I grew up right down 105 in Moss Hill) you'll probably only get $200, tops for it unless you advertise towards Dayton, maybe on a Facebook sale and trade group, then I'd expect you to be able to get $350-$400.

S
Review and advice on chicken coop and run
2

E
What’s the best way to get rid of my backyard chicken coop?

What do I need to do to improve this coop?