I have a young white male that grew his train in a little over a month ago. My breeders lost thier trains about a month ago. Two days ago I went to lock everyone up for the night and found 2 pea eggs in the corner. I placed them in my incubator just in case. Well tonight (9/04) I go in to lock up and there are 2 more eggs in the same corner. Is this normal for peahens to lay this late (in September) in the season? If they are fertile then the white one with the small train is the father correct?
Last edited: Sep 5, 2011
F

I recalled a late hatch that deerman had last year so I went back and found a few posts...

I gather it's not common this late in the year, and rare that they would be fertile? How are the babies that had the encounter with the fan doing?

I have had four eggs laid by one of my hens the past 8 days.
Have not seen the male near her though.
A breeder from my area i asked was this normal, and he said yes, he often had hens laying in october also.

I found 3 eggs in the past week. However the eggs I found prior to this were not fertile so I didn't bother to incubate the eggs from last week. Good luck hatching!

I had peahens lay Oct even Nov. but the peacocks had dropped their train ,so none were fertile....my guess if its not been long ago the males had trains, then could be fertile. Peahens I know for a fact can be fertile up to 3 weeks after a peacock has been removed.
Last edited: Sep 5, 2011

Deerman what about the 2 year old white peacock I have who HAS a train, would he be fertile?

Quote:
Yes if he hasn't drop his train, most 2 yrs are.

I had a peahen hatch her second batch of peachicks about two weeks ago - she hatched 4. She had already hatched 4 earlier this summer and eventually lost them all so she, and another peahen who had also lost her chicks, laid and sat a second batch and hatched them. Not sure if it makes a difference but my peafowl all roam free - which is also why they tend to lose babies - they take them in the woods and every few nights lose another one. Funny thing is I think she learned her lesson last time so this time she takes them into a pen or coop every night.

Here is my white 2 year old male drying out his train. He is so proud of his train LOL 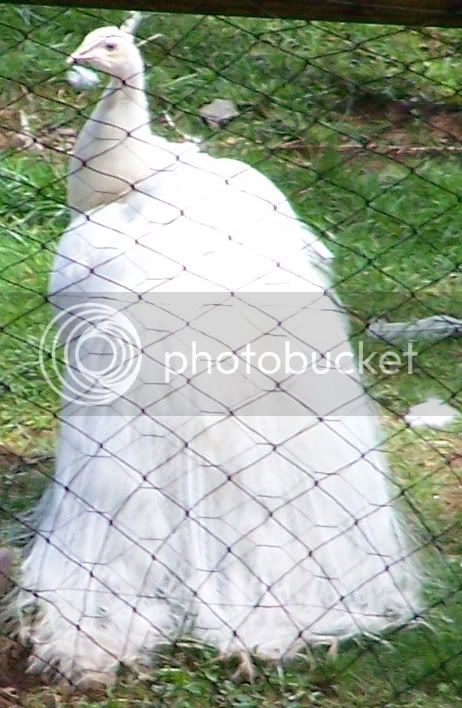 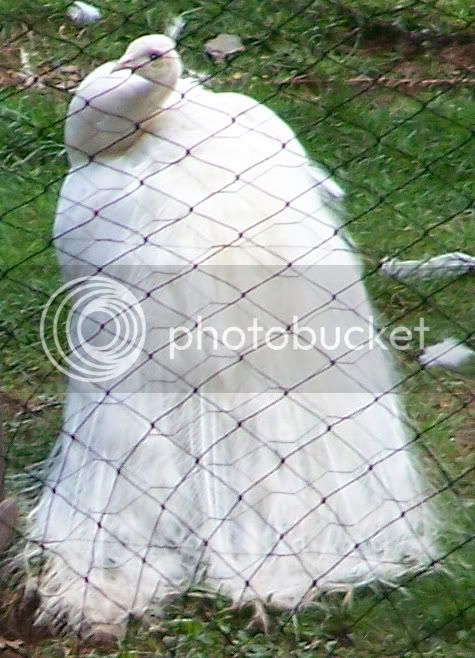 Beautiful boy! I love the whites... to me they are beautiful and elegant.

M
Hen laying yolks for the past 9 days.