MaryJanet said:
Seriously though, I think her Wyandotte genes are obvious.

I'm thinking more Cochin than Brahma because of her impressive pantaloons.

Neither of these explain her crest. If she ends up laying blue eggs too, we can call her part Araucana. Green eggs, we'll say Easter egger. White eggs, Polish. Brown eggs... A BY Bob Special.
Click to expand...

Ribh said:
She might have a bit of Phyllis Diller in her...

So you are saying that she is smart.

Ribh said:
She might have a bit of Phyllis Diller in her...

So you are saying that she is smart.

BY Bob said:
So you are saying that she is smart.

Obviously she's smart! She has MJ sussed. But I was referring to her hairdo.

Ribh said:
Obviously she's smart! She has MJ sussed. But I was referring to her hairdo.

She does have me sussed, the little heartbreaker!

still chilly at your house? 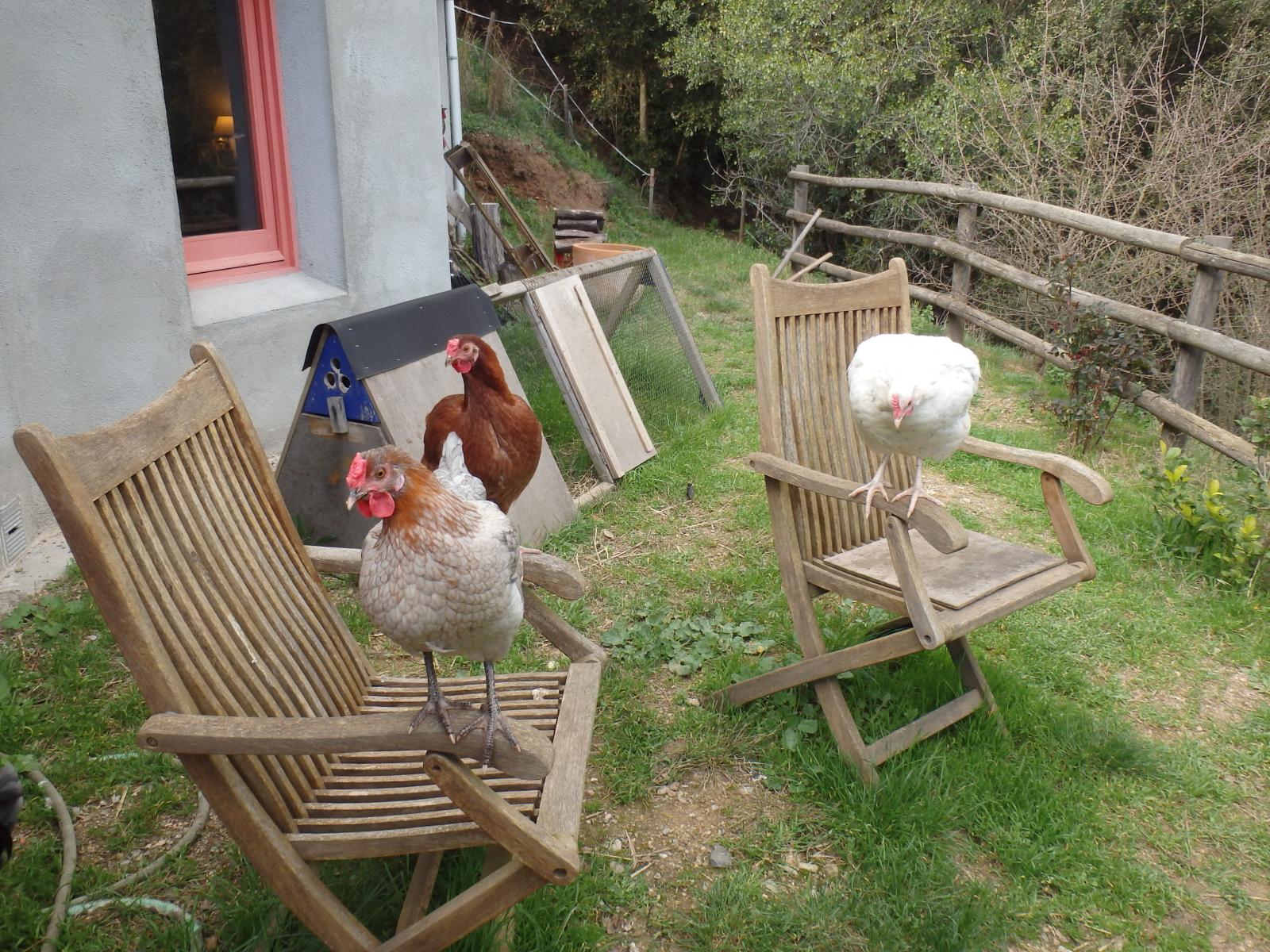 Ribh said:
Well, was it?

Noooo, on this occasion I just wanted a caption.
I like putting captions or stories to the pictures I post. I look at what the chickens do and anthropomorphism takes over.
I see so much of them it's almost impossible to avoid. Some people are very much against it, particularly if it's some form of study. This is changing slowly in behavioural science. As further studies are done and more is established as probable one can't help believing on the evidence of the science and the observational evidence that we are more similar to the other species than has been previously acknowledged in most societies for thousands of years.
Humans have 'always' ascribed to themselves some special quality unrelated to what a rational person would call intelligence, should someone be smart enough to come up with a sensible definition.
I don't see myself as being any smarter than a chicken. I just have a different skill set and a higher degree of environmental complexity.