As a first time chick mom I am learning as I go but I'm a little stumped with how I should try to introduce or encourage the chicks to start getting used to their nesting boxes. They have been in their big coop for a month and they just haven't been interested in the nesting boxes. They are just starting to fly up to their roosting bar, and I know they can fly pretty high already lol should I try to put them in it? I think we are going to add a ramp just for a little more ease and to encourage them to see what it is. Will they start checking it out as they get older? Or is this something I must push along? I don't really know, they sleep outside alot still, even though they have a great big coop lol 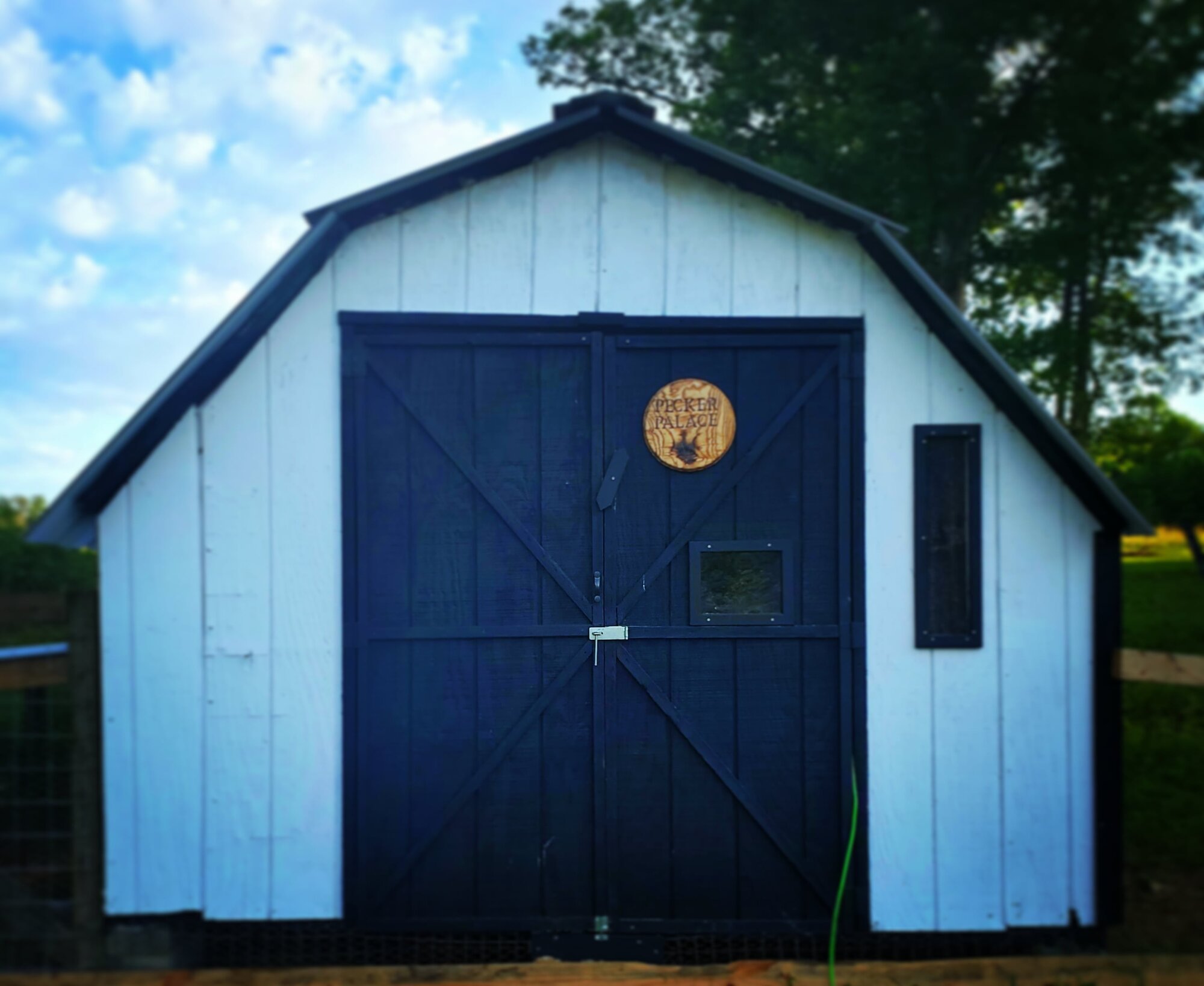 You said "chicks" - are these chickens laying age yet? Or close? If not, they really shouldn't be paying any attention to nest boxes yet. My seem oblivious to nests until they're much closer to point of lay.

I would consider installing a landing perch in front of the nests, as the chickens will need to fly up to get into there.

Btw where IS the roost bar, or is it just behind where you're standing to take the photos? I assume your roost is higher than nests?

rosemarythyme said:
You said "chicks" - are these chickens laying age yet? Or close? If not, they really shouldn't be paying any attention to nest boxes yet. My seem oblivious to nests until they're much closer to point of lay.

I would consider installing a landing perch in front of the nests, as the chickens will need to fly up to get into there.

Btw where IS the roost bar, or is it just behind where you're standing to take the photos? I assume your roost is higher than nests?
Click to expand...

They are coming up on 4 months now, so that's why I was wondering if they would be interested yet. The roost bar is on the other side of the coop. We have it lower than the nesting boxes right now where they were still smaller and they were already wanting to roost. We are going to continue to move it up as they grow. Yea that's what I was thinking too, putting a ramp/perch for them to connect to the laying boxes.

I would move the boxes down a bit, they seem really high. I would also make sure the roosting bar is significantly higher than the boxes so they wont roost on them

Agee that age us a factor. Are their combs and wattles red?

I’d lower the nests. The nests should be lower than the roost bars. You can have them floor level. But, if you raise them above the floor, make sure you don’t create a “mouse safety haven” under them. So, raise them high enough a chicken can get themselves a nice mouse treat (When present), and you can sweep under it.

Chickens tend to like to roost on the highest point available. That's why the suggestion to have the roosts higher than the nests. You said yours are still sleeping outside. And you say they are starting to want to roost. I don't know what they are sleeping on or exactly what is going on with that. I don't know where you are or what kind of weather you will have this winter. You may want to train them to sleep inside. I'd suggest changing it so your roosts are higher than the highest part of the nests they could roost on. In a coop your size 12" higher should be enough.

If you want to train them to roost inside, after dark lock then inside the coop. I've had some I only had to move into the coop one time for them to get the message. I've had some that it took three weeks before they caught on. Just be consistent, they will eventually learn.

You have a nice large open coop. Your chickens can spread their wings and fly up and down. Many people don't have coops anywhere nearly that big and open. If they can fly up to the roosts they can fly up to those nests. If you want to you can put a perch on the front of those nests for them to fly up to. Or you can put in a ramp. I don't have perches or ramps. Mine have no problems flying up or down to a nest that is four feet above the coop floor. In some coops, perches or ramps can be useful. I don't see it as a need for yours but it won't hurt either, except for maybe making it a bit harder for you to work in there.

I don't see any problems with the height of your nests. Some people like them pretty low. Others like them high enough that they don't have to bend over to gather eggs, people with bad backs especially. Those nests look like they are maybe 3' off the coop floor? I've had broody hens hatch in nests 4 feet high without issues. I look at this as something people care about a lot more than chickens do. You can lower them if you wish, it won't hurt anything. But I would not lower them where anything plugged into that electric outlet would be in the way. Or you can move that electric outlet.

Often about a week before they start to lay some pullets start looking for a safe place to lay. All of them don't do this, but some do. That's when they are likely to show interest in your nests. If you see them scratching around in the nests it's a pretty good sign you may not be that far from your first egg. Until then they are unlikely to show any interest in the nests unless they want to sleep in them. You don't want that kind of interest.

The earliest I've ever had a pullet lay her first egg is 16 weeks. That's not common but it has happened. So having those nests open and available now is good. I'd put a fake egg in them now to try to encourage them to start laying in there.