Hello Folks!
I just brought home seven day old chicks -- six female and one male. I got three Barnevelders -- including the rooster. And two Buff Orpingtons, and two Red Sex Links. I am a semi-retired science teacher, so years ago I hatched chicks in my classroom -- but this will be my first time raising them up.

I live on a few acres on the outskirts of Olympia, Washington. I built them a coop, but for now they are just in a small container in the living room. After a day or two I will shift them to a two foot by six foot brooder in the spare bedroom.

Their coop is about four feet square, with an enclosed run that is four feet by eight feet. The coop is in a yard that is about twenty feet by thirty feet, and I will let them free range in there. There is pasture beyond that. and I hope to let them get out there as well, so long as they do not stray too far, or get attacked by predators.

The chicks are named Lucy and Ethel, Laverne and Shirley, and Ginger and MaryAnne. The rooster is named John G.

It is winter, so a bit cold and rainy. I plan to keep them inside the house for at least six weeks before shifting them into the coop. 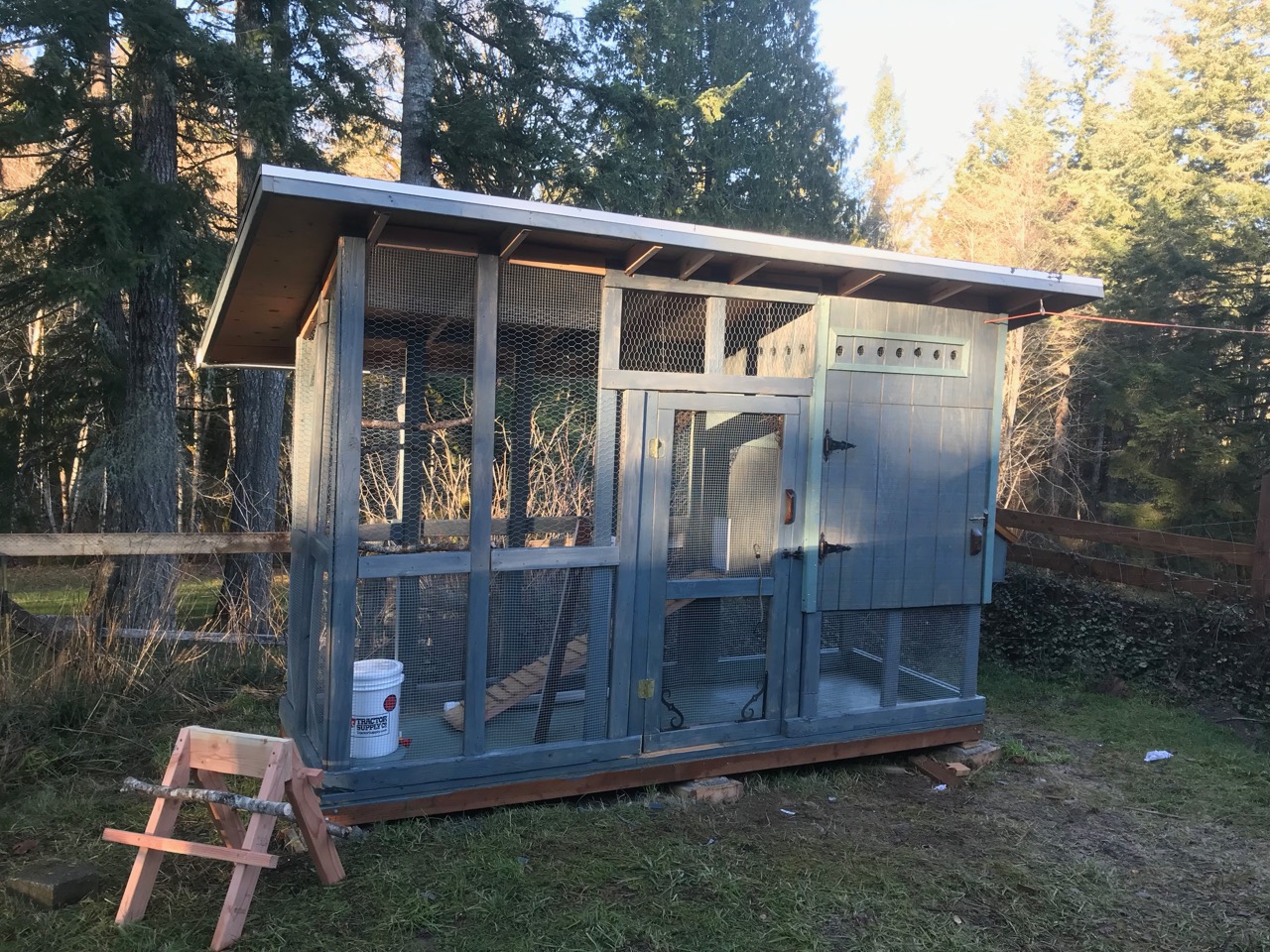 We are glad you joined this flock!
Jump right in and make yourself at home.
Can you possibly add a few feet on to the coop? It might be a tight fit with 6 full grown birds.
This video will help you learn how to navigate this site:

BYC has an APP!

Welcome to BYC, and good luck with your new flock.

Adding space to my coop is a good idea -- but not sure how to do that without major demolition!

and Welcome to Backyard Chickens.

Glad to have you here with us. Enjoy your time here at BYC!

Thanks for joining our community!

Welcome to BYC! Great intro, nice to have you here!

Adiamante said:
Adding space to my coop is a good idea -- but not sure how to do that without major demolition!
Click to expand...

Hello, and welcome! Good luck with your new flock! As far as adding space, maybe you could just add an extension to what you already have and then create a little entry door for them to go into it? That way you won't have to have the major demolition.

Glad you joined.
I'm afraid your 16 ft sq coop is going to be a tight fit for your 7 chickens when they mature. Hopefully you will find a way to expand the coop. Perhaps just adding on to the right side?
Have fun raising your chicks! It's a lot of fun. But they grow up very fast.

I will think about it. By the way, will the rooster just be in among the chickens? Or would he prefer some sort of "man cave"?