" For my yoke is easy and my burden is light " 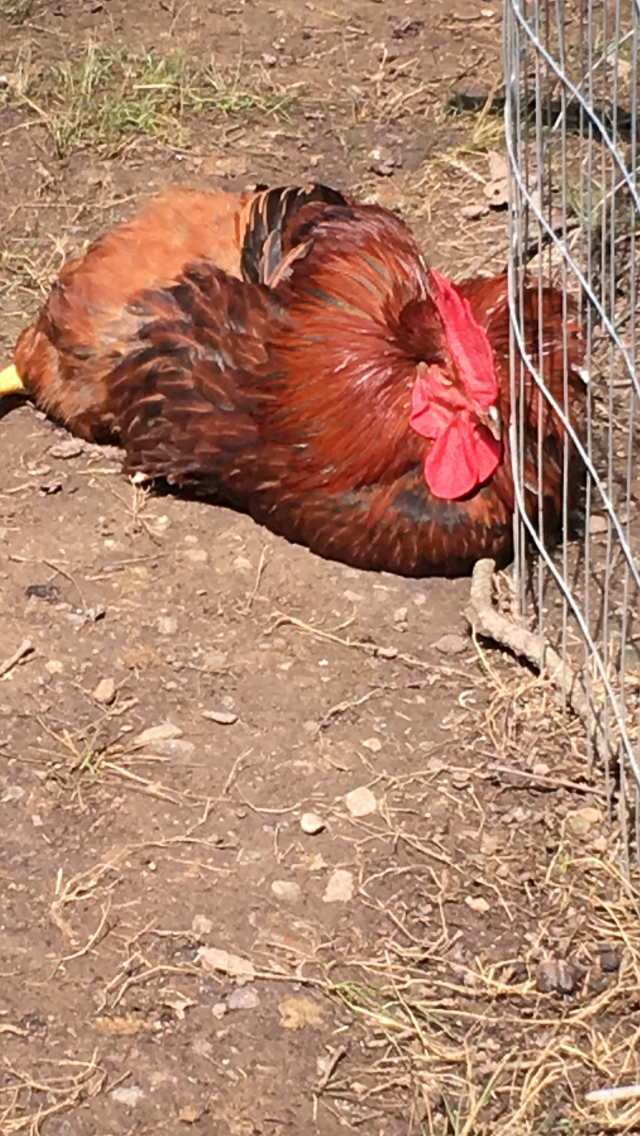 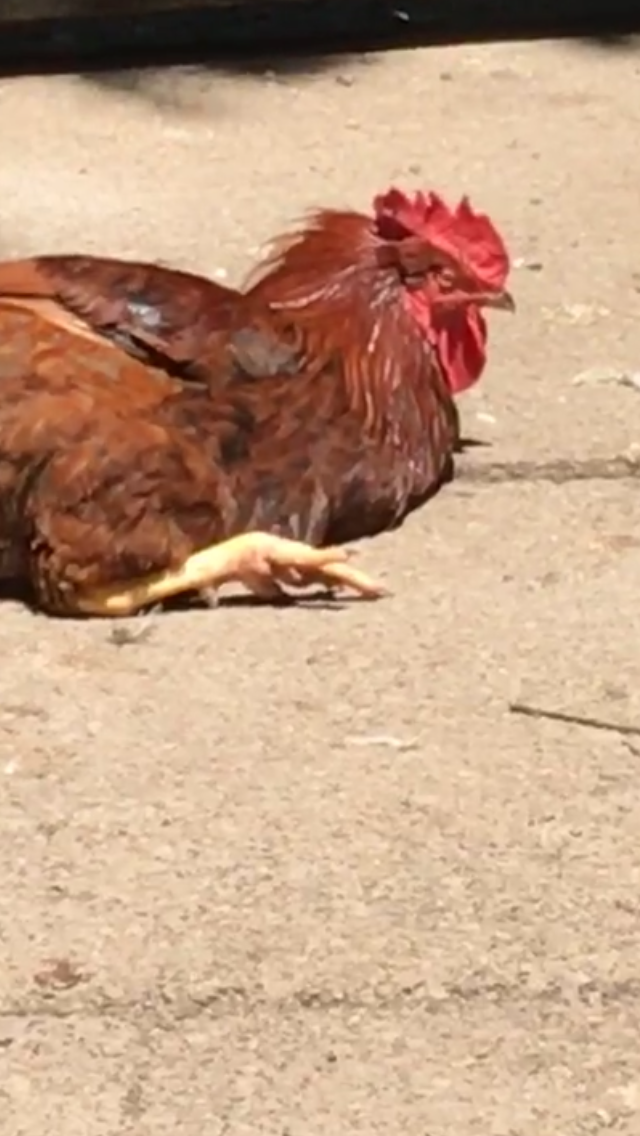 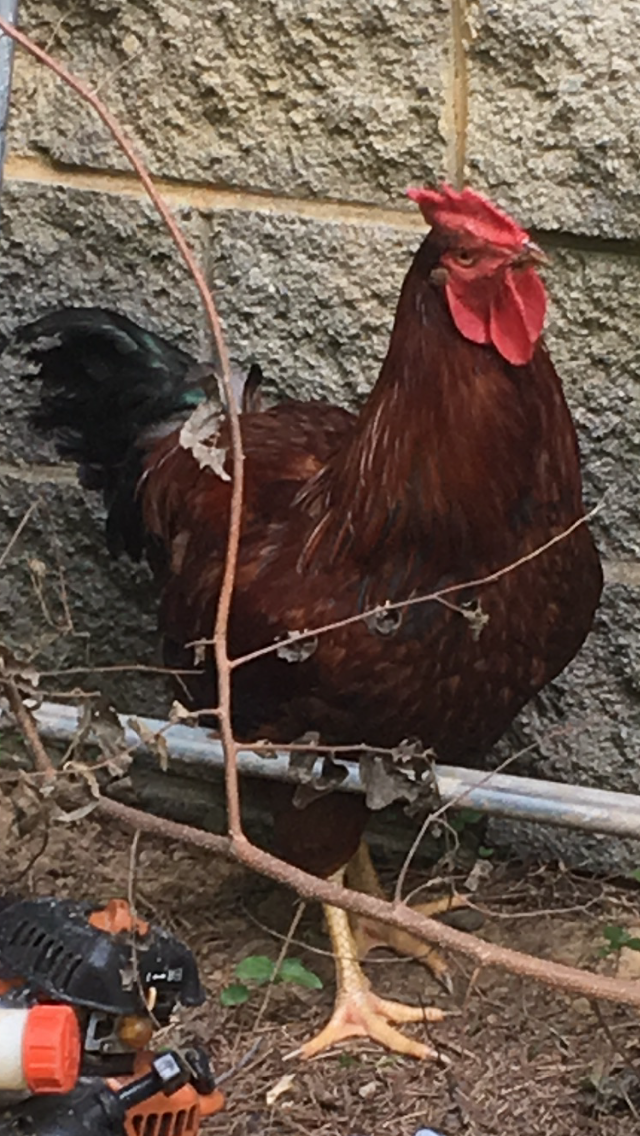 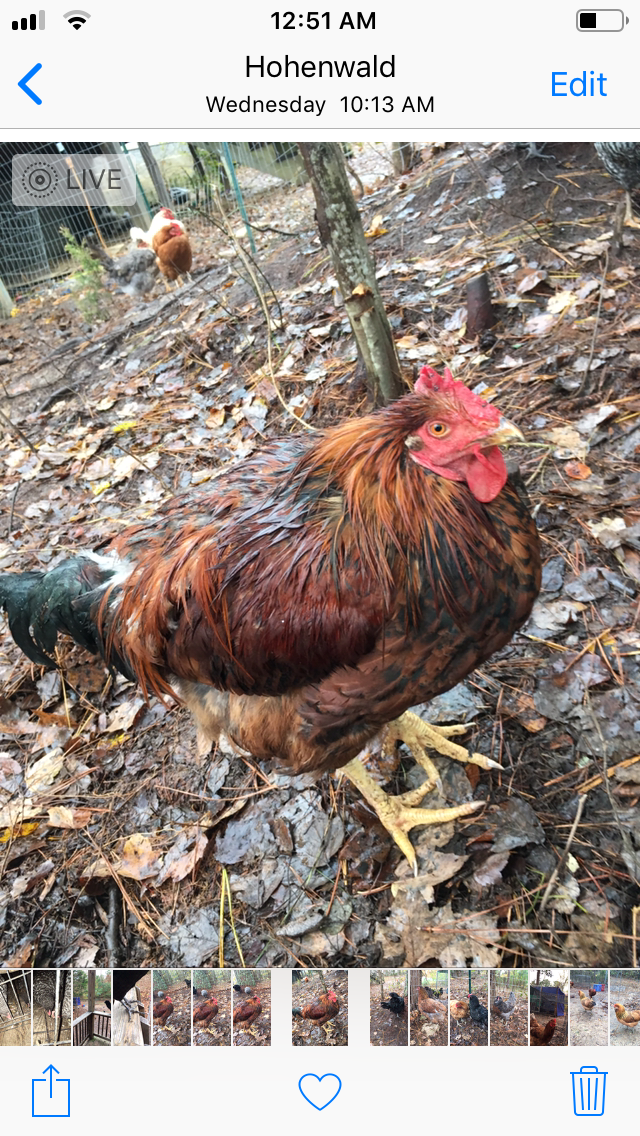 I have a bunch of roos and hens most of my roos grew up together and 5 are brothers
I was going through old photos today and noticed something odd about my rooster brownie which him and his brother fought an owl an lived with minor scratches
The fight happens at night in the pitch dark and there sister was killed during the battle so I know he was disturbed and they were not able to see what they were fighting due to not being able to see at night
They both jumped fences to get to her
So for the next few months brownie would hang by himself and run from things in the yard like shadows it was alarming
He stopped crowing and lost his confidence
Stopped mounting hens too
Took the bottom of entire flocks pecking order goes in coop last and runs from everyone but is happy and getting better I thought
Boy do I miss him dancing and showing off and crowing with his bros
I came across this some old photos and want to get him back in his realm and believe it can happen
He’s not changing sex and I’m not open to discussion on that because I have seen that before but this is a case of him wanting to avoid problems and no confidence
My question is where do I start
He’s 1.5 years old and his appearance has completely changed
He’s going through a hard molt along with his bros
I’m thinking someone might know something about rehabilitating him or where I can start please
First 3 photos were from this summer and the last 1 was from today
He has Wyandotte in him so his color is changing
My other concern is health
He seems healthy but I’ve got no experience with this situation yet thanks in advance

You have other roosters besides him? Some roosters just can't handle competition. I have a few that need protection, and they spend time away from the main flock whenever possible because they don't like rooster confrontation.

My barnevelder is going through a hard molt too. He's also one that stays away. He will tend to hens as long as no other roosters are around but runs when there are other ones.

Is he laying down all the time?
Did he suffer any injuries?
How long ago was the attack?

Give him a going over, check his crop to make sure it's emptying overnight, look for lice/mites and consider having a fecal float to rule out worms.

Is he eating/drinking o.k.?
Have you noticed how well he's getting along with the other roosters?

Several years ago, while I was out on the property attending to things, my alpha rooster got attacked by a coyote. His brother was accompanying me that day. We both ran to his aide. My alpha rooster fought for his life that day. Had I not been there, he may have lost his life. He sustained superficial injuries, which healed. However, his fear over the incident took over, and he lost his confidence and stopped crowing. He did not even want to come out of the coop in the mornings, even though the incident happened on the other side of the property. His brother started to take over.

Rooster behavior is something of great interest to me. Modifying chicken behavior is something I have been successful at, as well. In order to restore my rooster's confidence, I removed him from the pen each morning. He was served a special breakfast each day, for a week. He was offered cooked meats, egg, toast with butter, a couple of grapes, different enticing foods.

Roosters are stimulated by the presence of hens and food. However, the hormones are lower during the Fall and mid to late Summer, so the hens are not as impactful (which may be why your rooster is not mating now). But, food is power. The best fed rooster feels energized and strong. Eventually he will not want to share his food, as alpha.

After a few weeks my alpha rooster started to regain his confidence, and would let his brother know it. He'd walk over and eat out of his brother's bowl, then back to his bowl. He started to challenge and chase his brother. And when his brother ran away, my alpha,' Bumni', started to crow again!

And, Wyorp Rock has asked some good questions. Do, verify that your rooster is in good health. Also, that he does not have a puncture wound, somewhere on his body. Owls are notorious for inflicting puncture wounds with their talons.

In the photo, his body posture and comb, signal illness, to me. A vet can listen to his lungs, they too, can be congested without any other respiratory symptoms. I have had two of my roosters get congested lungs, from an infection. Both had behavioral changes that lead me to take them to see the vet. Low confidence, lethargy, and fearfulness are behaviors that can manifest during an illness in roosters.

For many chickens, grief, fearfulness and low confidence can be corrected. I guess there's some truth to the saying..."time heals all wounds". But, some delicious food and a caring keeper, also helps.

Be patient with your rooster, hopefully he'll regain his confidence with your care. As long as he is healthy, he'll be OK, even if he has decided to be a subordinate.

These are my thoughts on your rooster's issue, based on my experience. I hope I have been helpful.

God bless and good health to your flock and rooster.

Following, glad you're looking to help your boy

Chickens are rather primitive creatures whether we like to admit it or not. Roosters who have been injured by a predator but live to fight another day will often lose all interest in the ladies.

Go over your roo with a fine toothed comb and be sure that there is no hidden pocket of corruption or an unhealed injury from his scrape with the owl. Then confine him in the most favorable fashion that you can and give him 2 hens but erect some kind of blind that prevents him from viewing your other roos or your other roos seeing him.

Owls prey on chickens by lighting besides them and then edging the chicken that the owl has chosen off of its perch. Then the owl follows the chicken to the ground and lands on its back.

As far as health is concerned the rooster in the last picture looks unwell. Whether this is a result of his close call with a GHO, is a result of the molt, or his appearance is the result of something else is unknown.

Something else to think about is have you ever wormed your entire flock? If the answer is no then this would be a good time to start.

One week ago I found my 5 week old Cockerl dying. He had half his face and the back of his head and neck pecked off.
I brought him inside, made him his own 'hospital room' and cleaned him up, have been doctoring wounds, etc.
For the first several days he wanted to be held, he was terrified all the time.
Now he sleeps with lights off in a room alone, but he has started a wierd thing this evening.
For the first time since I brought him in, we allowed one of his flock mates to come inside and have "chook time".
Since the Pullet came in the Roo has been coming to me, climbing in my lap too poop, then getting back down.
Before, if he needed to poop he would get on the floor to poop and come back to my lap.
Is he marking me to keep her from coming up into my lap, or is he upset she us in and punishing me for allowing another chook inside?