feathermaid said:
I really should post more often, I have a ton in storage probably like @Farmer Connie and don't really even know what's all there.
Click to expand...

We have so much. It's impossible to create enough time to organize for a mass upload. Multi hard drives, DVD rom-s,flash storage, lol floppy disks. Been collecting like a pack rat since windows 95ish.
The DVDs need to be transferred. Contrary to popular belief, they have a shelf life. Climate control is the only thing in favor & actually giving an extra grace period.
It's easy to snag them, the trick is to stay on top of organization because it's not really an important task compared to higher priorities- It's just a closet full of hoarded compulsive collection of silliness.

ThaNx for summonsing me and sharing..

Just awful happy you were able to come back Connie

I placed a couple DVD ROM's storage files in a slave hard drive to make it less pain staking. It should speed up my upload time.
FLOWERS! 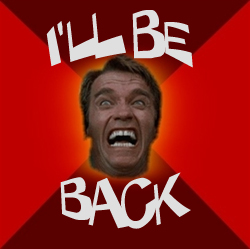 Farmer Connie said:
The DVDs need to be transferred. Contrary to popular belief, they have a shelf life.
Click to expand...

I had no idea! Great.

Now I'm gonna have to transfer wedding videos, music and some of my daughter's stuff.

Luckily all of my smileys and gifs have already been downloaded directly to my hard drive. I didn't start saving smileys until about '05 and most were hosted on Photobucket. That site's not free anymore so I took everything off a while back. I want to get them all uploaded and displayed again so I can actually see them in all their glorious action. A waste of time probably, but I sure do love my hoarded ridiculous collection of silliness!