Okay, y'all chicken experts... I need your help.

I went down to check on my chicks today and found Carey, a Partridge Chantecler, on his last gasps, flat on the brooder floor and unable to stand or hold his head up. He kept moving his legs like he was trying to stand but they weren't really connected to the rest of him... Like how you feel when you try to walk after you have a hard fall, if that makes sense. I checked him over... Nothing physically wrong, that I could tell, major bones intact and body condition good. His crop was empty, which was odd, and when I prodded his crop and neck to feel if there was anything broke he vomited up clear liquid. He died five minutes after that. The liquid had no smell, it was just clear water.

The other two chicks in the same brooder were the same as usual... Bouncy little brats clamoring at the door to be let out.

He was normal last night, active, eating, drinking... And gone this morning.

Bedding is pine shavings, like all the rest of my chickens have. They're in my basement, but off heat. Feed is un-medicated chick crumble, and they have clean water to drink.

I thought of choking, but I couldn't feel any blockage in the neck and he was breathing, just limp.

This really has me puzzled.

Anyone know of something that would have caused this? Thank you.

Sorry for your loss. Can you try to do a necropsy, or send him off to a lab?
B

I can try and do a necropsy, though I'd not be much good at spotting abnormalities.

BantyChooks said:
I can try and do a necropsy, though I'd not be much good at spotting abnormalities.
Click to expand...

Give it a try and take pictures?

casportpony said:
Give it a try and take pictures?
Click to expand...

That's what I was looking for! Thanks, I'll try.
M

Sometimes if you touch the crop a certain way, the liquid or whatever does come up.
Any way you think he might have gotten a peck in the head that might have hurt him...?
B

• Bird’s age
4wks exactly
• Sex
Unknown
• Breed
Partridge Chantecler
• Clinical signs
Urmmm.... Dead?
• History of trauma or disease
None
• History of any treatments administered
None
• Any other information that may be relevant to the case such as type of feed and water
See first post. 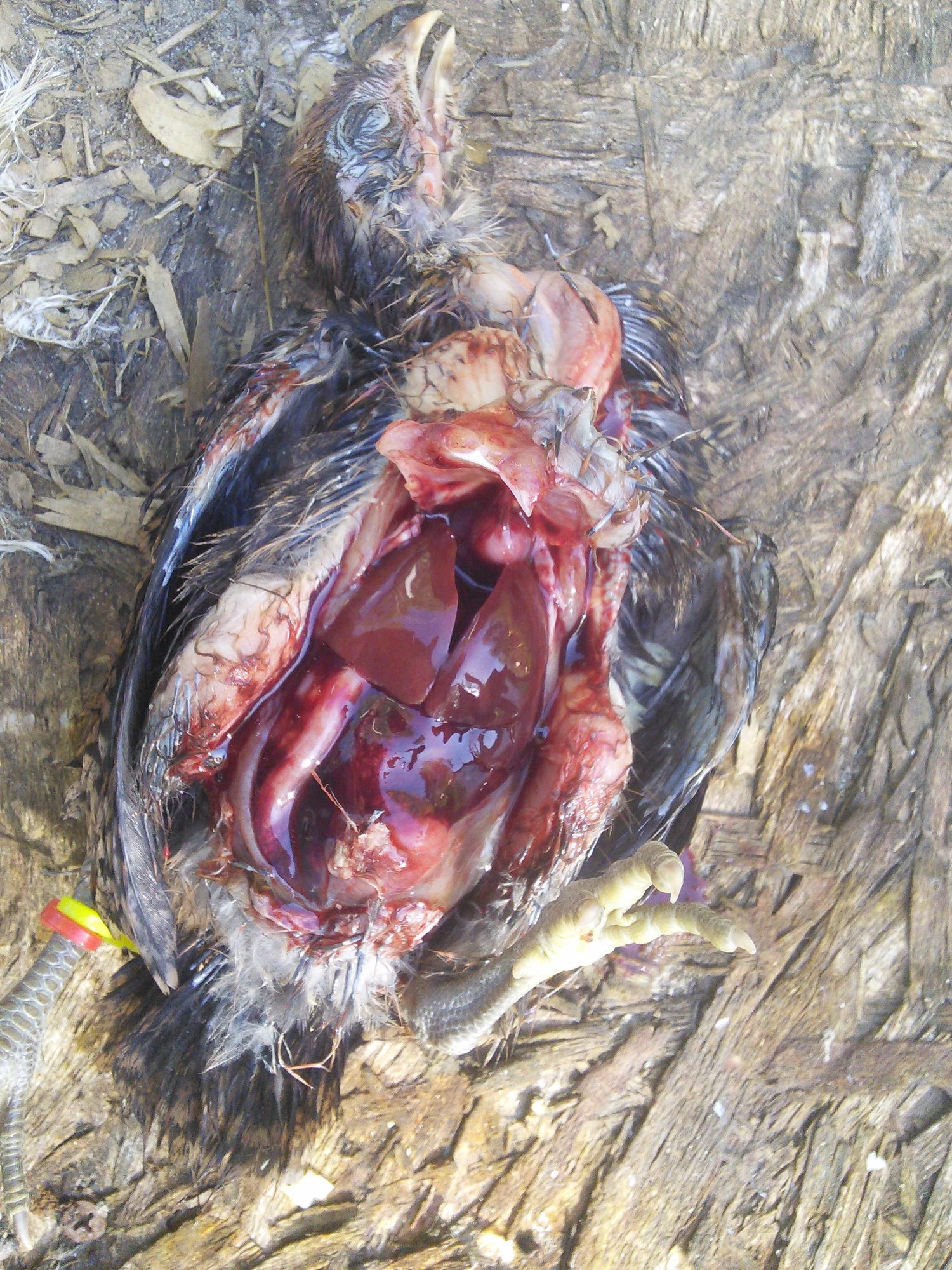 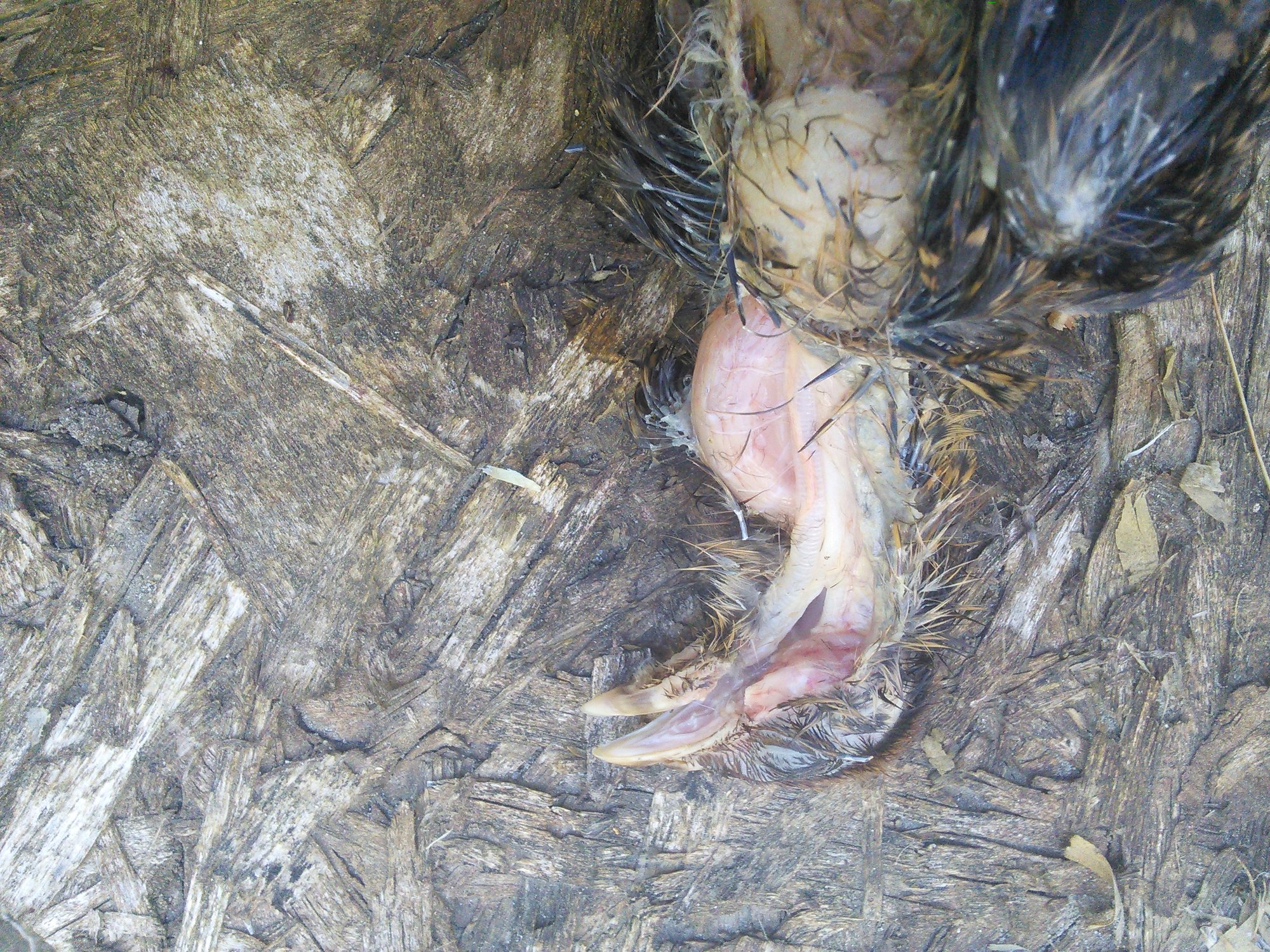 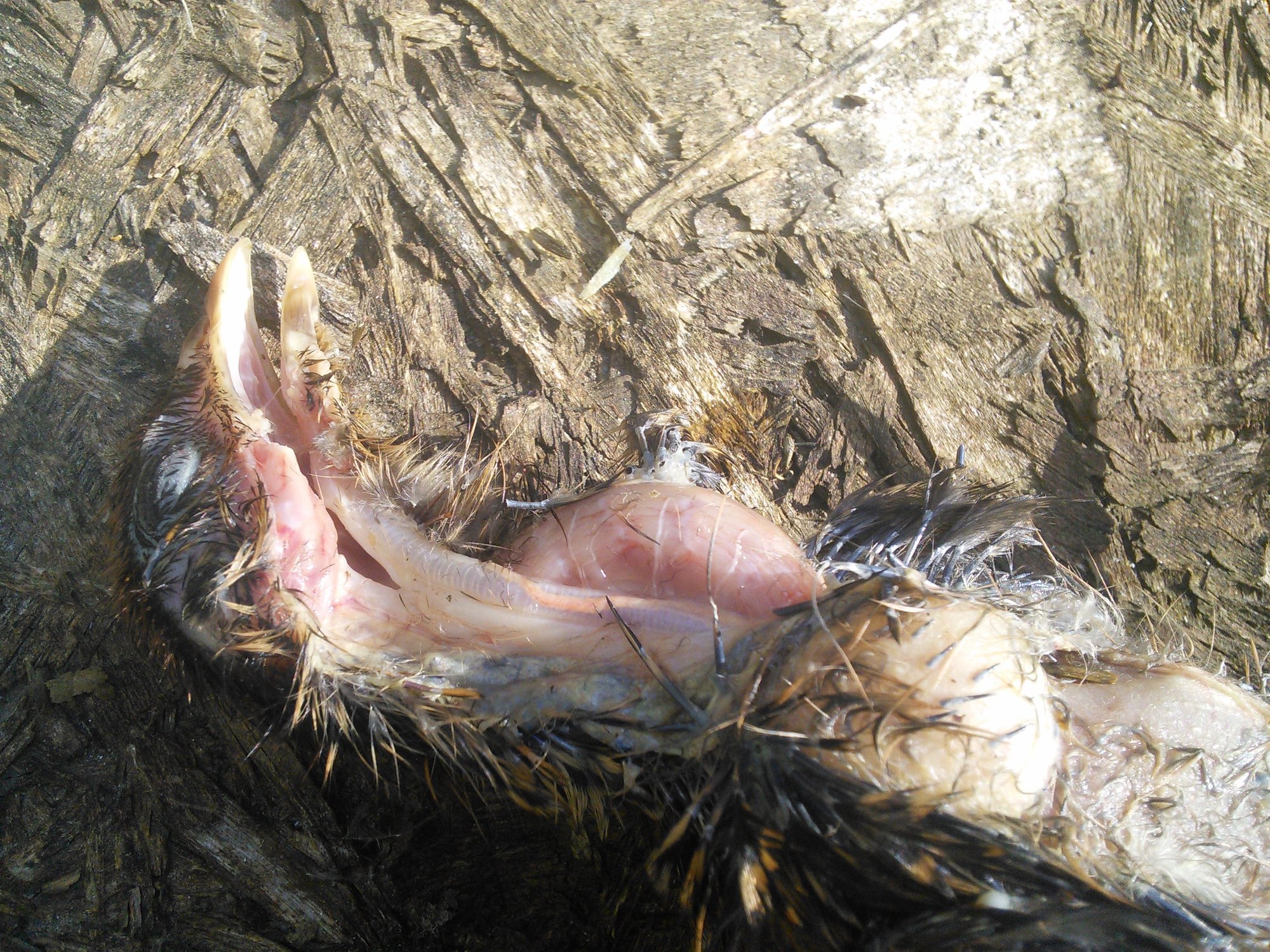 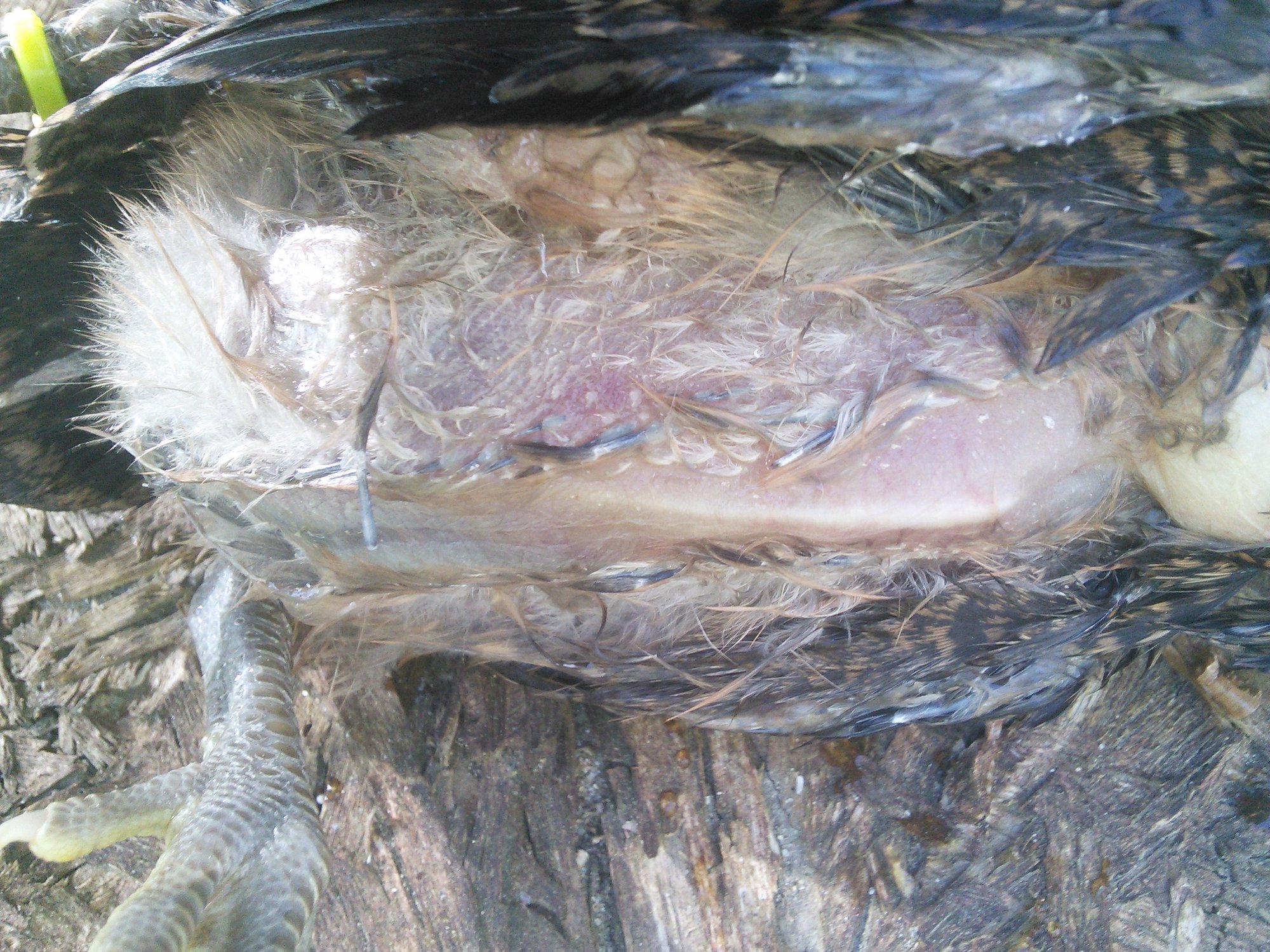 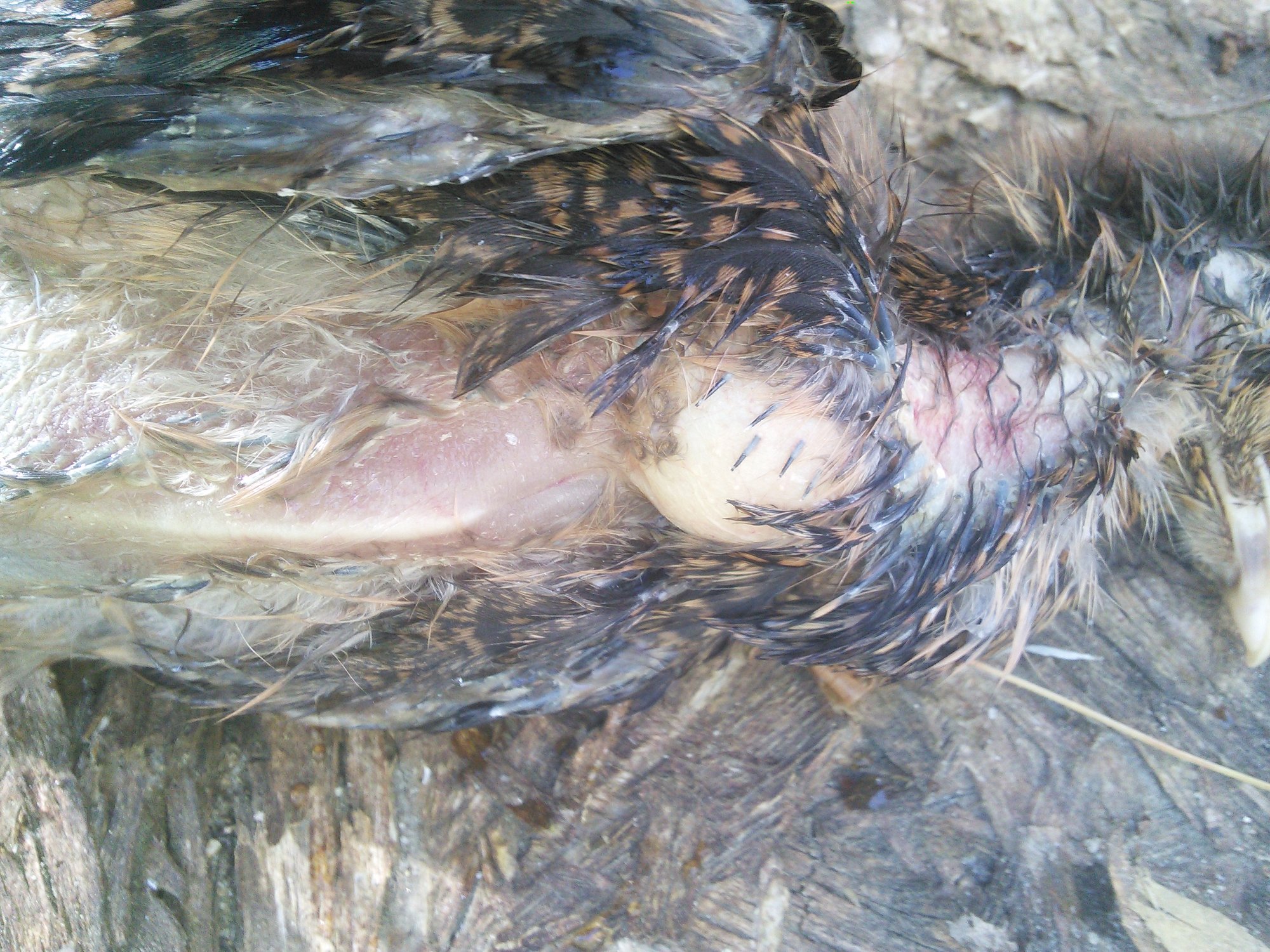 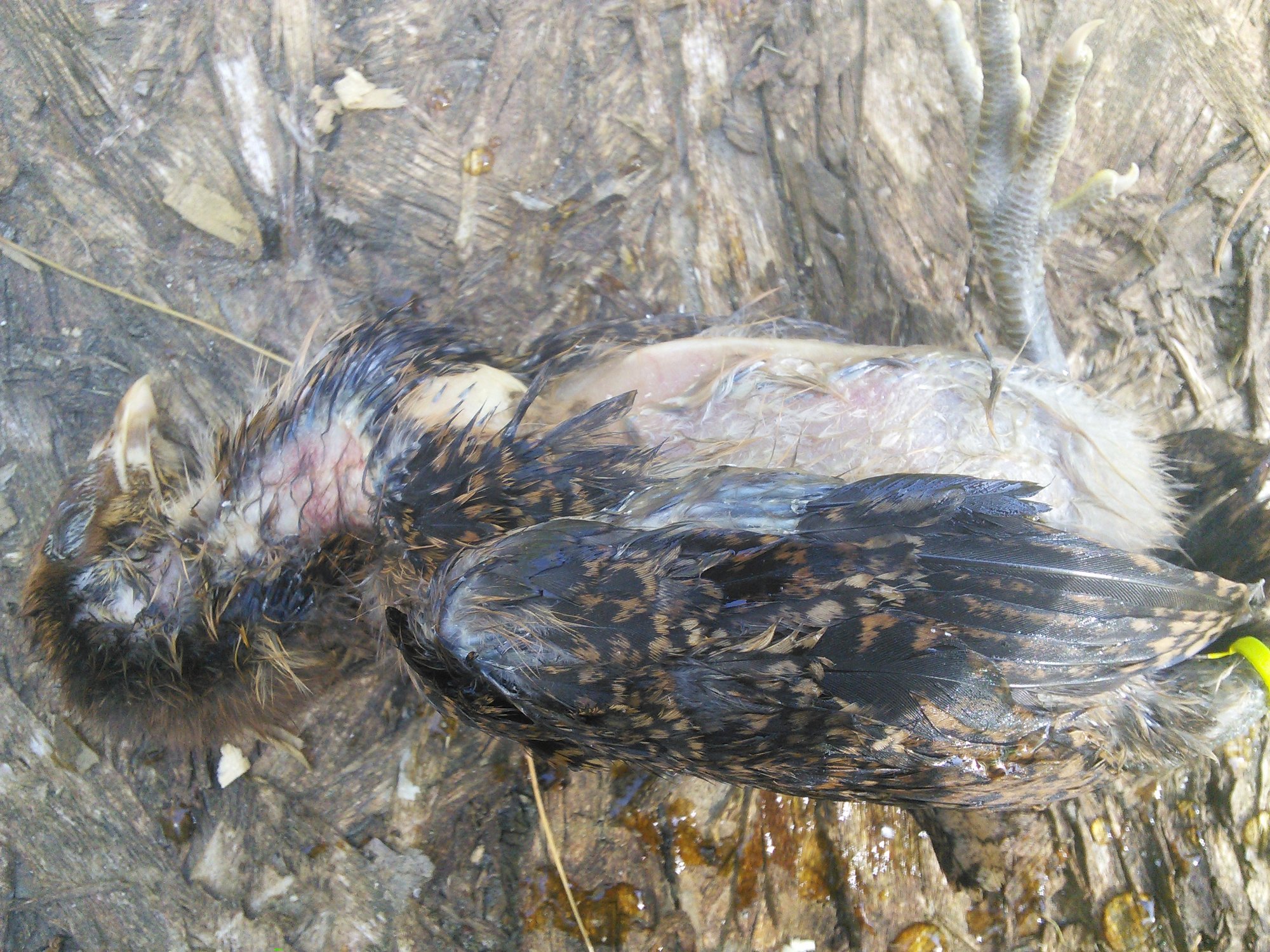 I didn't see anything odd other than the crop being very empty, which is not normal for them.
B

mustang56 said:
Sometimes if you touch the crop a certain way, the liquid or whatever does come up.
Any way you think he might have gotten a peck in the head that might have hurt him...?
Click to expand...

He was in with two other chicks of the same age. I didn't see any marks on his head, but who knows...

Doesn't look normal to me. Looks like internal bleeding maybe?