what kind of roo is this?

hey everybody! new to the group and new to chickens! my husband and i just bought a place in the country and just recently (three weeks or so ago) we were awakened by the sound of a rooster crowing. did not think much about it until it continued daily and the rooster ended up under our bedroom window. we are animal suckers, i mean lovers, so when he decided to stick around we got some food and water, my husband built him a box and a swing. like i said, animal suc...errr, lovers.
after a small amount of research, we thought he was a silkie. but now, after seeing the incredible variety of birds out there, we really don't know what he may be. his visible skin is black - face, comb, wattle, legs. his feathers are, in fact, silky in appearance. i am going to attempt to post a picture with this post. (by the way, somehow we ended up with 11 chicks since chuck the rooster showed up. i'm sure i'll be posting lots more!) 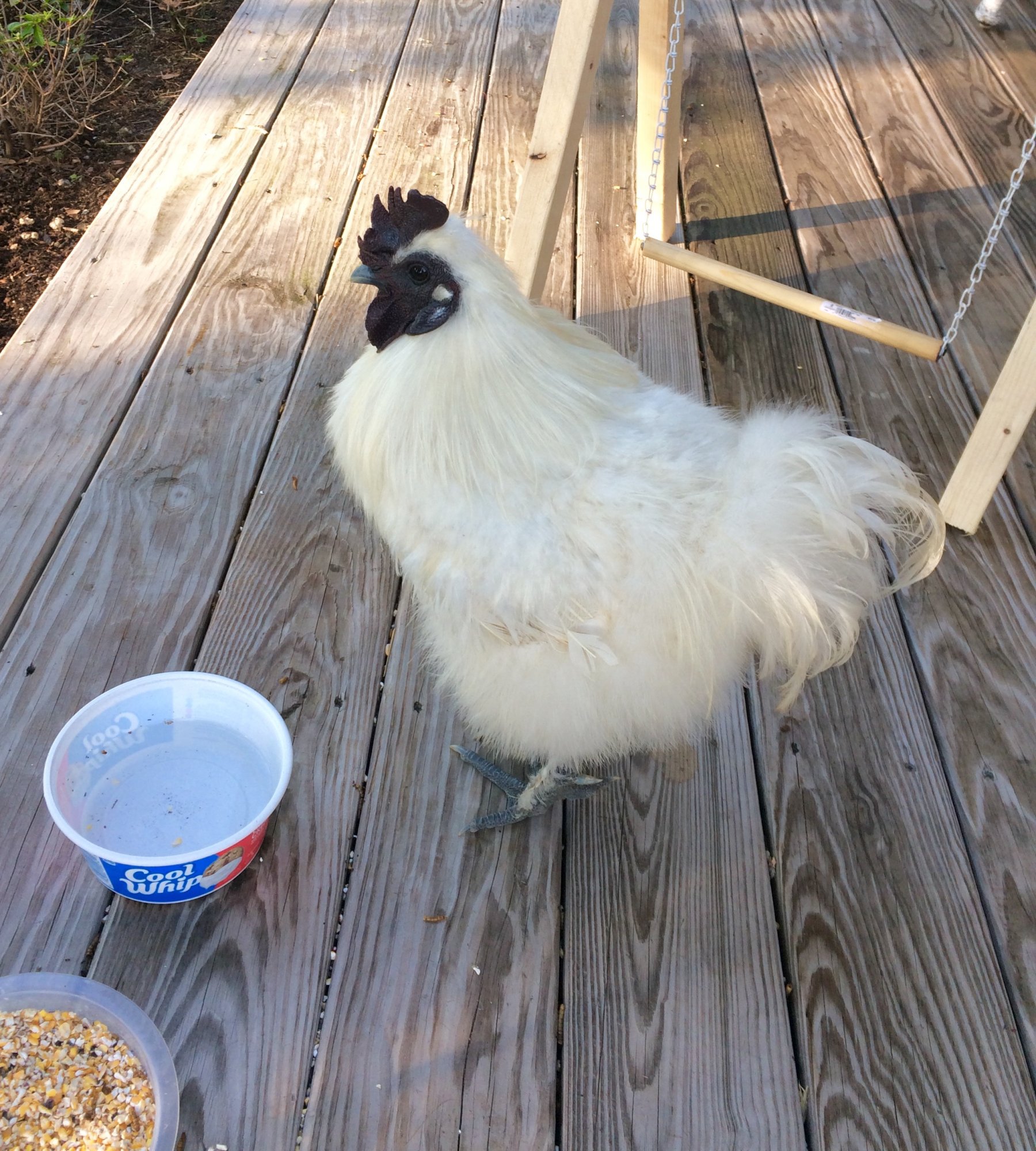 Now THAT is one WEIRD looking bird!

Silkie appearance, But A SINGLE comb.....

Welcome to BYC and the wonderful, always something to learn, world of raising chickens.
(I'm curious what people think he is too)

He is definitely a Silkie cross, I'm not sure with what though.

Is he as soft as he looks?

mymilliefleur said:
He is definitely a Silkie cross, I'm not sure with what though.
Click to expand...

Thank you! He is not very friendly

KikisGirls said:
Is he as soft as he looks?
Click to expand...

I can't get close enough, "Chuck" we call him will charge at us!

He just appeared at your house right?
It may take him some time to adjust..or he may just be a meanie.