My 4 year old goose has had a limp now for a few months. I’ve tried changing his diet and although he’s not limping nearly as bad it’s still noticeable. We don’t have an avian specialist in the area, and I was hoping a little time would help the process but it’s still there. I’ve checked his foot but nothing major seems to be showing. He’s got a bit of swelling on the top of his second toe and his leg is all scaly. I don’t really know proper protocol to owning geese and I have read a lot of forms hoping I would find something similar to my case, but it seems taking him to a local vet may be the best option. It doesn’t seem to be bumblefoot unless the head of it hasn’t surfaced yet, and he doesn’t seem to be lethargic or sickly otherwise. He’s been eating mostly grass and all flock. I’m wondering if it’s broken since it came on so suddenly, but then again it’s hard to tell because he’s a horrible patient that does not take well to being handled. Would hate for it to be something serious like staph and I’m taking all this time hoping it will heal itself.

Can you post a picture of the bump and of his leg looking scaly? Does the bump or any part of his leg feel warm or hot to the touch (more so than elsewhere on the leg)? 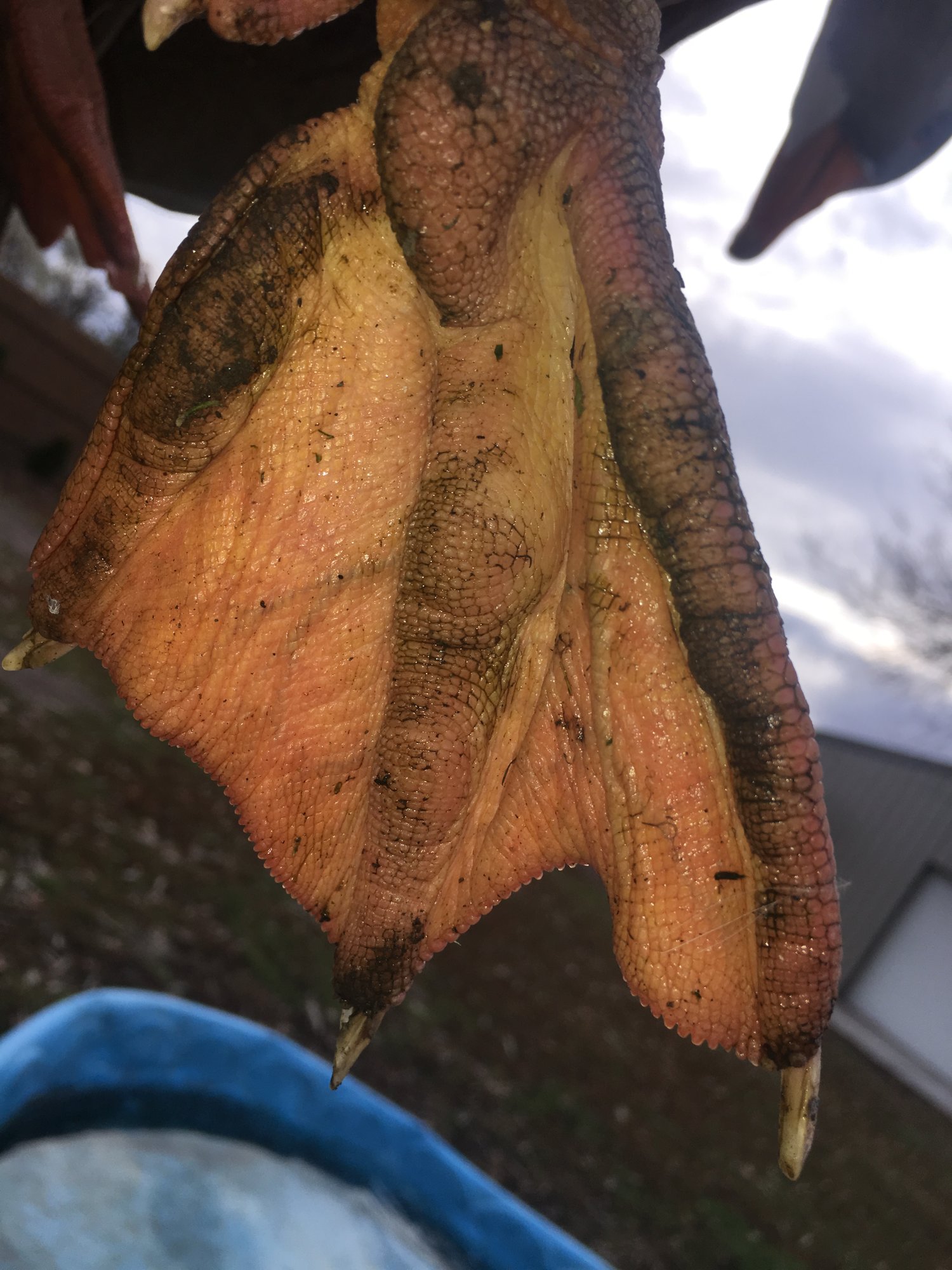 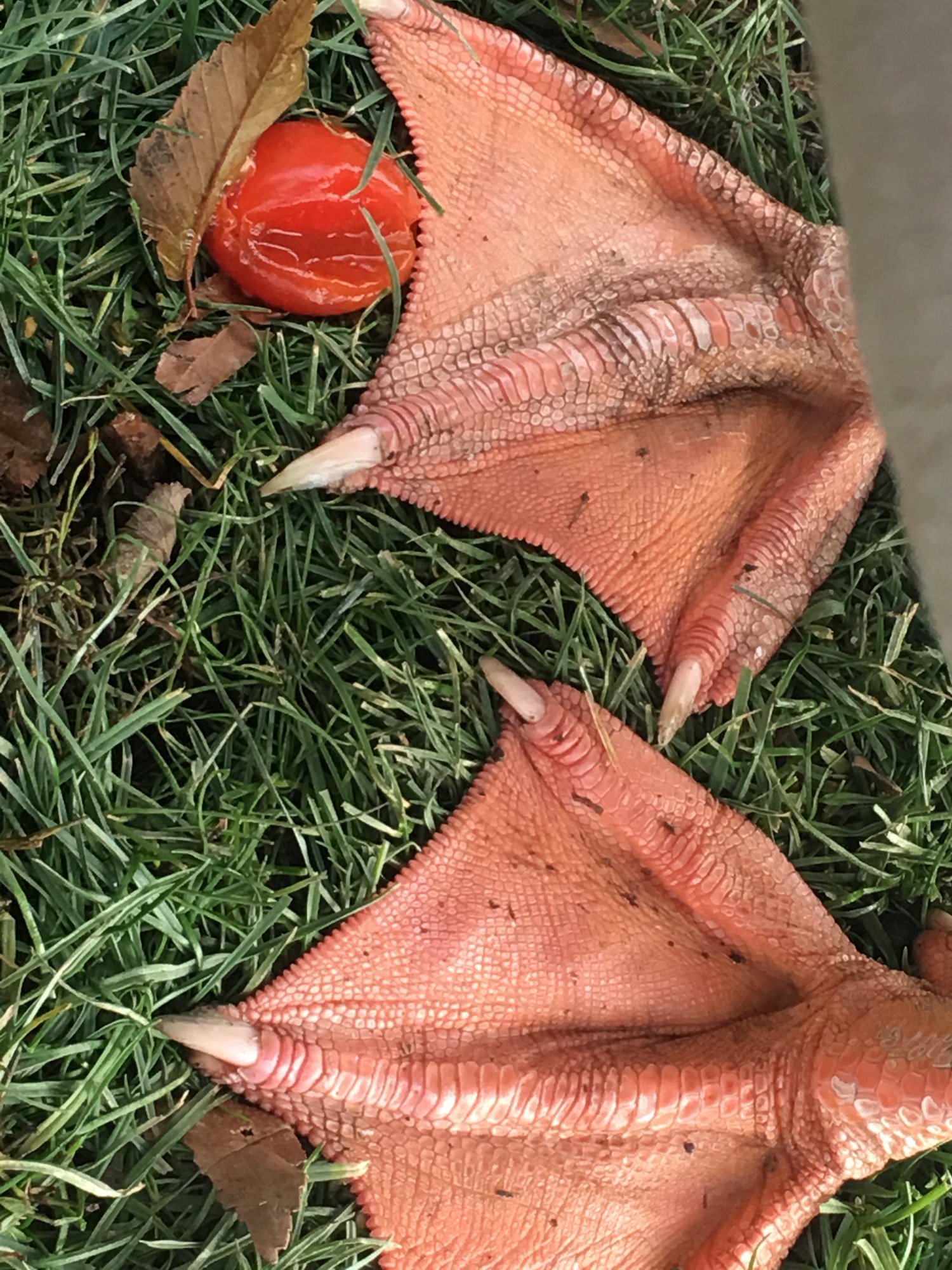 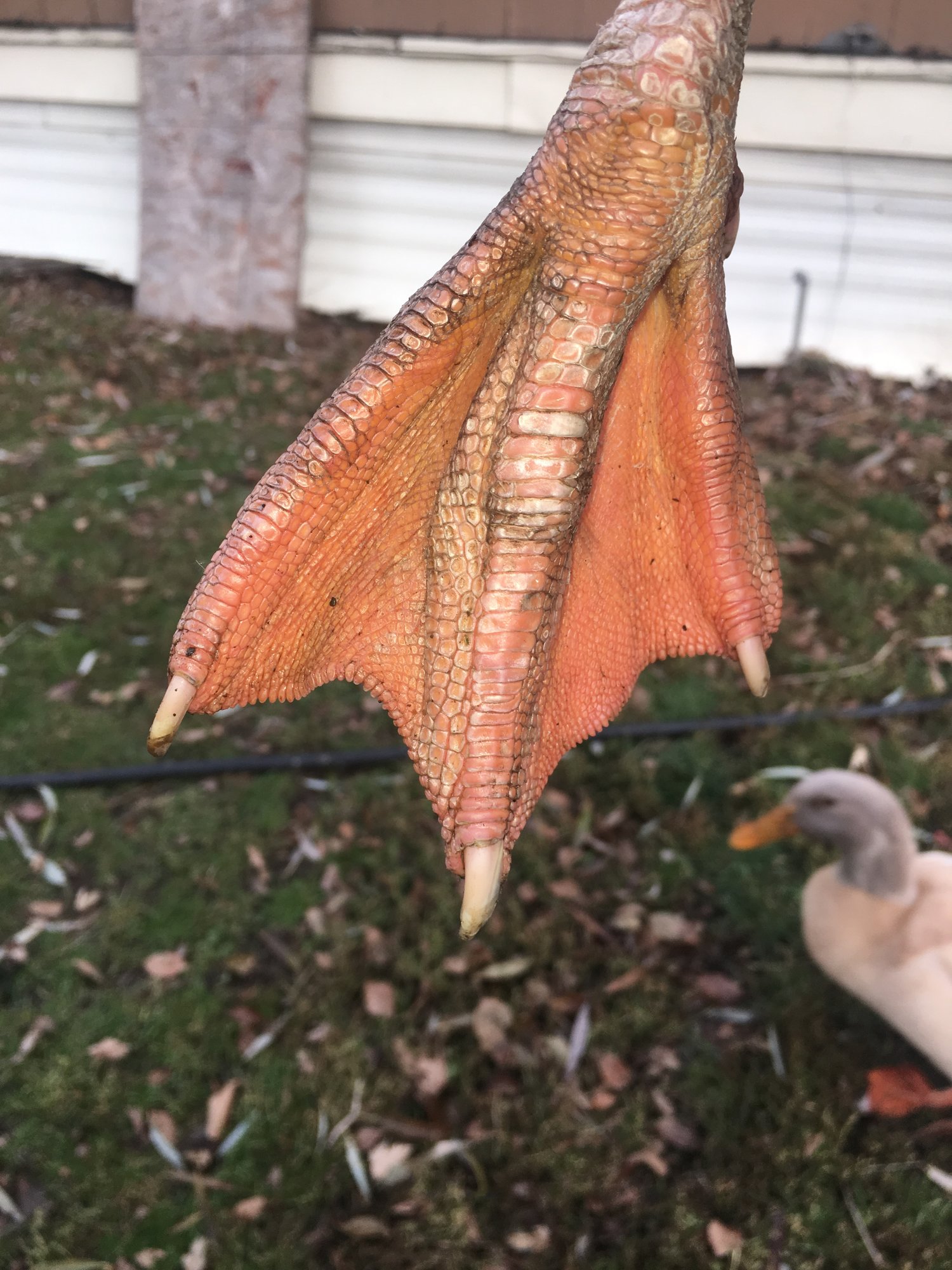 It looks like it might possibly be bumblefoot that hasn't come to a head yet - @casportpony @WVduckchick @Miss Lydia what do you guys think?

Pyxis said:
Can you post a picture of the bump and of his leg looking scaly? Does the bump or any part of his leg feel warm or hot to the touch (more so than elsewhere on the leg)?
Click to expand...

@Britt10 can you answer the questions Pyxis asked please.

I’m not sure if those bumps are normal or not. Maybe you could compare them to another goose? Or look thru old pictures and see if anything looks different than it looks now?
Also maybe apply some light pressure in spots on the leg/foot, to see if any particular place causes excessive discomfort.

It doesn’t seem to be hot to the touch. How long does bumblefoot take to surface? We first noticed the limp in September, but he won’t let us wrap the area to take strain off the swollen part of his foot. I heard theives oil helps with bumblefoot?

As in Thieves essential oil? Most essential oils are not really made to be put into contact with skin and can cause burning and rashes. Additionally, a lot of them are toxic to animals and many animals have died after they were improperly applied to them, or even just diffused around them. I would not use any essential oils on animals, ever, unless specifically directed to or cleared by a veterinarian.

For bumblefoot, if that is what this is, some people have had luck heading off early infections by soaking the affected foot daily in a fish medicine called Tricide Neo. However, once it is advanced enough, the only way to cure it is the cut out the infection. If the infection is not removed, it will continue to fester until it goes systemic and kills the bird.

It can take awhile to surface. I once had a leghorn hen that developed bumblefoot on her middle toe and it took a long time for the scab to finally appear - it was on top of the foot instead of on the bottom as is the usual presentation.

It's also possible that he somehow fractured the toe, which is causing the swelling, and of course it would be painful, causing the limping.

I vote a fracture. I've had a couple turkeys through this in the past. Both limped for a while as it healed but being on the foot, it will take a while to heal since its impossible to keep him off of it. I would keep an eye on it, check it at least every other day, just in case it is bumble foot and you can relieve the infection comes to a head. If it's a fracture, it will just slowly heal up.

I had lots of flocks of geese and limping is not uncommon. it seems that the culprit is in the hip, usually, I never had to kill one because of it. they usually get over it..
I wouldn't push on anything to see if I could cause discomfort. If it did, what do you gain ?? might do more harm than good.
maybe hold off on the fattening feed a bit and lighten his load for awhile..