My new Muscovy drake I got yesterday has a very swollen face, he is also very light for a drake. The swollen part feels hard and he doesn’t have any foam coming out of his eye. Should I take him to a vet? 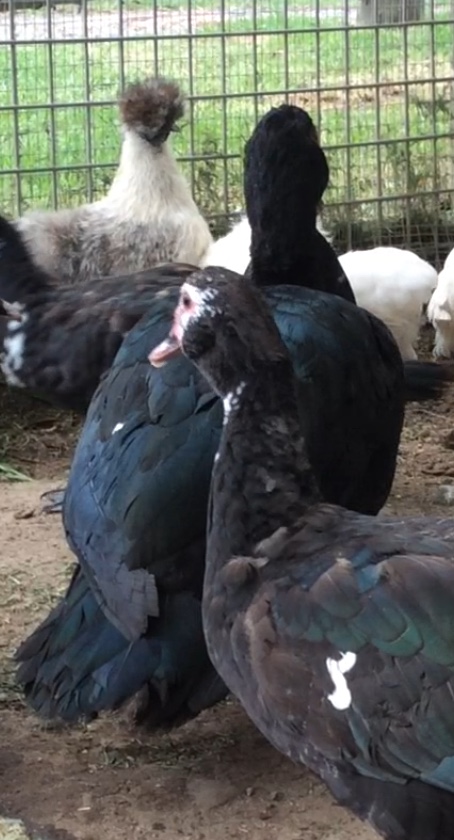 Behind view of him 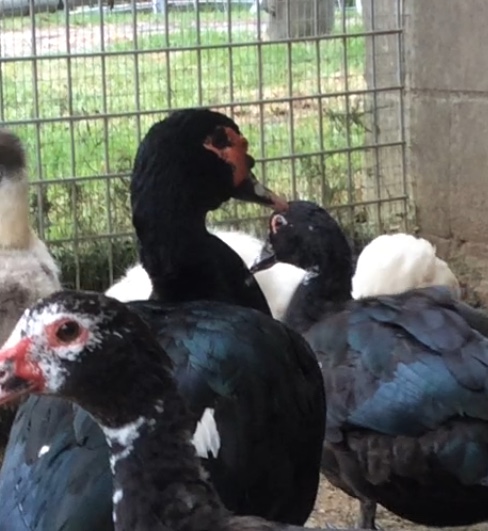 What do you think I should do?

Could be sinus infection. If you have a vet that will look at him then by all means he may need an antibiotic. Beautiful scovys !

He died over night, he was in bad shape.

Quacking Pigeon said:
He died over night, he was in bad shape.
Click to expand...

I’m sorry you lost him. He was beautiful

I am so sorry did you contact seller since it maybe something contagious? Sure hope not.

No Idea What The Duck I’m Doing ;)

I too share condolences about losing your duck. He really was a good looking Muscovy. I hope it was an isolated issue and not something that presents itself in your other flock members.

None of my other ducks have it so it was him. The females that he was with are healthy and active but I’m still keeping them in quarantine until I know they are definitely in the all clear.

I have kinda tracked where the drake has been in the last few weeks. This is the pic when he was first sold: 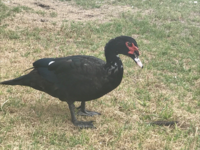 He looks quite healthy in this pic but I can’t be sure.

Then he was sold and went to another place that has heaps of poultry (100 or so muscovies and pigeons). I bought 2 females there before and they were healthy and active but one of them had wry tail or a previous accident.
One of my dads old work partners bought 3 ducks and 1 drake there for a farm themed party, anyways when we got him I first noticed he had a swollen face and he was lighter and easier to handle then a regular drake. So the next day he’s even weaker and ends up dying.

I’m just going to hold off for a while before I bring new birds in.

Pekin drake aggressive towards some females
2

Kind of a duck/rooster question