Hi guys,
It’s been soo long since I have posted on here. I just want to give y’all an update on Jack, the duck I got back in April after my poor Gus got taken by a fox.

I had searched everywhere for a grown pekin duck for sale near Richmond Va, and finally found one farm a couple hours away who would sell one to me. My friend and I went over and the farmer told us to wait there and left. A minute later he came back holding Jack by his wings.(poor baby) He was filthy and his feathers were ragged and all his tail feathers were ripped off. He also had severe wet feather. He was so skinny his neck looked too long for his body.

At first, Jack was terrified of me, but he has slowly gotten used to me and my family. He and Peggy now roam the yard freely during the day, and know where they are and are not allowed. Jack loves playing and digging around in mud and leaves. He is also getting kind of cuddly. He is far different from the scraggly little duck who fled frantically from me the first day he was here. 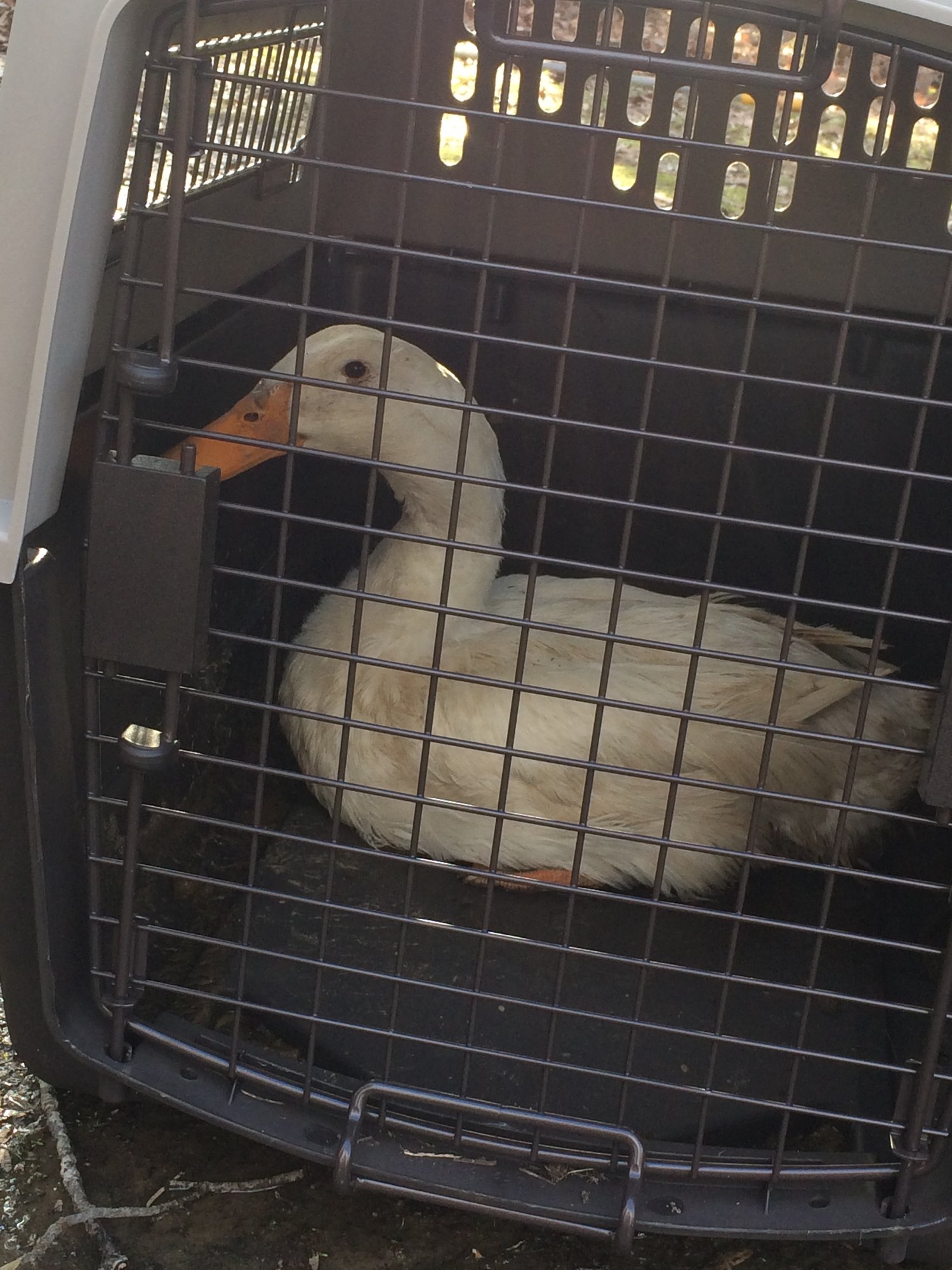 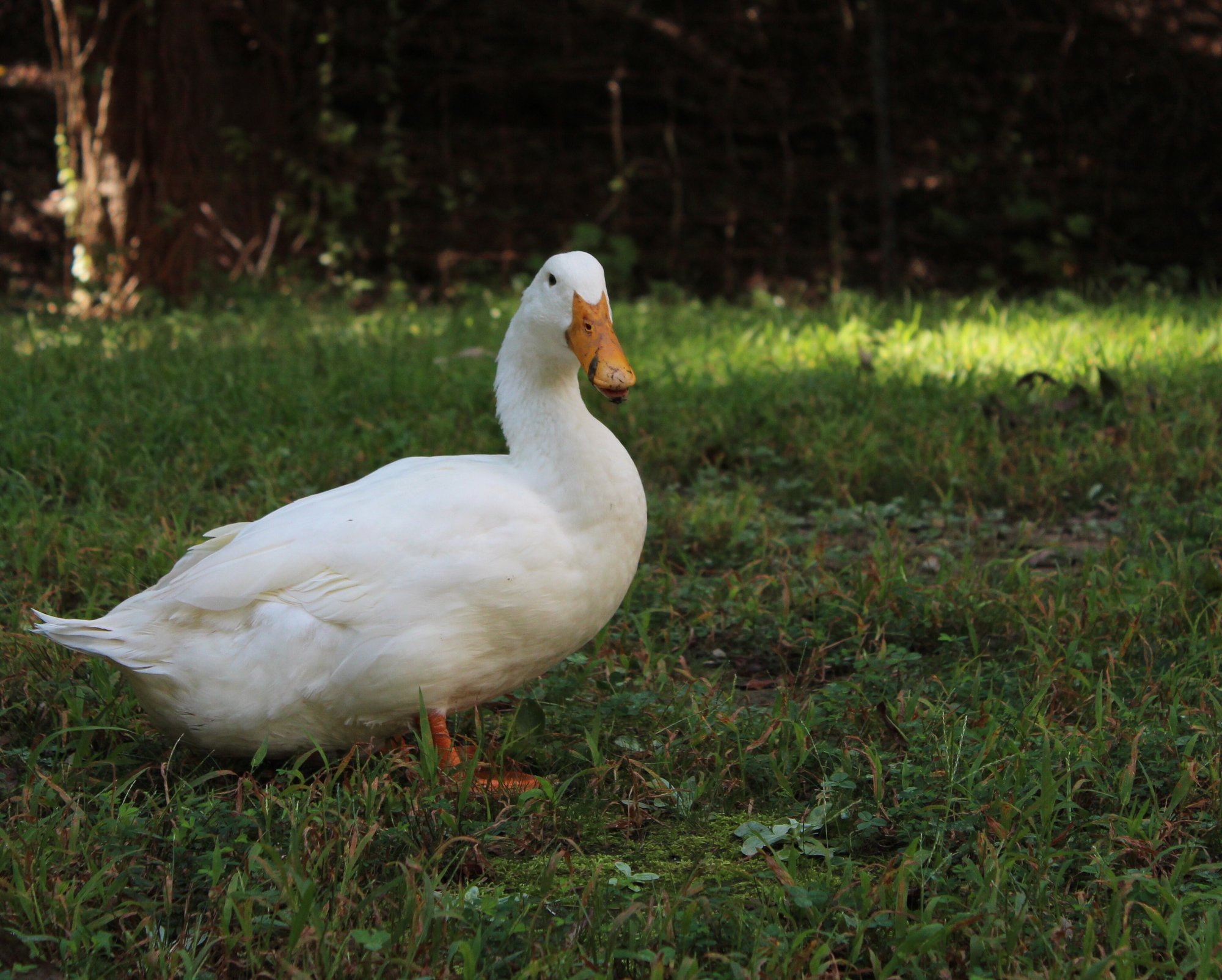 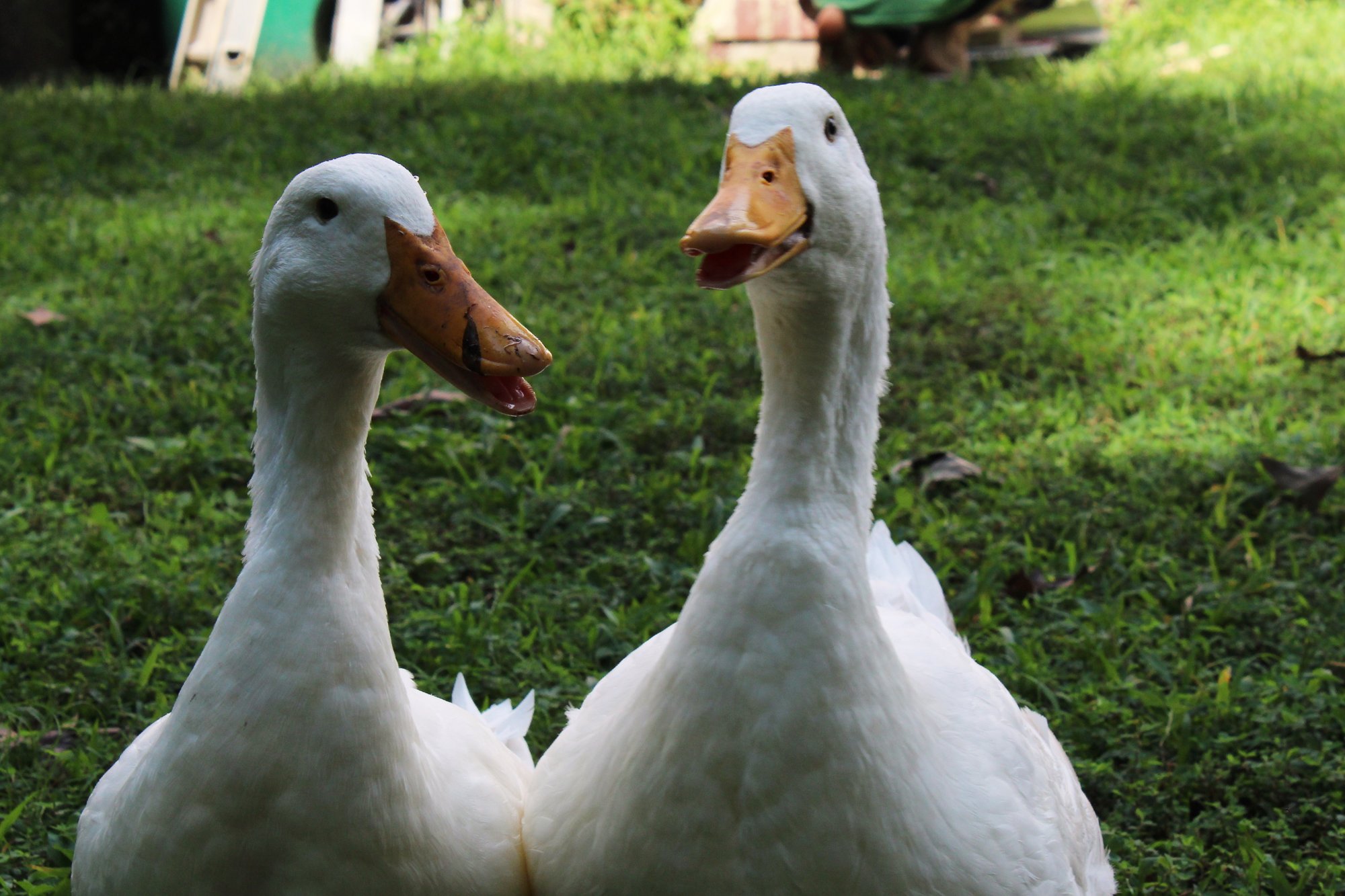 They love to go foraging in the yard together 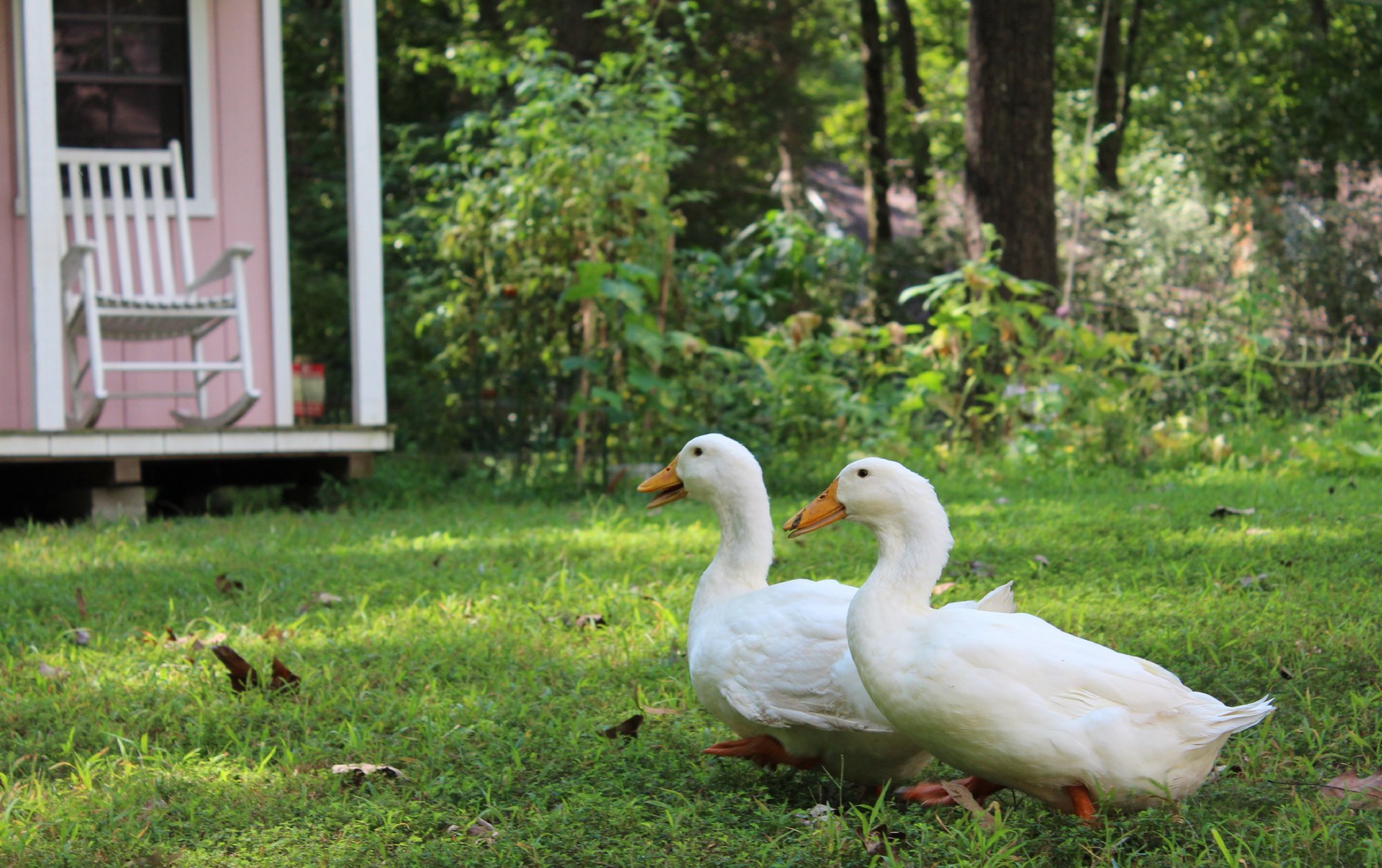 Look how majestic his wings are 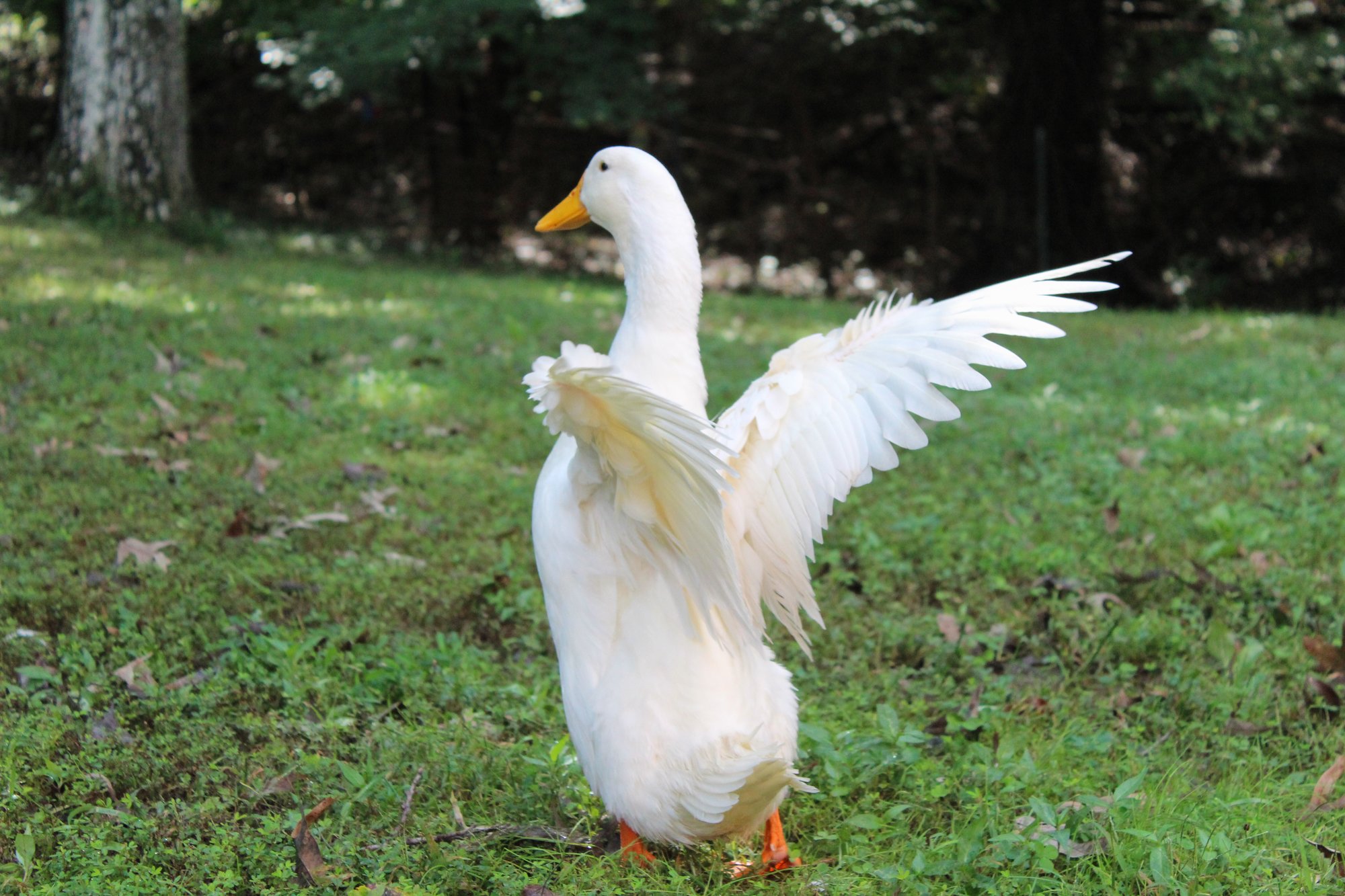 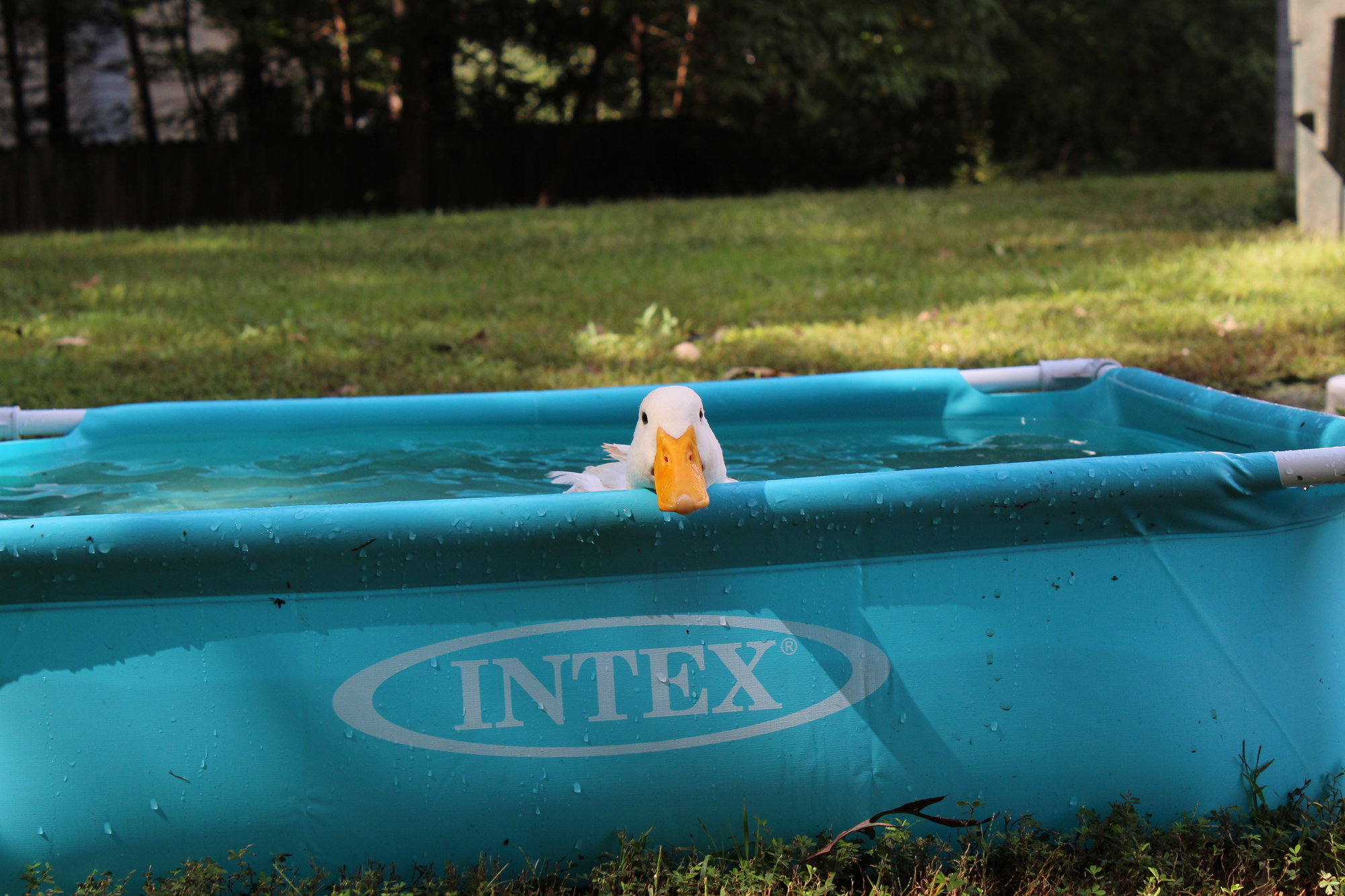 poor ducky no duck deserves to be treated that way,glad you got him and made him happy.he is an adorable little guy

What a handsome boy! And he’s clearly very lucky that you found him. Thank you for the update!

Cute couple for sure. What a difference you have made in his life. Just ducky!

I just love this

Such beautiful and happy quackers.

I love that last picture! Such a cute guy, glad you could give him a good home.

The last picture will win the picture contest

Texag87 said:
The last picture will win the picture contest
Click to expand...

Haha I did enter that one in the contest so I do hope it wins!

Awesome update. Jack looks great and looks very happy too. You have done wonderful at getting him healthy and happy.

S
Poopy problems with my duck.

My duck drank bleach water! What to do?!

What is going on with my pekin ducks?