So here's the deal. I only have ONE coop. It's split down the middle (ducks on one side, chickens on the other). My dilemma is that my ducks are filthy piglets....not to mention they are MEAN & they have KILLED one of my Sultan ROOS!

so I've decided to build something else (aka another coop) for them with a little bit of a different design. And of course, that will leave an EMPTY side of my already existing coop-which must be filled.

Here is my exsisting coop: 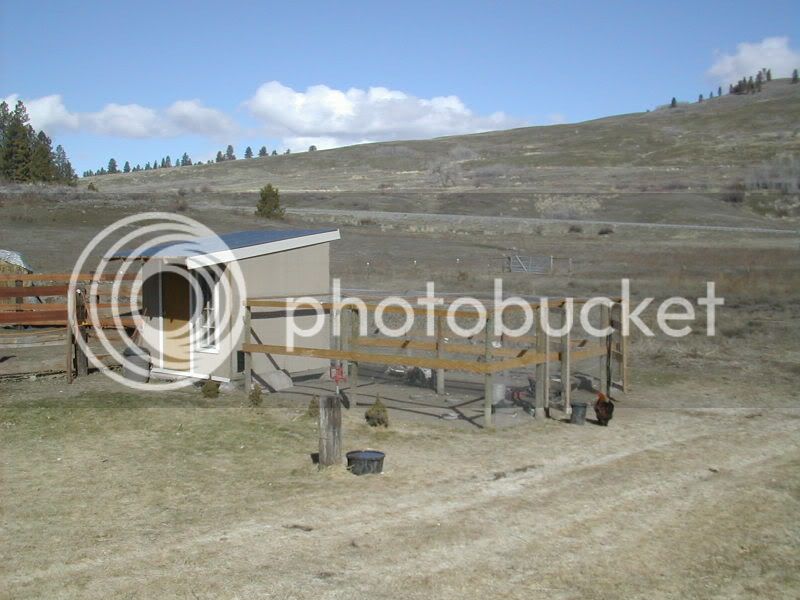 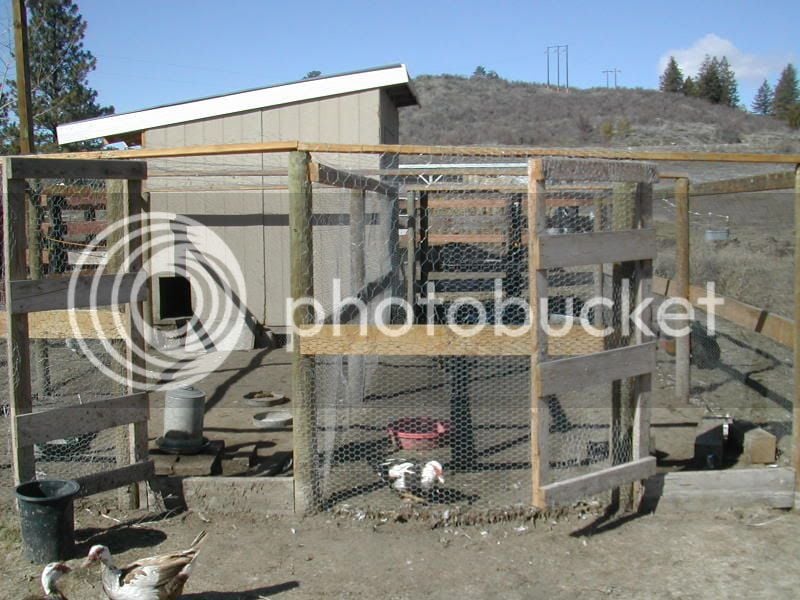 A view of the front--it's not painted yet, but you can get the idea. 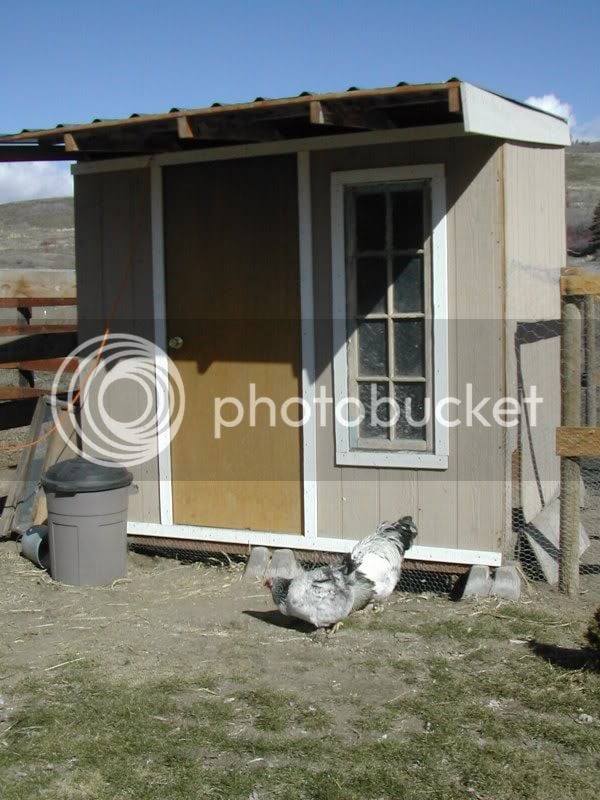 My idea is to build something that I can also split down the middle like the coop I already have, but I need it to be economical, as well. Our last coop is pretty nice but it did cost about $2k to build, so I need something that won't cost as much & it doesn't need to be as pretty or elaborate, just functional. One side will house my ducks, the other--my Sebastopols & Brahmas. The coop I have now, will house my bantam Sultans & my standard Cochins.

This new coop will be located on the opposite side of our property from our other coop & it will not have electricity to it, unless we run an extension cord out to it. In additon, rather than runs, this coop will have a yard--which is about 100' long x 50' wide? I am planning to use 5' "horse fence" & bury it in the ground, a little bit as a barrier. Our dogs will have access to roam around & guard the area, but it won't be a covered area--but I think my geese, muscovies & larger fowl will be okay from flying predators???

So I'm needing designs which can house multiple types of poultry (including filthy ducks/geese) and a design which will allow me to also house chickens, comfortably. We do have quite a bit of metal roofing left over from our house as well as a couple of those clear roofing panels to use....so I won't have to buy any roofing stuff....

I don't think the coop will have to be THAT large, since the birds will have access to a huge yard to roam about in, but they'll be overnighting in the coop....???? I have 5 muscovy hens & one drake. I am hoping to have 3 or 4 geese & I've got 4 brahma hens & 1 brahma rooster. If I could find another breed of chicken that could defend itself against my ducks, I'd add those as well...but so far, no such luck. I thought the bantams, although small, would be able to run/fly get away from the ducks, but that wasn't the case.

So I'm hoping to stay around a few hundred bucks on the coop (I found the fencing I need at Home Depot for $125 & I already have the roofing stuff)....

I am new to chickens so we ( my boyfriend and I ) just built it based on what lil bit we new and what we new from other animals. Ours are still chicks so we built a coop but havent decided about the letting them on the ground part of it yet. It is like 8x6 or something..only 3 chicks..with 2 boxes like nesting areas for them to go in. We used poultry wire around the while thing..and it only costs about 100 or 150 for everything

We used all 2x4s and a tin roof(we already had the tin) they stay at his house so he wanted it perfect!

Beautiful land out there!!!

Do you have any pics?

Mine doesn't need to be HUGE--but my ducks are good-sized & so are the geese & Brahmas...So maybe a 6x6 with lots of roosts & nest boxes that are on the outside of the coop--like hanging on the exterior? I'm not sure?

Quote:
Thank you! It look a while for me to get used to the "desert" being from Portland...but it's growing on me. We own 10 acres & lease an additional 120. But it's still not enough because we don't have any irrigation So I have to sell one of my horses so we have enough grass to feed the other 4 through the summer time. Last year, we had to start feeding hay in August!

Yeah if I can find the cord for my camera I will try to get them on here. Yeah you could make the box and then choose a side and build the boxes into the side and just have legs coming off the boxes for support (if your going to put it up off the ground) If not you can make the whole side nest boxes with seperators or if only need a few just close the rest of the side up with wire or your building material. I will try hard to get pics up here asap

I am not sure about the floor? I've always heard you're not supposed to house heavy breeds on wire....but I was thinking...maybe of a couple of A-frames with three sides & a roost in it, with a few nest boxes would be cheapest... and just use the ground as the flooring so I could go in & rake it out....but I'm just not sure....

Yea Im new and I wasnt sure about the wire thing either so we had some left over like linoleum haha that we put down over the wire and then the pine bedding so it can be cleaned easily.

B
SOS need some tips on silkie coop