Poultry and Dogs - Who Has Happy Pictures and Stories?

Chknldy said:
I have a Border Collie/ Australian Cattle Dog cross that is the best dog ever.  She helps my daughtger catch chickens and can even herd chickens on the command 'Freckles Get the Chickens'.  In fact even if the dog is not there just saying 'Freckles Get the Chickens' and all the chickens immeadiatly head back to the coop.  If two roosters fight she will jump in and break them up, she stands between them until they both turn and walk away.  I can't say she likes chickens I suspect she looks down on them but she seems to understand that they are important to us therefore it is her job to protect them.  She only chases chickens when told to otherwise she ignores them.  She doesn't eat chicken poop but she occasionaly will eat the lay crumbles.  However she is a stone cold rodent killer and has been known to jump on hay bales to catch rats in the rafters.  She has also taken on a raccoon that came to feed on the cat food, she fought it and eventually treed the sucker. She cornered an opossum but waited until I said 'Get 'em' to go after it and let it go when I told her to.  I have never had a dog that I could tell to 'Get 'em' and they WOULD get it! 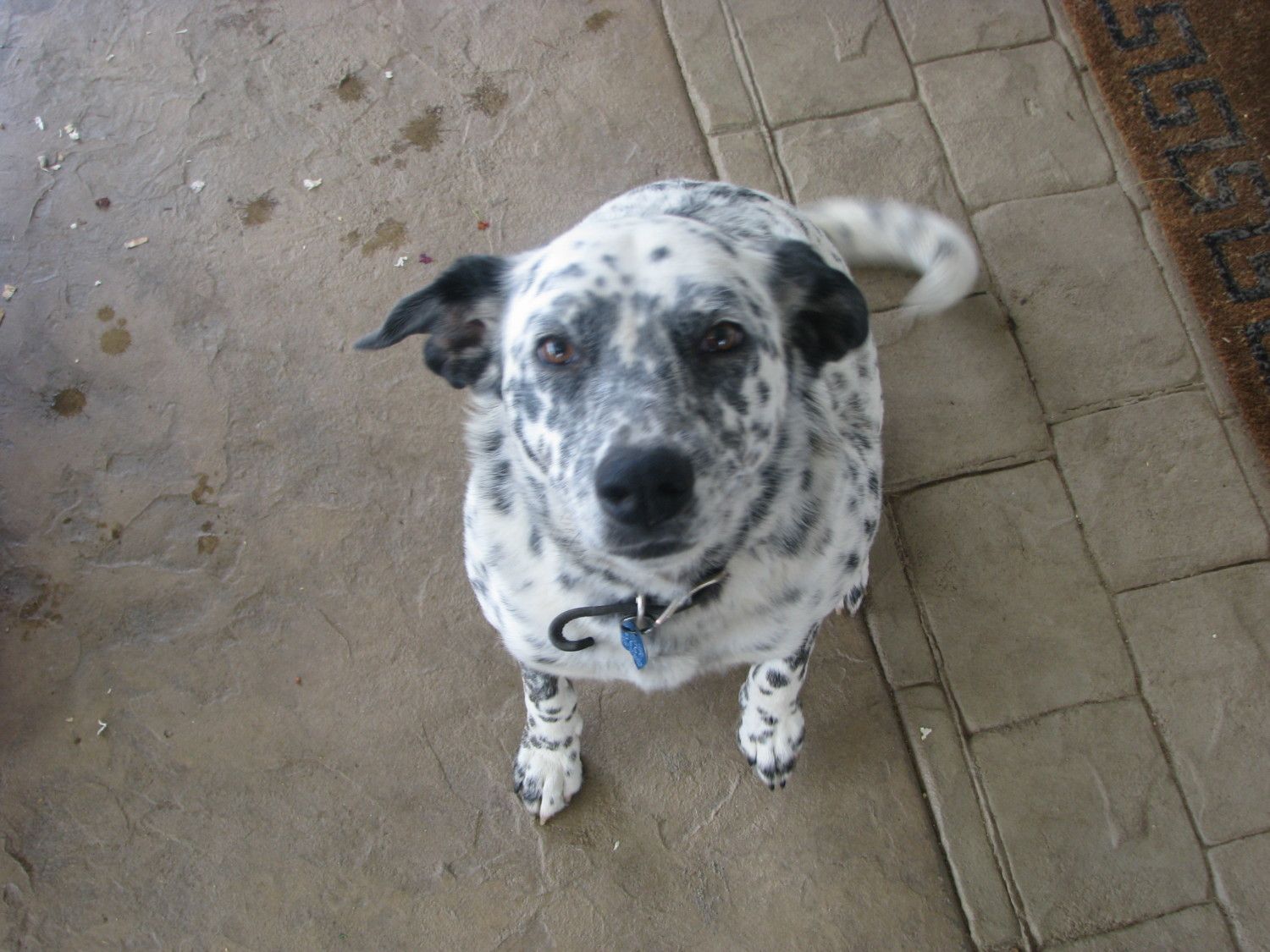 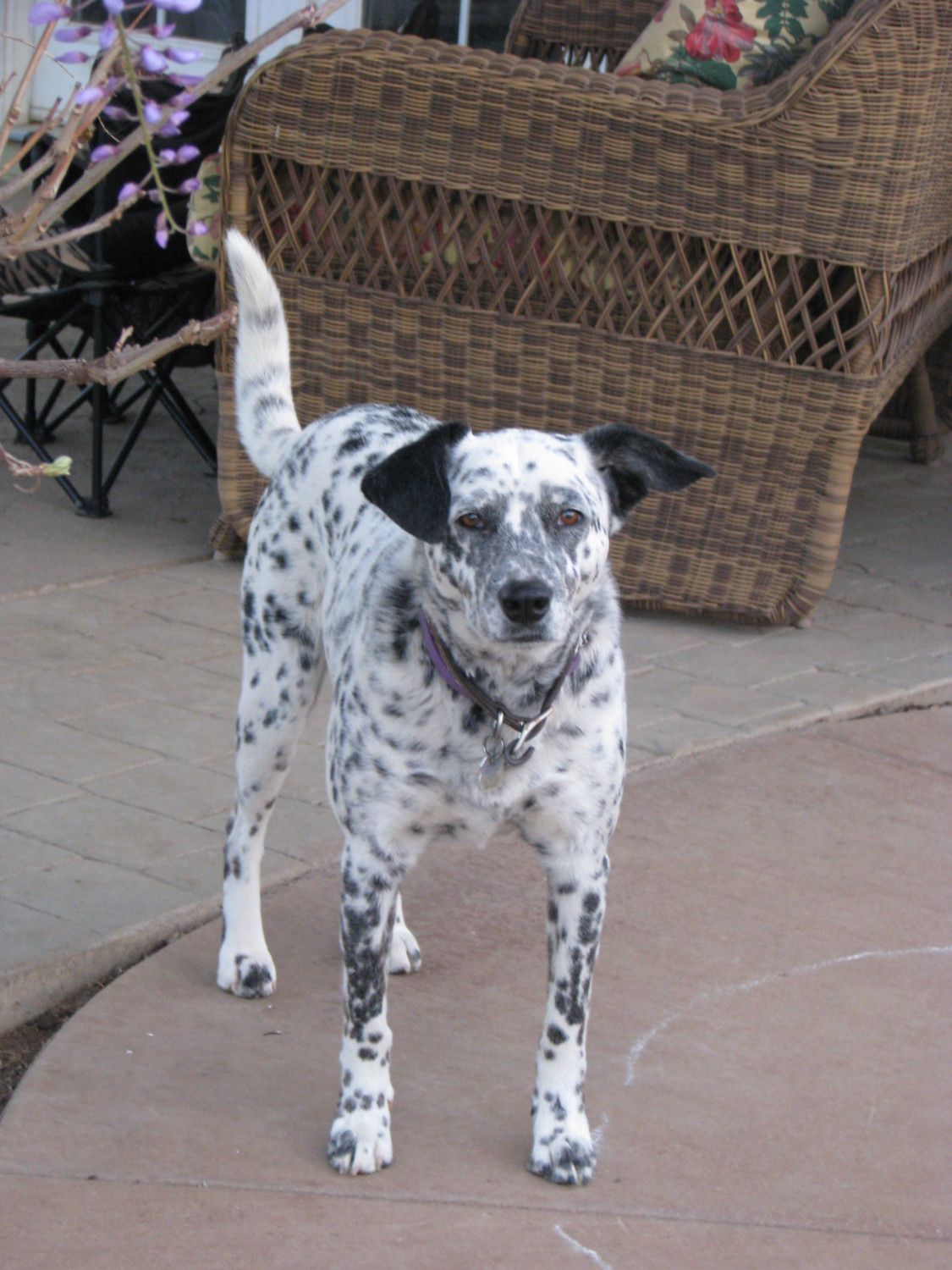 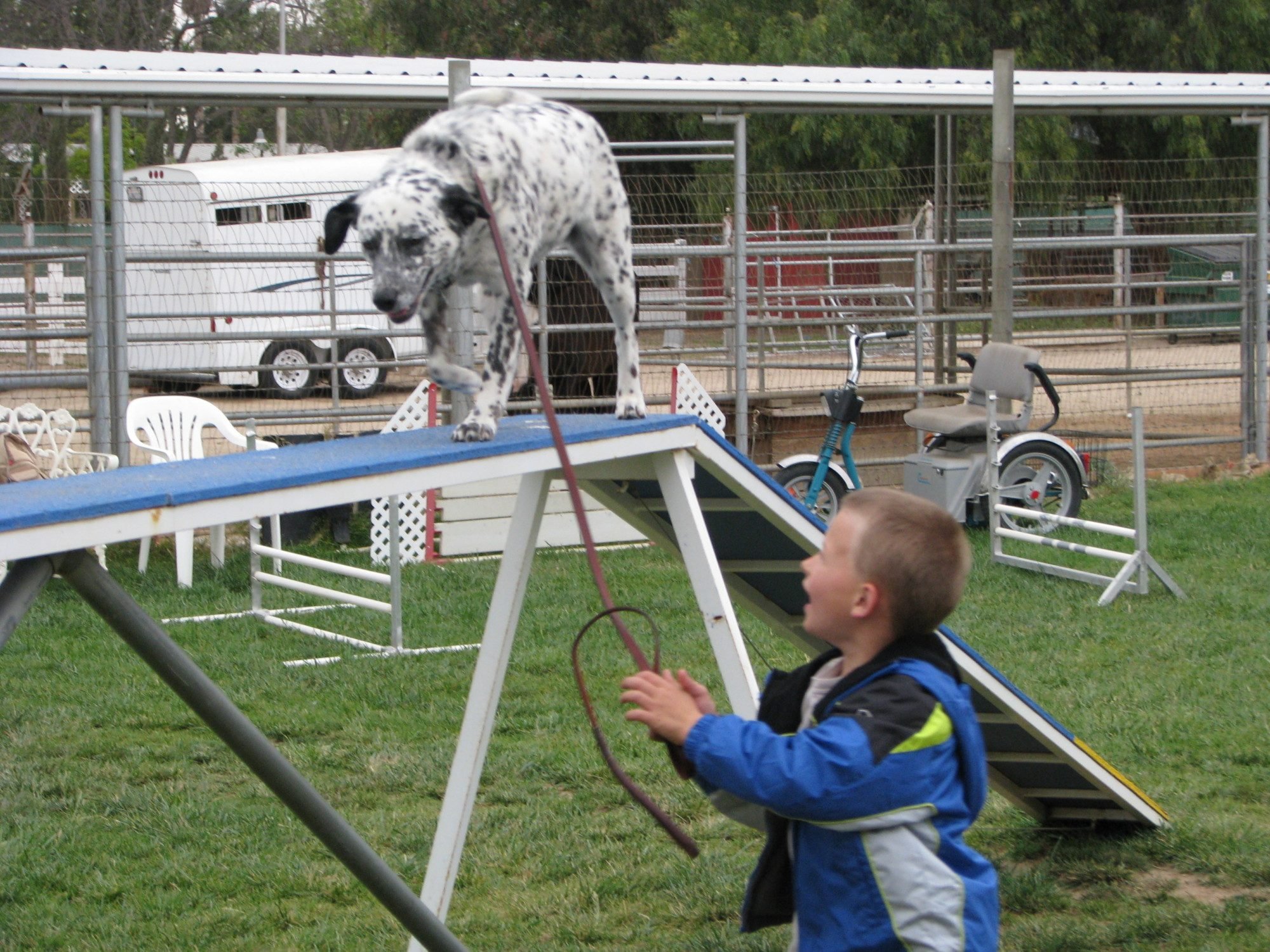 She loves my son, considers him 'her boy', she does obdience, agility and showmanship with him since he was 5 yrs old.
Click to expand...

Forget the dog with the chickens, I WANT your dog! She is adorable!

Love the thread.
I have the German Shepards, now I just need the chickens

Just wnated to say that I love seeing all the great, well-trained, well-adjusted dogs on here. Good work!

Here in Glen Cove, Vallejo Ca. we have Cutter the Aussie/English Sheperd/ Boder Collie Mix or as the cowboys would have said "that theres' a Ranch Collie!"
also Oliver, a Blue Cattledog/ Lapdog mix "the Mini Heeler or Mystery Mutt" as well as Bhindi the Black & white Border Kittie! The Cat adores and was baby bonded to the dogs and follows and Plays with them contantly, even going right up to our truck to say hello & good bye when doggies get to go on outings. All 3 are calm & interactive with our 4 hens, I think Padma & Uma our 2 col. Brahmas helped Train the 4 legged critters from the start... there is a fair amount of bluffing and chasing from chix and dogs but never any cackling or barking, and lots of close napping and dust rolling... Happy Family !

This is my beagle, Rascal...
he actually does pretty good around my birds (ducks and chickens) considering that he is only 20 odd some weeks old, usually he just sniffs around, and gets in staring competition with the roosters. I couldn't resist sharing how our dog is spending his days now that our chicks hatched. He will be sad when they are out in the coop! What beautiful, good dogs. I am afraid to let mine in with chickens!

Sometimes I think my dog wishes she was a chicken! I have a 3 year old border collie/Aussie cross (Nitro) and a 2 year old Australian Kelpie (Rocket). The kelpie mostly helps me with herding the chickens. He will bring them back into our yard or if I need it will get them back in there run. He takes his job very seriously but the chickens don't really take him serious. They have been known to completely ignore him and even peck at him if they don't feel like going where he asks. And in that case he will just poke them with his nose until they move... very cute. They are both really good with them when the chickens are out free ranging. Nitro most ignores them and Rocket just follows them around the yard keeping an eye on things. I don't have a pic of him with my chickens, but I have a shetland sheepdog who gets along great with them. His name is Flash, and he's 12 years old, so we call him the "old man," even though he still acts like a big puppy. We also have a tiny yorkie, named Spike, and we have to watch him when he's around the chickens. He only weighs 3 pounds but he thinks he's as big as a horse. We're not worried that he'll hurt the hens, we're worried that our roo will hurt him!