Obviously this time of year there will be less daylight and in FL we may have more sunlight but it's less around this time regardless.

My question is: What counts as sunlight for the quails?

I've read on here that quails need about 14 hours of sunlight each day to keep producing eggs especially getting later into the year. But I'm wondering if that has to be DIRECT sunlight (like sunlight literally has to shine on them)? I've warned my parents from building the quail run and coop next to the chickens' for reasons you're all aware of but they did it anyway. The way it's built, the quails are protected from rain (especially windy rain) as we get that a lot here in FL and shade from the blazing sun during the warmer seasons (which is most of the year for us here). There's a roof above the coop/run and there's a fence behind the coop to hide them from our neighbors because we're not allowed to build this stuff in our city and keep chickens (it also doubles as protection from the rain). With all that said, they don't get direct sunlight but they still get light. Is that okay? 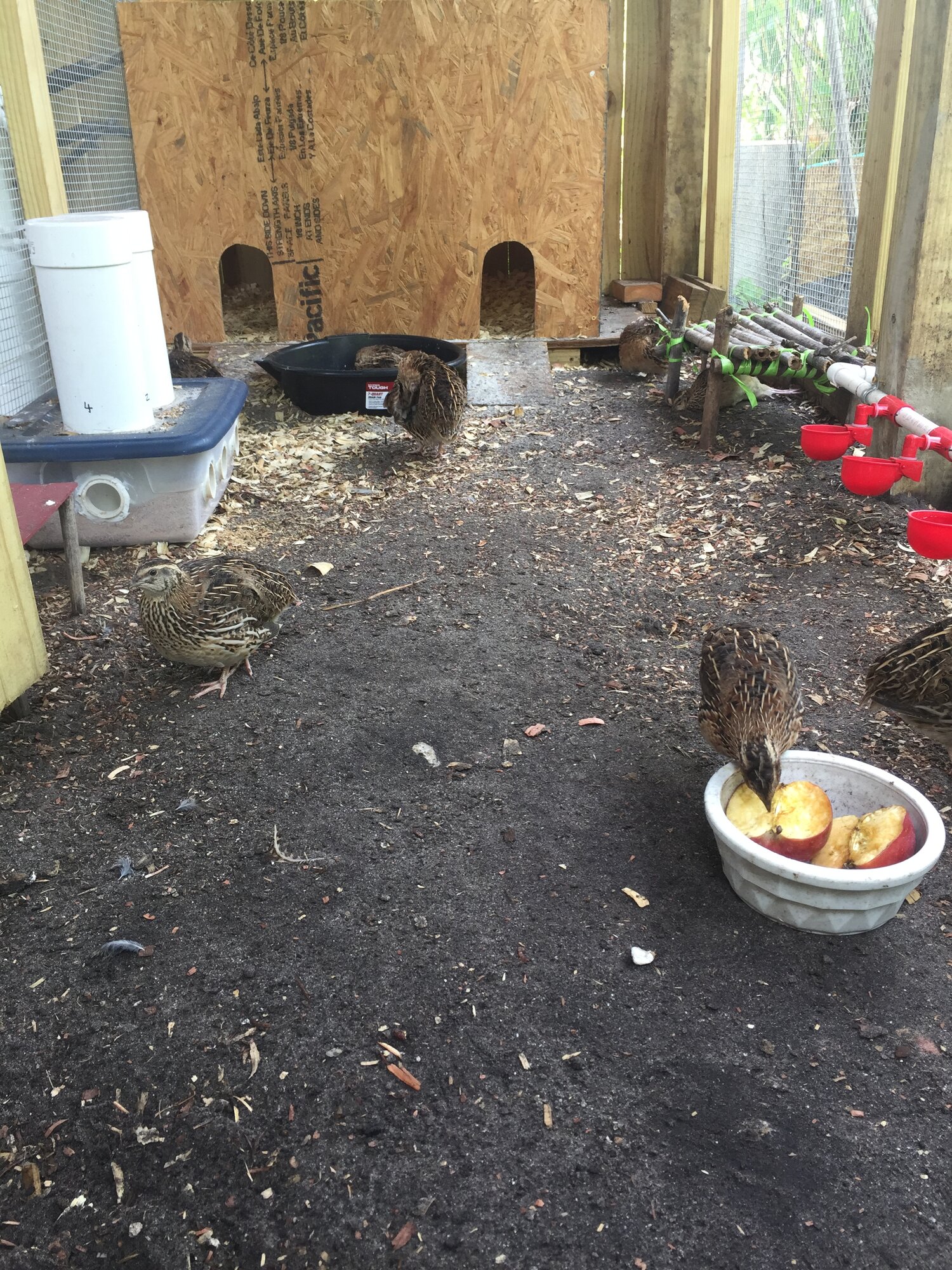 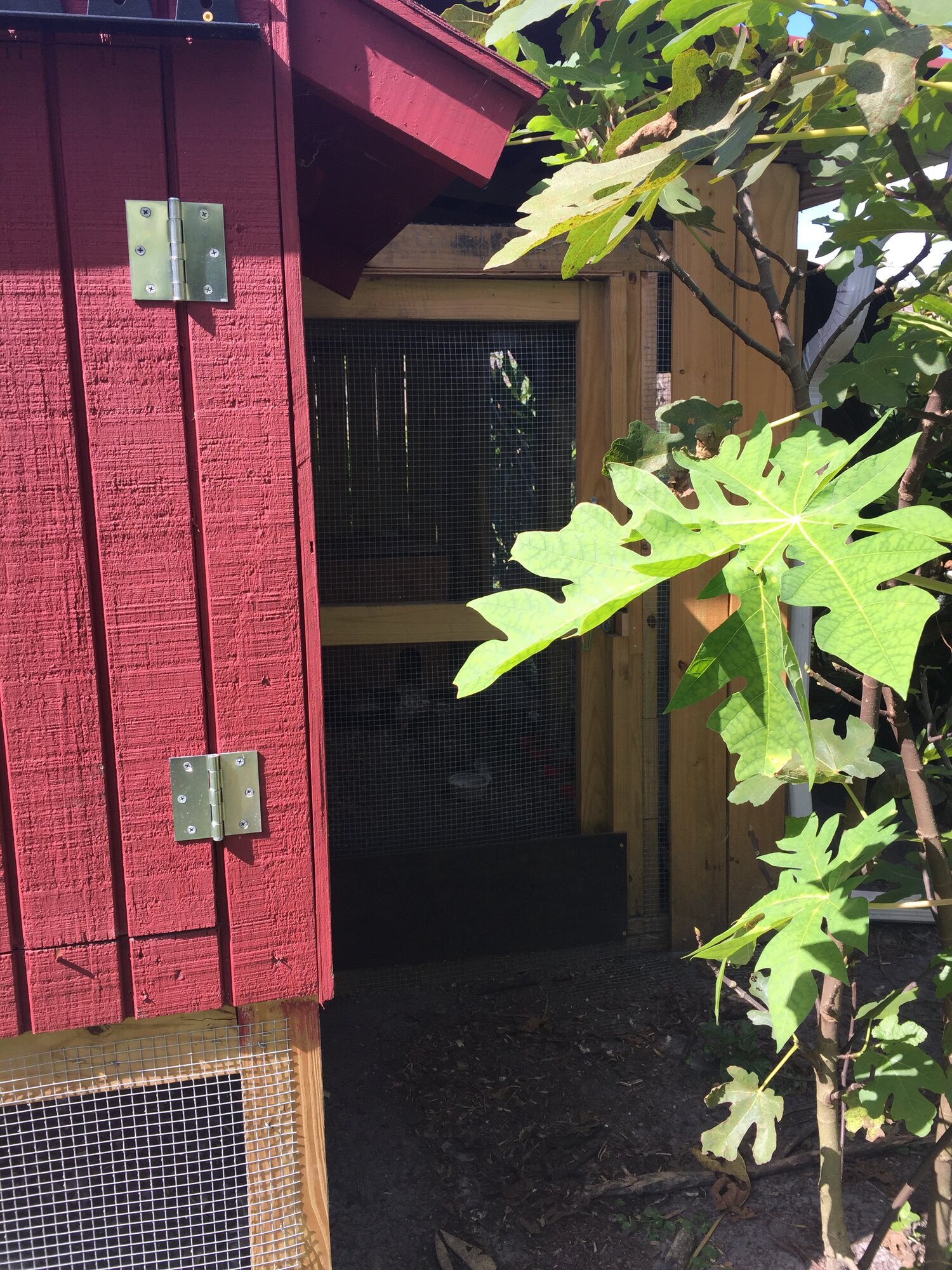 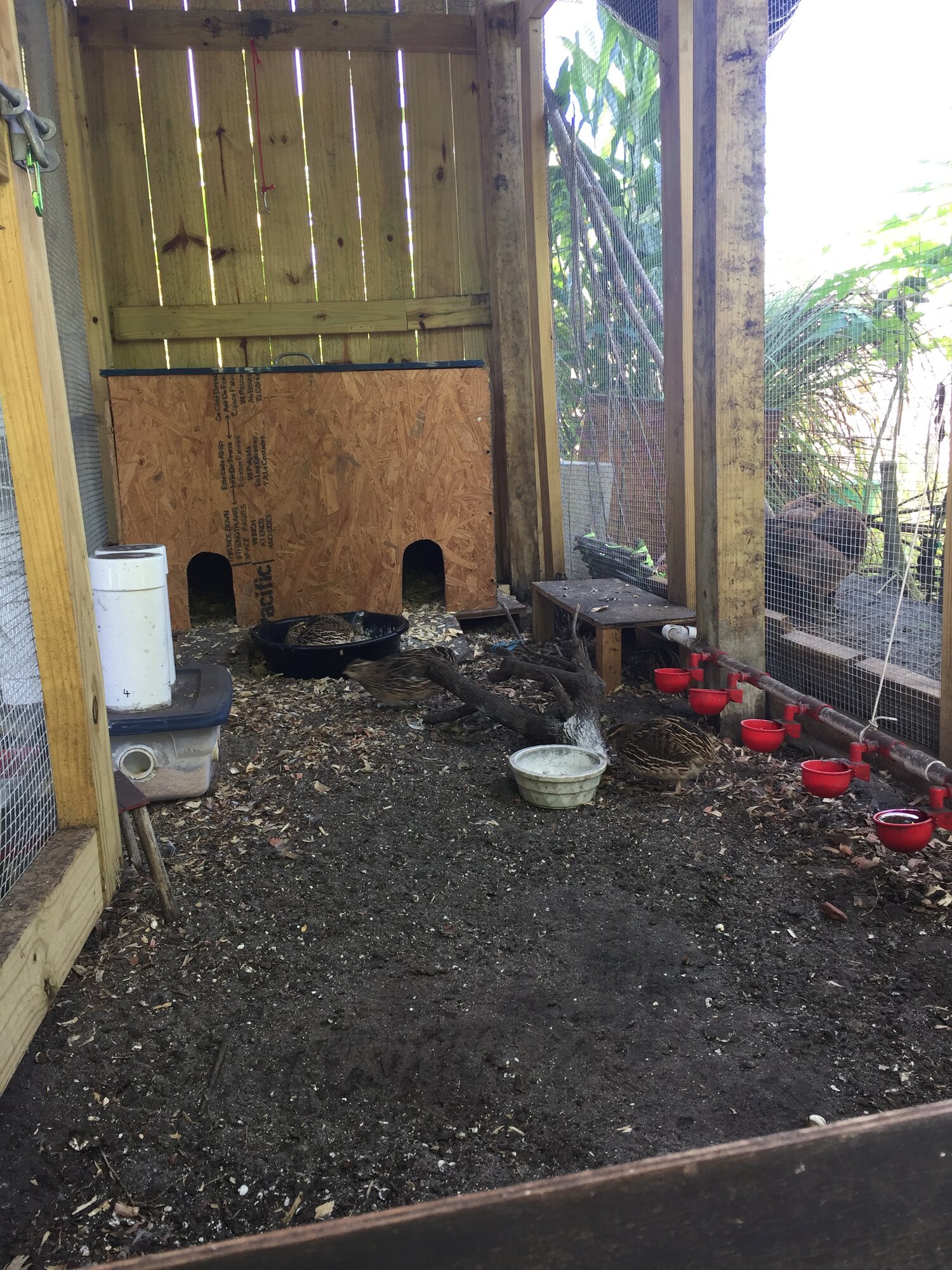 ^Picture taken today: coop now insulated for colder weather and sides blocked at quail level from wind (temporary, I'll find a better way soon). There's a large tarp that can be pulled down just in case for rain and wind or at night. The white on the bark is probably from them tipping over the oyster shell bowl.

If you have any suggestions on what we can improve on, please let me know! We've had the quail for a few months and the girls have been laying since August but not all of them are laying. The oyster shells were grinded to quail-size and put out for them to eat if needed for about over a week now per your advice. We got two boys vs 8 girls.
We were thinking of building an extra part extending from the side of their coop (on the left that you can see in the pic) into the sun on the other side while hiding them from the neighbors. They can retreat to the rest of the coop/run if it rains.

They don't need direct sunlight, just enough daylight hours which can be supplemented with artificial light once the days get too short if you want them to lay in winter.

Thank you for clarifying!

Coturnix quail and the Florida winter

How many Coturnix can fit and setup questions?
2

What to feed quails of mixed ages, sexes and laying? Tractor Supply ed.
2

Is an all-sand run acceptable for quail?
2