We had a terrible tragic accident in our town this weekend. A brother and sister were killed in a freak driving accident in the middle of the afternoon on their way back from a family christening. It was less than a mile away from our home. I have a 16 year old son who has had his liscence since November. We took it away from him when he smashed my car on the way to school because he disobeyed and went to a drive thru blah blah blah.
My problem is how do you ever feel safe after they start driving. I could not bear to lose any of my boys in an accident. I have heard all of the awful stories my friends and friends of friends tell.
He thinks I am freaking out and I don't trust him. I just love him too much to let him go. I would also like to add he is a straight A honor role student who does not get into any trouble.
Parents in my life stage... how do you balance this?

I dont know..
personally i really believe that they give them their license waaay to young... i dont think that most (not all) are really ready to be responsible enough at that age...
Last edited: Mar 3, 2010

I've had my G2 (somewhat full license) since I was 18, and I drive pretty much everywhere for my parents who don't like to drive much. I was actually in a car accident in December, 4 days before Christmas, where my rural mail lady actually hit me head on on my own road. I was terrified, freaking out because our truck is leased not owned outright yet, but my parents were apparently very proud of how I handled the crash. I called my dad first, and called the insurance company, etc. I had minor injuries, but the truck was really smashed. My parents have said over and over that they are so glad they bought a truck. I was hit by a Dodge Caravan and it did quite a number on the truck but as the bodyshop guys said, it was being in the F-150 that saved me from any serious injuries. I was going at 40 km/hr and the other driver was going over 80 km/hr. 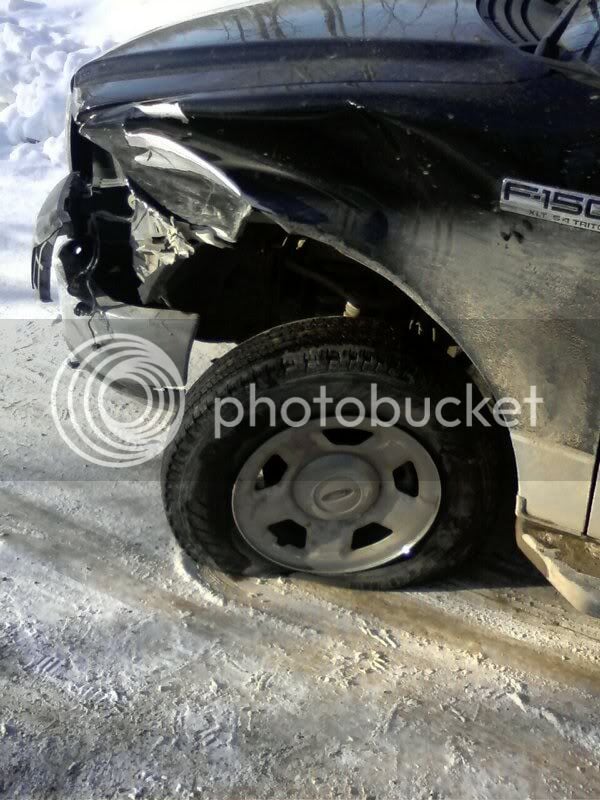 I know I'm probably making it worse lol but I always feel safer in my big truck, and I think if your kid drives responsibly then you should trust them! Perhaps keeping them from driving at night would be a good idea if its not already a law in your state. Make sure they know what to do if they are in an accident where they aren't necessarily injured but the car is quite injured. Make sure they know who to call in an emergency.

We have graduated licensing here, which I like. At 16 you take your written test and get your G1, you can't drive anywhere without someone in your car who has had their license for more than 4... or is it 5 years, and you can't drive on the 400 series highways, and you can't drive at night. You take a road test to get your G2 (you have to have taken driving lessons or had your G1 for 8 months) so you can drive without another driver, but there are restrictions as to how many people under 18 you can have in your car, and what times you can drive, etc. You then take a highway driving test to get your full G license which means you can drive like an adult!
Last edited: Mar 3, 2010

I got my license when I was 16 and haven't been involved in anything at all (crashes, tickets, etc.) I'm a straight A students too and my parents felt the same way you do. They just would always make me call once I got to the place I was going. They are more leniant now, but I'm sure they still worry.
Last edited by a moderator: Mar 3, 2010

Oh I know it has nothing to do with driving abilities, I was just trying to relate my situation to the OP's situation.

Mostly you just have to keep reminding him about the rules of the road, and if he is not paying insurance, etc. on his own yet, telling him that he will be responsible for that should he break any of these rules can definitely bump up his responsibility a whole lot!

We were worried about my brother when he started driving. My mom actually enforced the curfew with him. When I started driving about five years ago, she knew I was responsible and didn't really enforce much of anything. When I first started driving, I did have to call her when I got to my destination and also when I was leaving to come home. That helped her feel relaxed and I readily complied.

I wouldn't worry too much though. Of course as a parent, you will. Just feel confident that you know you taught him well and hope he makes the right decisions. Unfortunately, accidents can happen anywhere at anytime, even if we think we are fully prepared. They are less likely to occur if we are relaxed behind the wheel though!

I have had licenses since last June but I have been driving since I was about 10(in the yard, on the tractor etc.) But I am a very safe driver. I owe that to being a fire explorer (kinda like the boy scouts of a fire department) and probably 85% of all the motor vehicle crashes are from teens from 16-19(just a guess on the age) Some of these have been fatel(sp) of these fatel crashes speed was the cause of all of them. It just goes to show you how driving safe saves not only your life but every other person on the road.
Last edited by a moderator: Mar 3, 2010

Yeah same....it seems that starting out young, for me it was driving tractors and golf carts, the better driver you are once you get into a car.

I think that that was true for an extent for me....I already had the bad habits(rolling stops stuff like that) which my drivers ed teacher didnt like lol