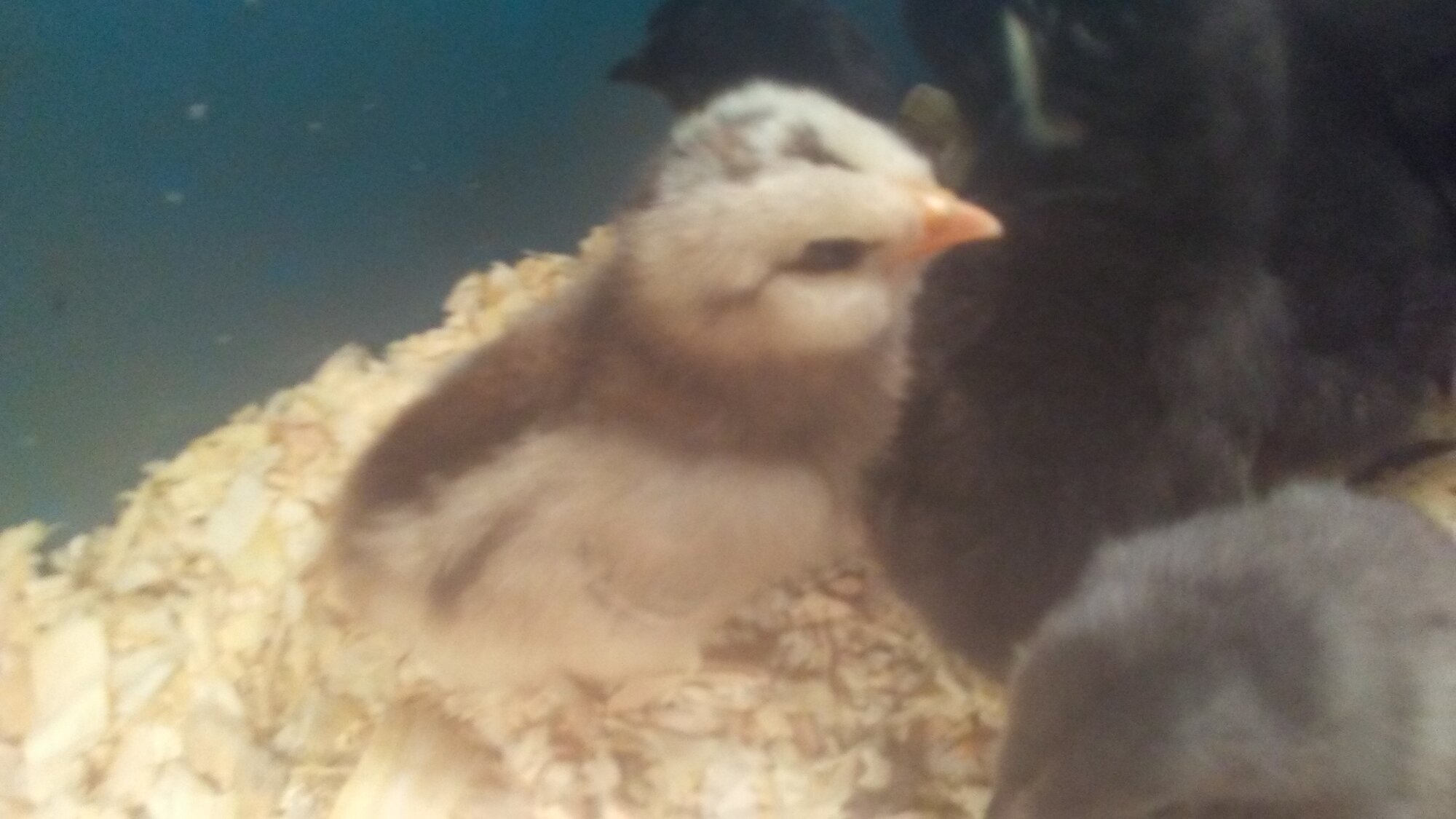 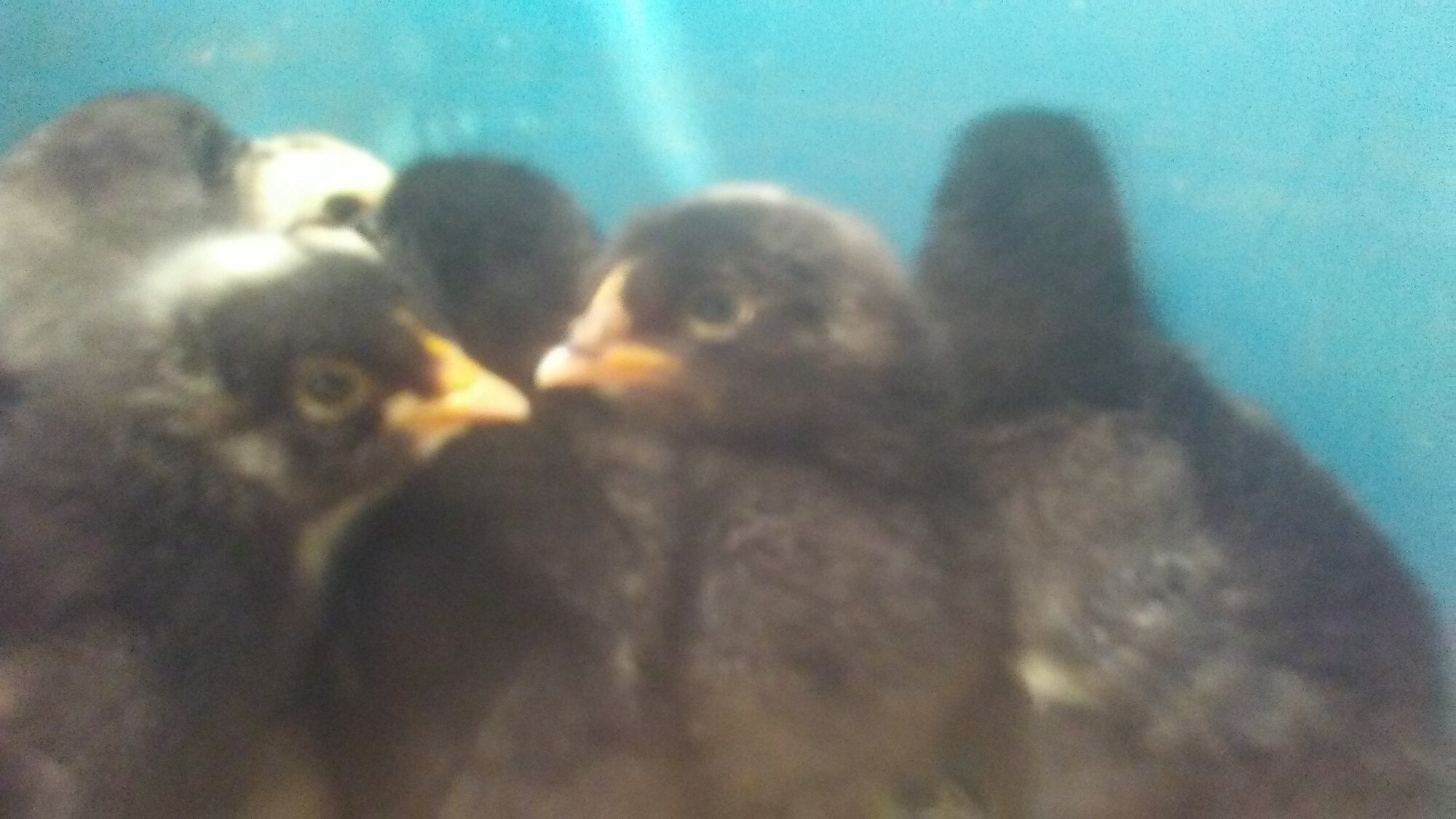 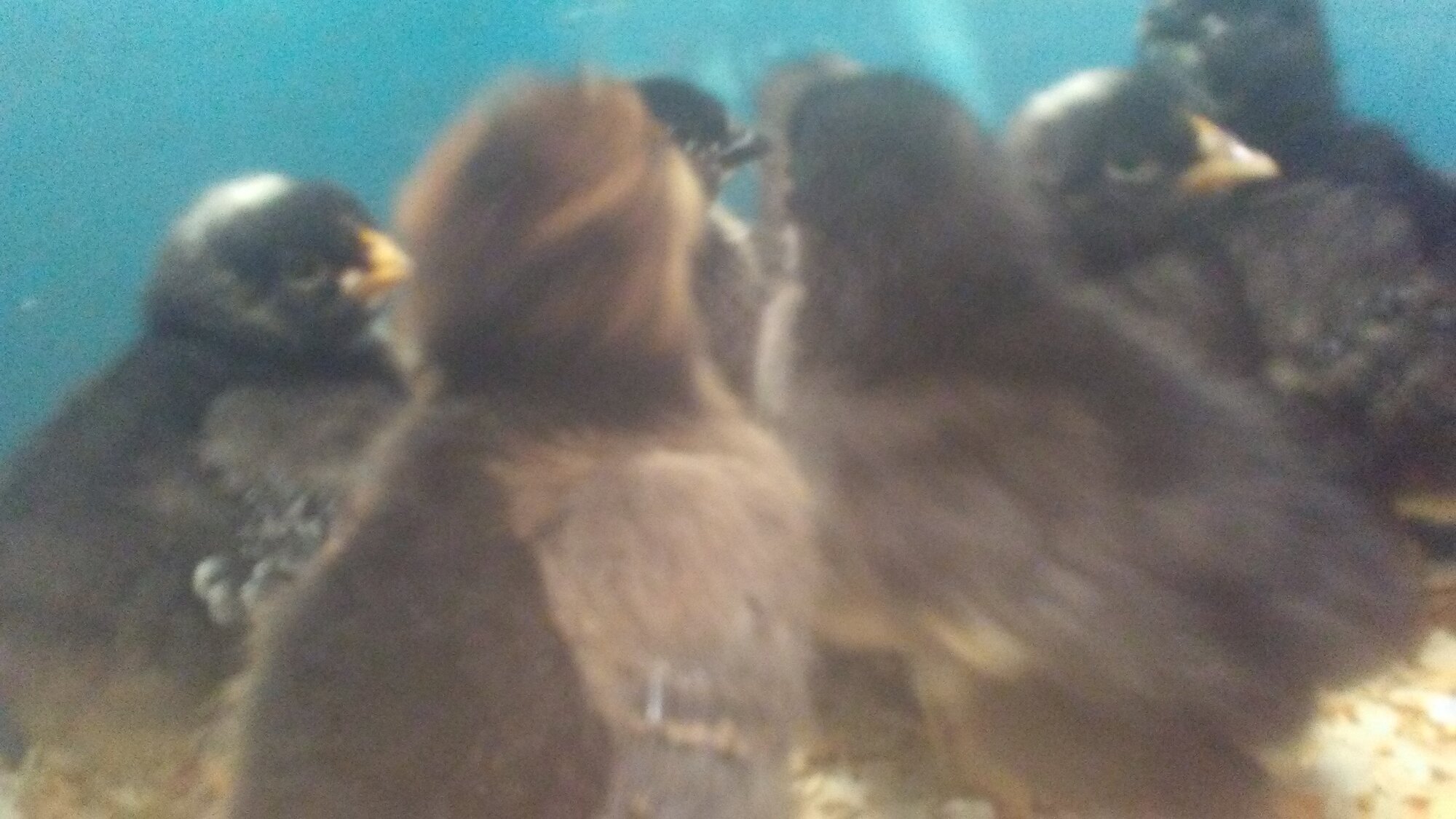 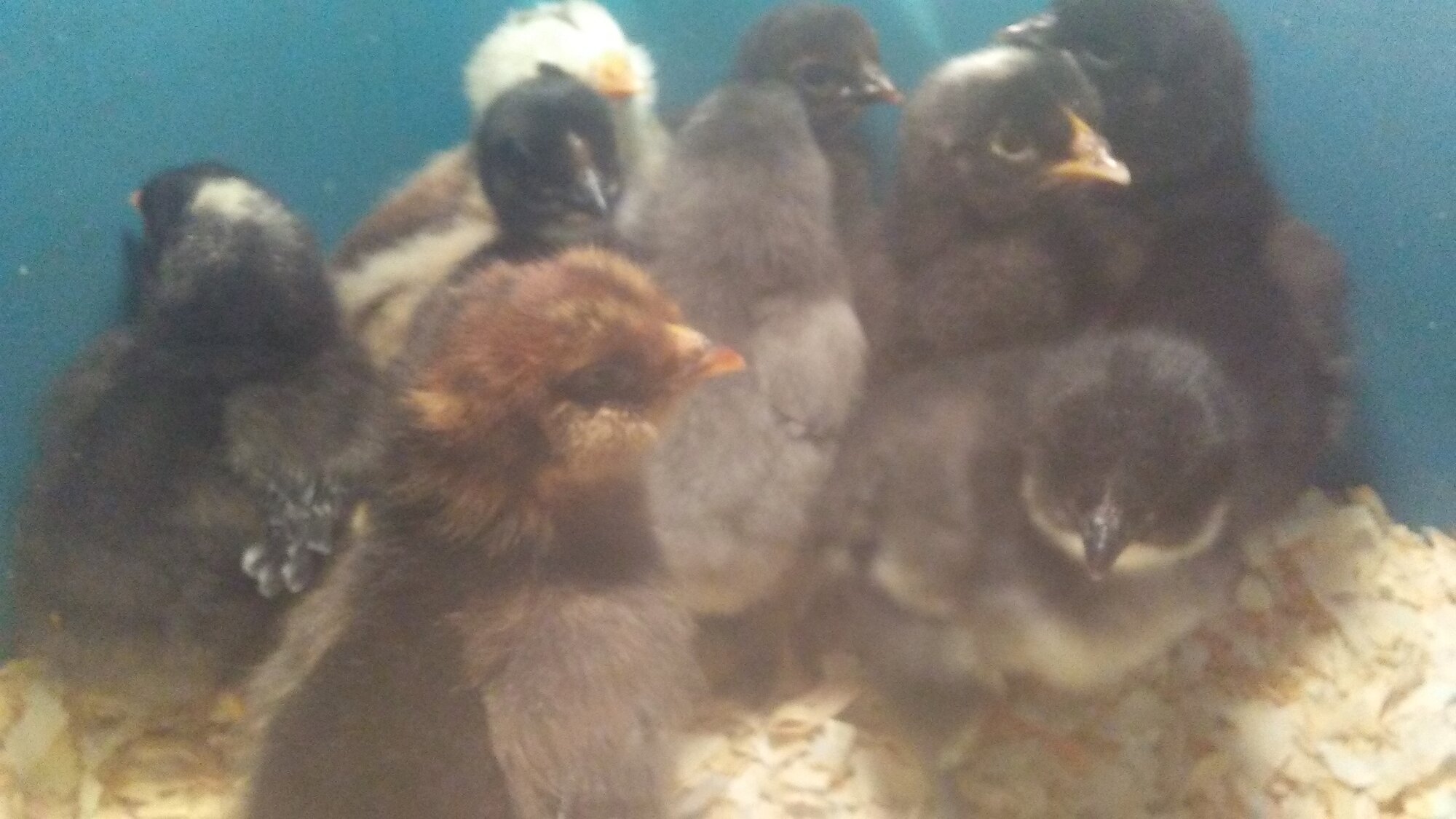 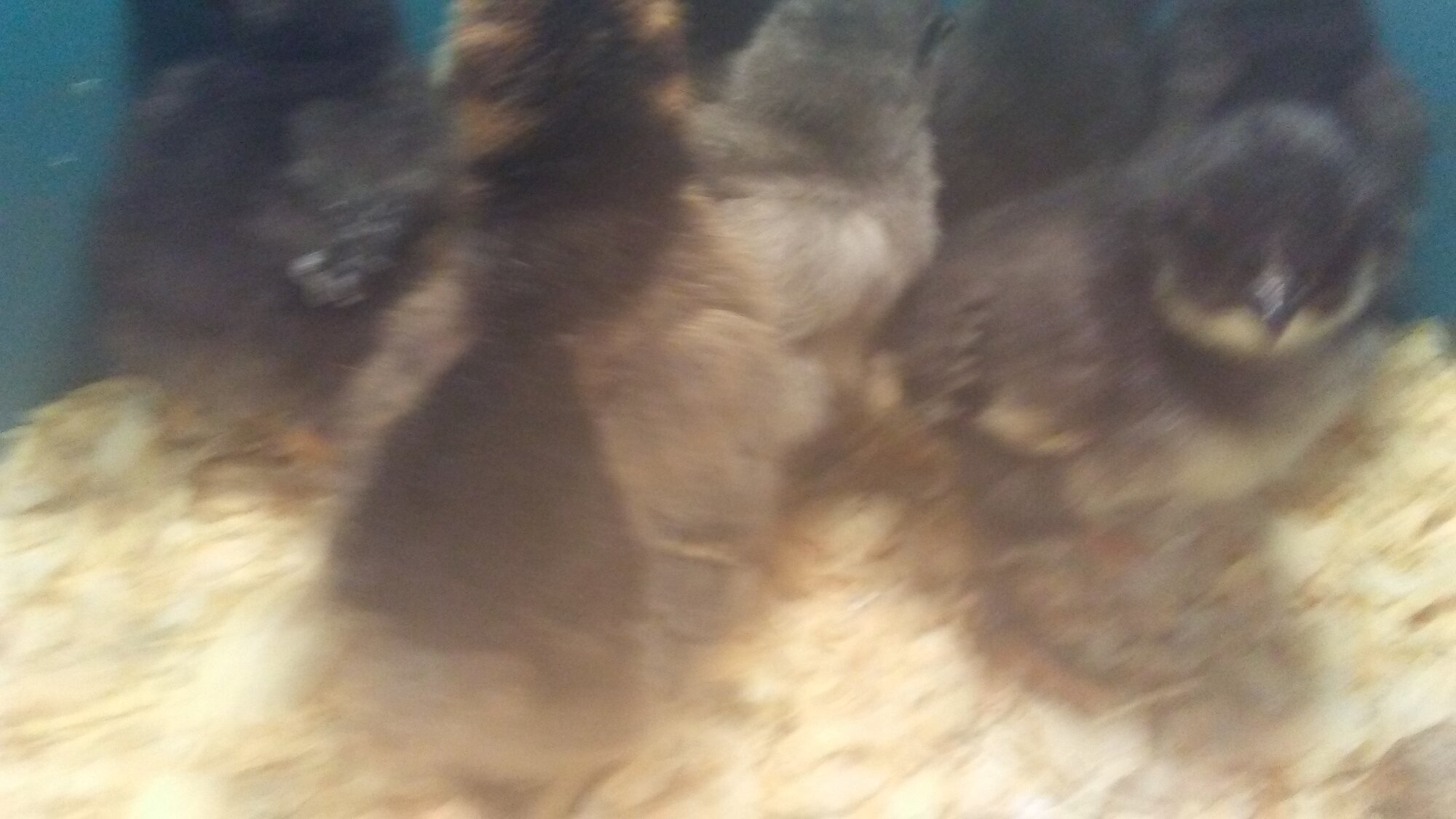 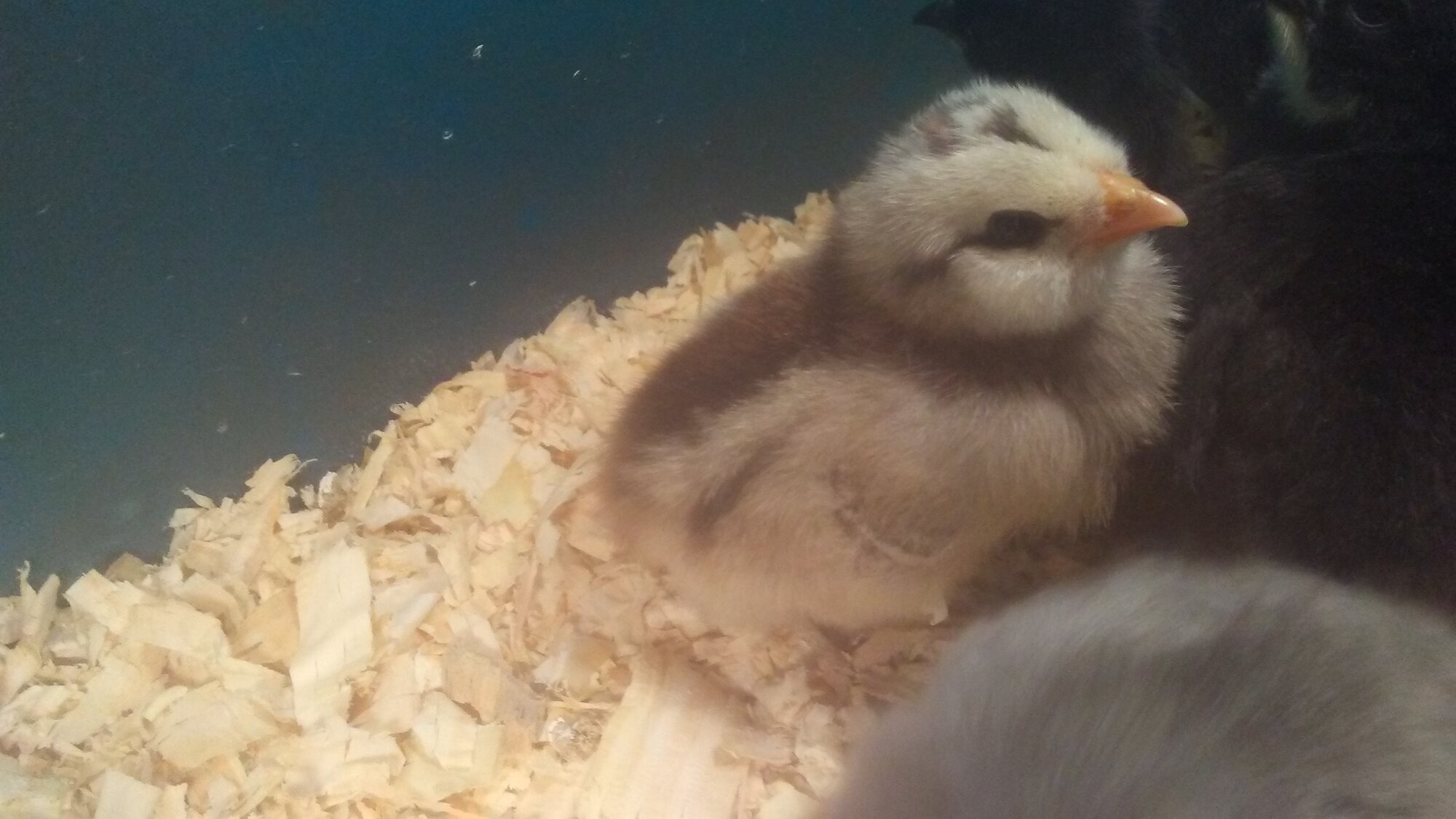 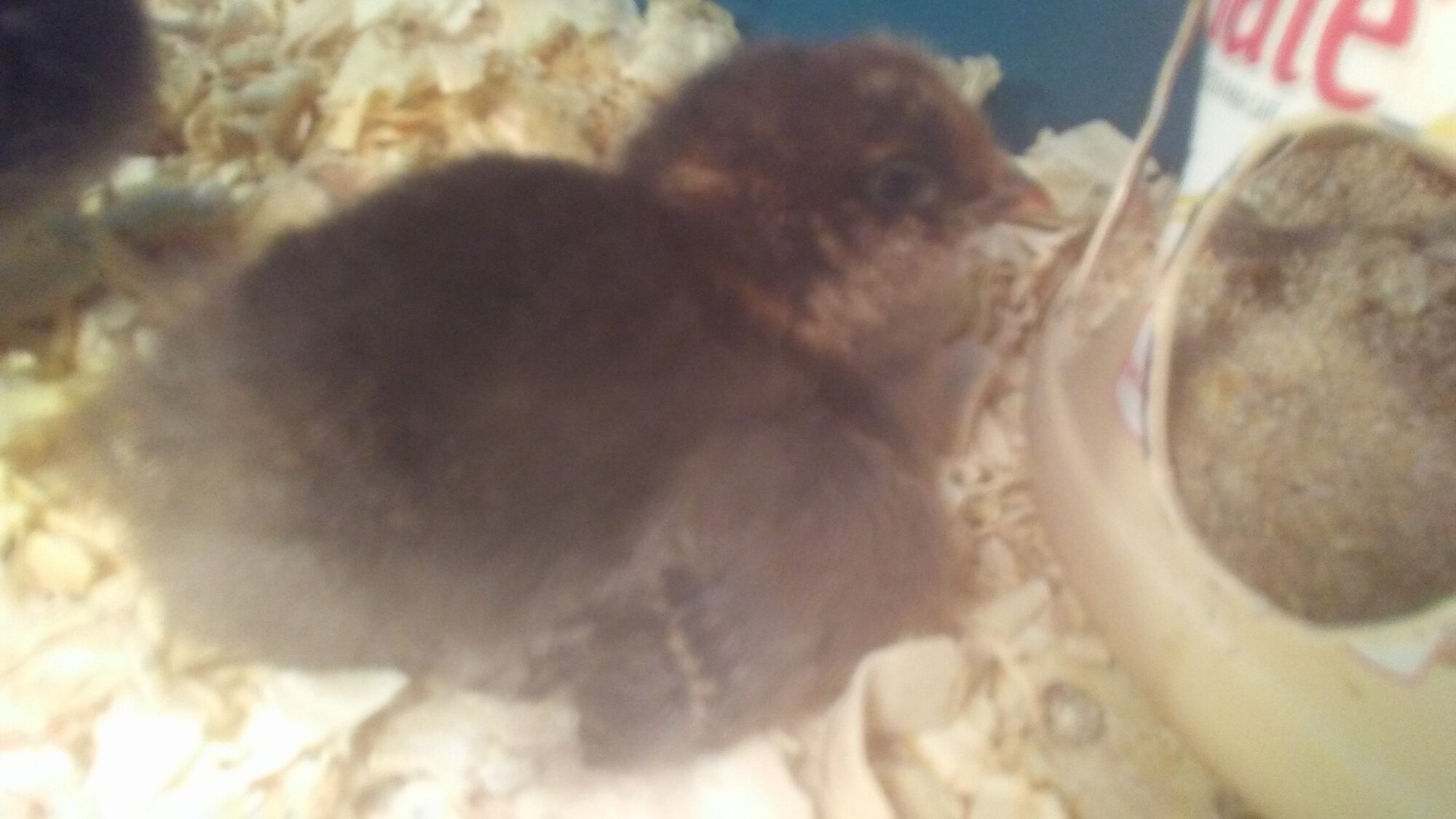 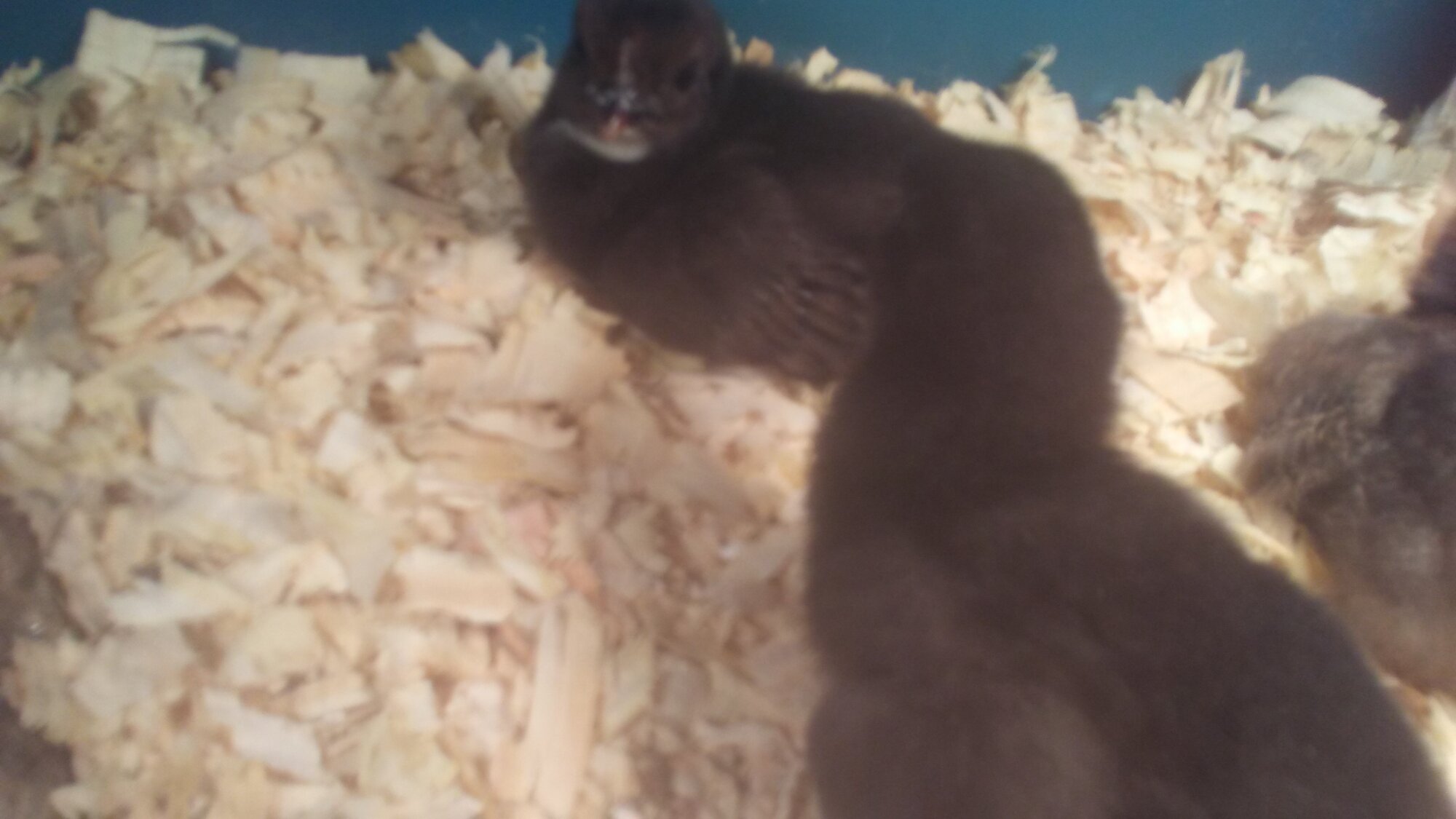 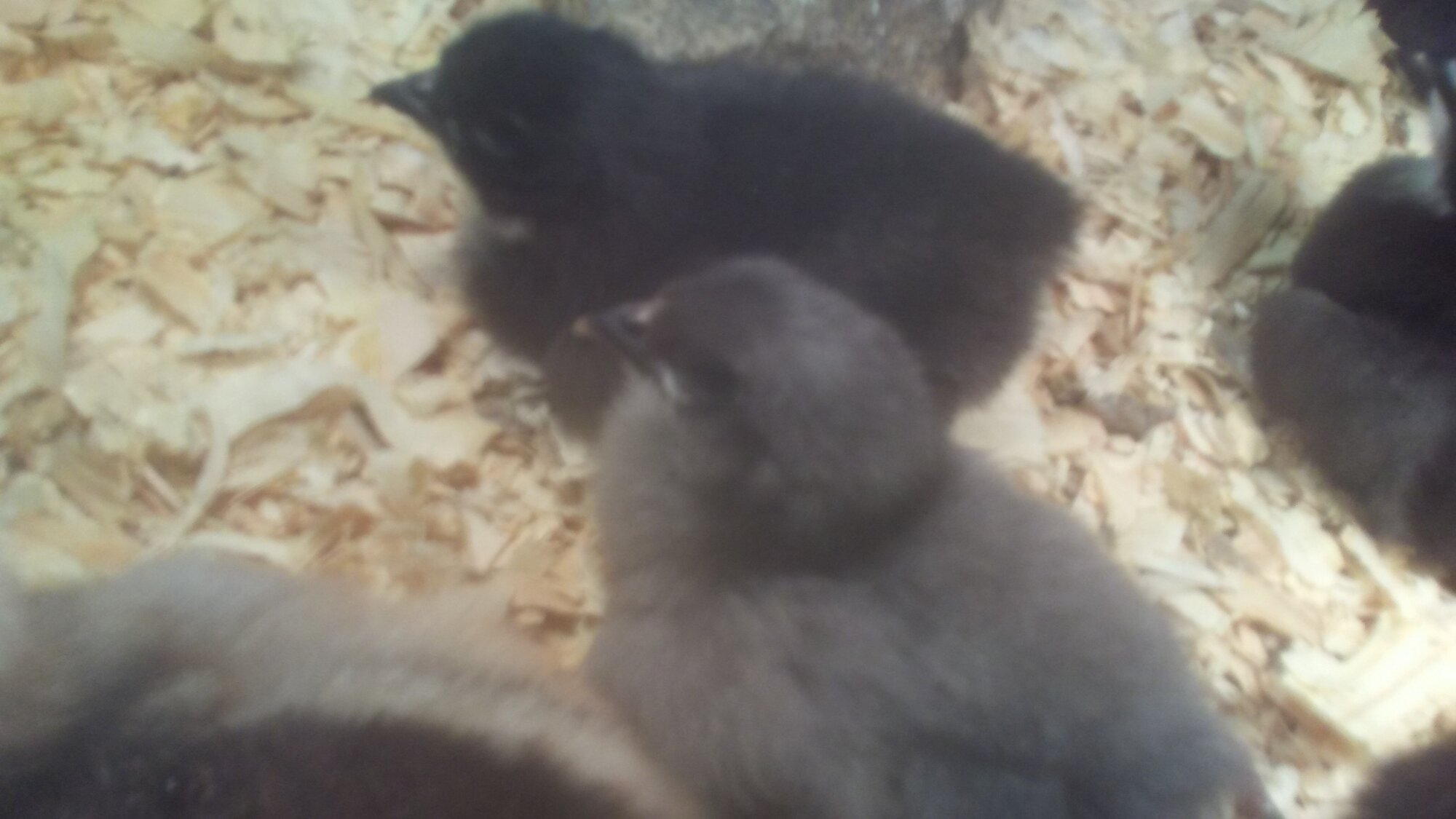 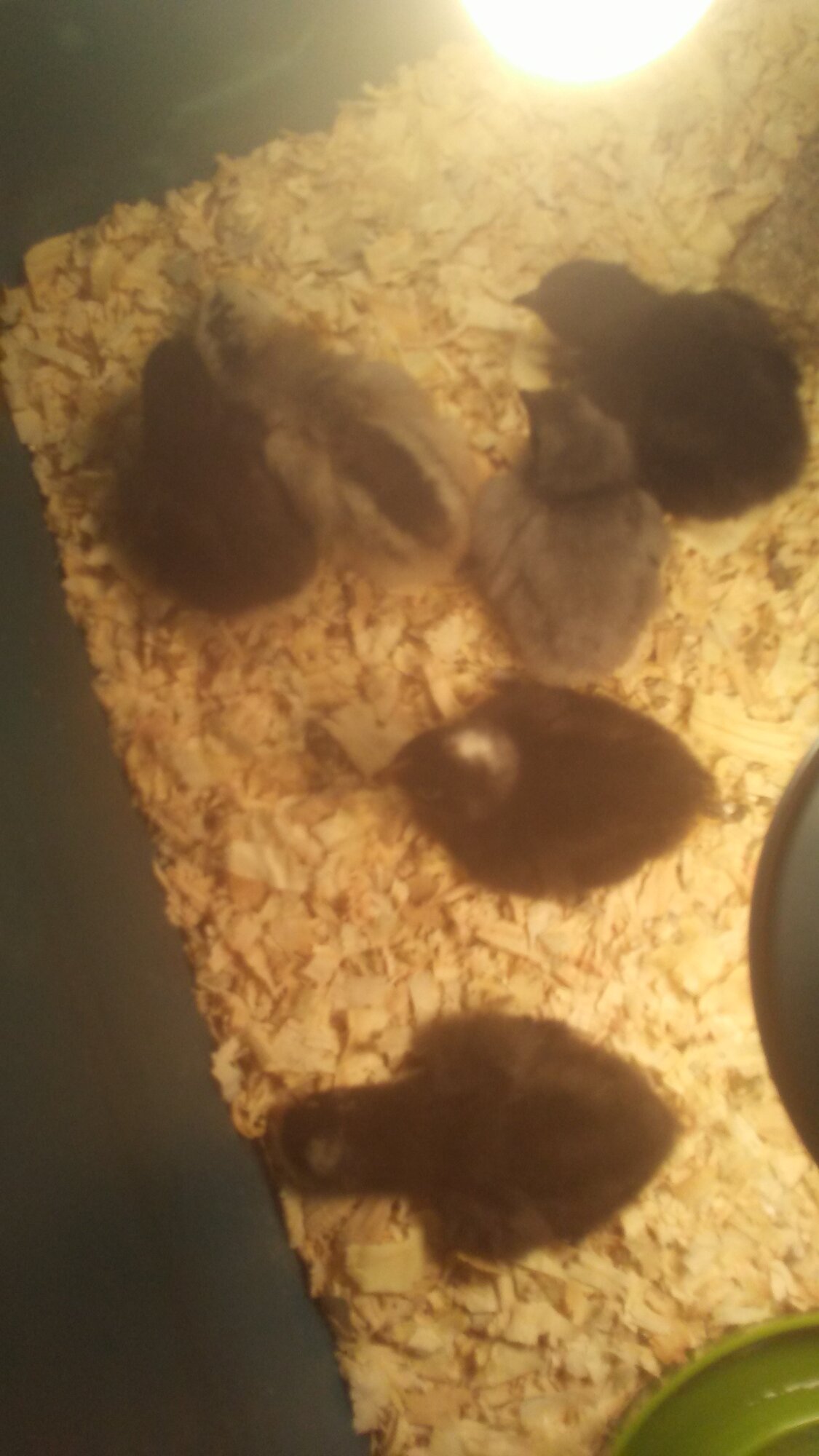 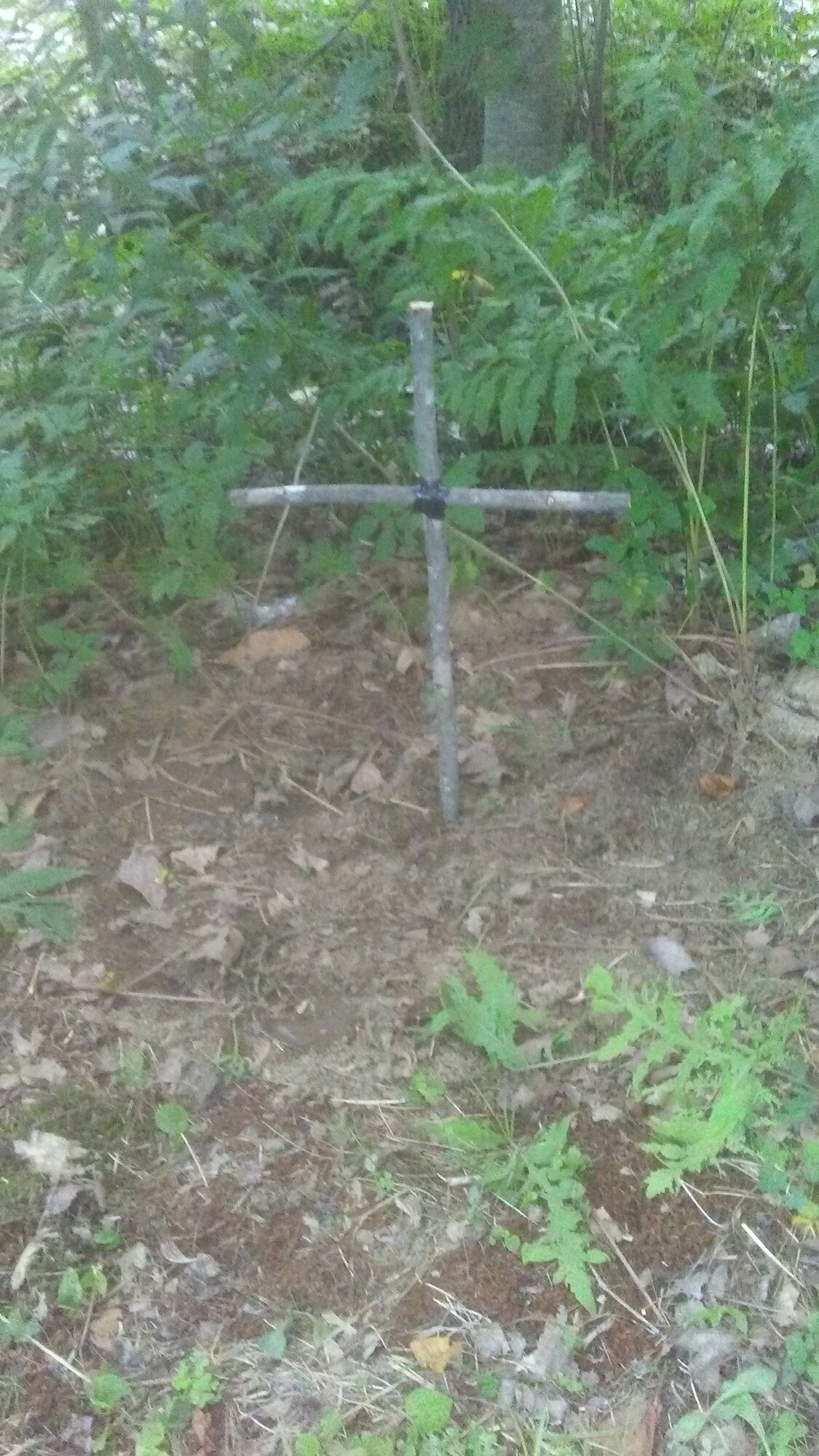 Day 17 I turned the eggs one last time, "X" is up and I close the lid. I head upstairs and turn in for the night. My role with the eggs are done, to me they are now in "lockdown". Almost three weeks ago I unboxed 15 eggs. At this stage I have 11 still cooking and at the last candle all were viable. Even the egg that was held together with superglue and wax.
Day 18 is uneventful an egg rock here and there but thats it. To make sure I could keep the humidity up I put a sponge in the water bowl. To refill the container and have the ability to wet the sponge, I took a childs medical liquid syringe. (There is no needle with these its used to administer liquid medicine). I attached a 14"-16" piece of airline tubing for an aquarium and ran it into one of the ventilation holes. It worked great.
Day 19 started off like 18, not much to see. Then at around 2 p.m. I started hearing the first peeps. Now the excitement starts to kick in and the long watching and waiting for anything, began. At 8 p.m. the first egg #8 piped.
Day 20 I am up at 7 a.m. come downstairs to see what if anything has happened. There to greet me is a very wobbly wet chick. I had just missed the hatch. #4 and #6 are pipped. Then #14 pipped shortly after #1 does the same. #6 starts zipping and #13 pips. #6 hatches and 2 hours later #4 enters the world.
Day 21 up at 2:30 a.m. getting ready for work, look into the incubator #13 hatched and #1 and #14 are hatching. I got home that afternoon at 2p.m. #2 had already pipped at 3:30 p.m. #2 hatches. All eggs are hatched at this point but two, #10 and #15.
August 8 day 22. I look inside the incubator to see 9 fluffballs and two eggs. No pips no cracks nothing. So I figure it is safe to move the chicks to the brooder. So I crack open the lid and my daughter grabs two chicks and I shut the lid again. Trying to keep as much heat and humidity in as I can. As we continue to remove chicks I notice that #15 had piped. It just got rolled over by the other chicks. It had a its beak sticking out of the hole it had made in the shell. As time goes by I notice the chick inside never moves. I give it a couple more hours and still nothing hasn't move at all. So curiosity gets the best of me. I open the incubator and pick #15 up. I touch its beak no sound no movement, nothing. 15 didnt make it.
#10 has done nothing to this point as well.
Day 23 last egg #10 still sits in the incubator. No pips no signs of anything.
Day 24 #10 is still a whole egg. I gave it till around 6:00 p.m. and then I called it. #10 had gave up. The last sign of life from #10 was on day 18. I just had to know why so I carefully opened the egg, starting at the airsac. Upon removing the shell I could see the chick was backwards inside the egg. It was pointed at the wrong end. So after all the adversity that little chick endured and made it to become fully grown and ready for hatch, he made a fatale mistake in getting aligned. I can't help but feel a little responsible. We buried them both outback with a simple marker.
So out of 15 egg, 11 made it to lockdown and 9 hatched. It was a 60% success rate. I had some ups and I had some downs. Overall I had a great time incubating these eggs. So the big question are eggs ordered from ebay a legitimate option to start a flock? Absolutely! Log on look around and order up. Keep in mind not all eggs make a safe shipment and others have reported broken and smashed eggs. Read their reviews. Most reputable sellers include pictures of thier shipping methods. Some include extra eggs just incase. I got mine from a little farm in Pennsylvania. Keep in mind the closer they are to you the less handling your package will go through.
Check out the pictures below of the new chicks.
Reactions: N F C and DiYMama540
About author

Double egg 7
I was born and raised in the foothills of Western Maine. I spent much of my youth on my grandparents Morgan ranch. Along with horses they kept many breeds of chickens. My favorite were the "Rock and Roll chickens," White Crested Black Polish.
After High school I enlisted in the U.S. Navy as a Builder in the Seabees.
When I came home I started keeping my own flock. I have raise Light Brahmas, Buff Orpington, Barred Rock and Silver Laced Wyodotte.
I have never kept my own "Rock & Roll" chickens. This is on my bucket list.

Nice series!
I've been following along with your series...good stuff, thanks for documenting your experience. And congrats on the new chicks!
Maybe we don't need to be as leery of eBay eggs as first thought. Please keep the pics coming as the babies grow.
Reactions: Double egg 7
Read more…

Oh my heart hurts after all #10 went through...I was really pulling for that one and I know you were too.

Congratulations on the rest of the babies though! They are so cute!! I would definitely consider the Ebay eggs to be a success! Keep us posted as they grow...Enjoy!!