Penedesencas are a rare breed of chicken native to the Spanish region of Catalonia. Originally, it was bred based on local barnyard chickens in the first half of the 20th century. Almost extinct in the 1980s, the original black Penedesenca was revived and other color varieties developed.

Penedesencas produce some of the darkest eggs in the world. Pullets lay dark eggs nearly black in their first year. When Penedesenca hens reach the end of the first season, their eggs turn lighter with a reddish-brown hue. Although they lay a fair amount of eggs (around 140 to 160 eggs per year), they don't generally brood.

A Penedesenca has red earlobes and a carnation comb, which is an unusual comb. The rear of their comb consists of several lobes, which differs from the single comb common to many other species of birds. Dark slate-colored legs are original, but a great variety of brighter colors have been developed since.

Among the standardized color variants of the Penedesenca are black, crele, partridge, and wheaten. The black color is the only one that is used as a dual-purpose chicken, and it is the heaviest. All other color varieties are developed specifically for egg production. A Crele Penedesenca chick's sex can be determined by the color of the chick at one day of age, as they are autosexing birds. Typically, Crele cockerels are gray, while pullets are brown. 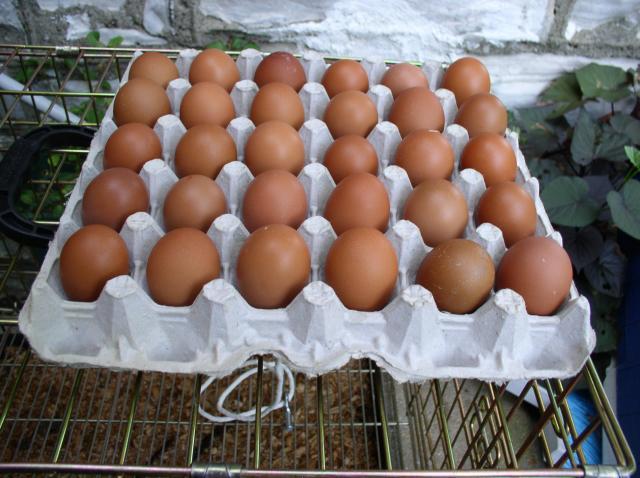 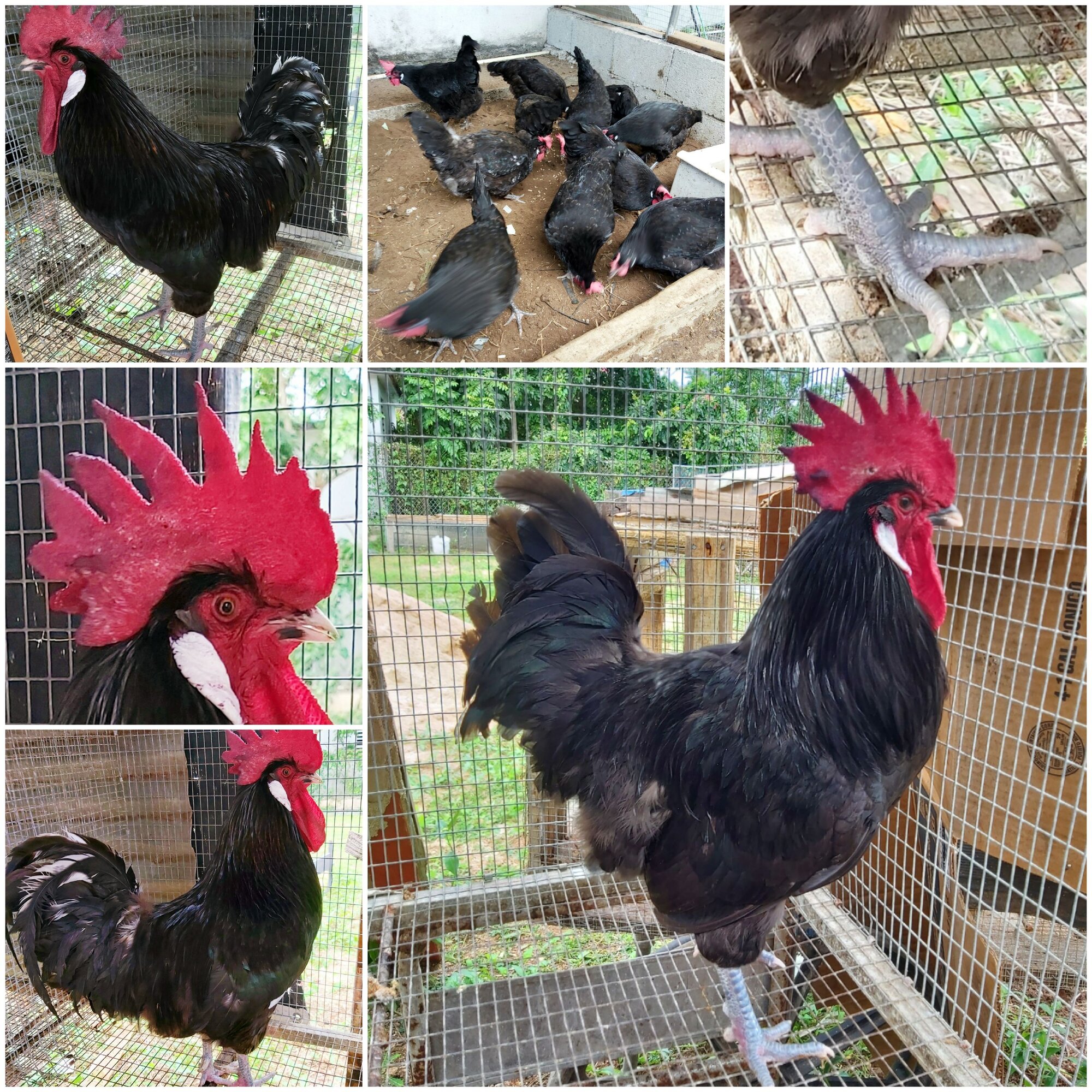 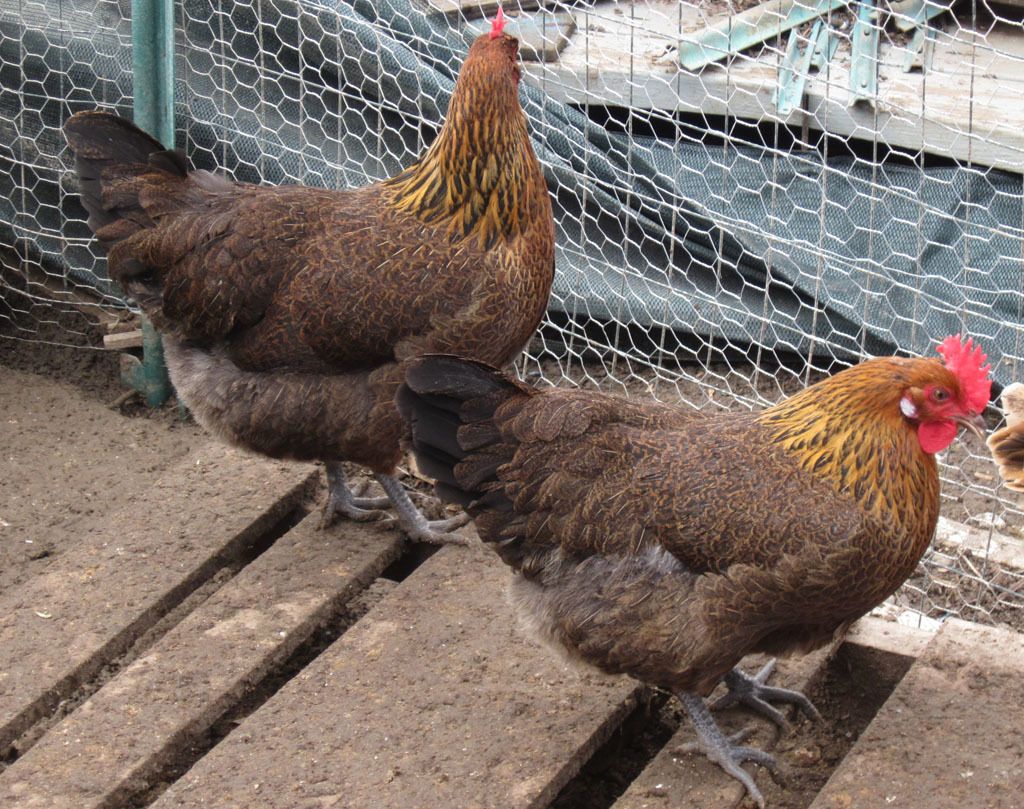 Do you own Penedesencas? Are you a Penedesenca breeder? If so, please reply to this thread with your thoughts and experiences, including:

We have a bunch of other awesome breed-focus threads for you to enjoy. You can see all of them here: https://www.backyardchickens.com/threads/chicken-breed-focus-project.975504/
Last edited: Sep 7, 2021

Thanks for this! Great addition to the list of breeds in focus.

BYC Project Manager said:
Among the standardized color variants of the Penedesenca are black, crele, green, and wheaten.
Click to expand...

A green variety? I don't think I've ever seen a green chicken of any breed, so that must be something really special. There's definitely Partridge variety too, though I don't know if that's standardised as yet.

Perris said:
Thanks for this! Great addition to the list of breeds in focus.

A green variety? I don't think I've ever seen a green chicken of any breed, so that must be something really special. There's definitely Partridge variety too, though I don't know if that's standardised as yet.
Click to expand...

Thank you @Perris - that must've been an autocorrect error. I've fixed it now!

I have some Penedesenca chicks, currently 10 weeks old, so have limited experience of them as yet.

I managed to get hold of some by a rather circuitous route: I engaged with one of ChickenCanoe's posts about hatching eggs being available, and somebody this side of the pond spotted it and let me know when she had hatching eggs, and then she hung on till I had a broody on hand. My style of chicken-keeping needs breeds that do well free-ranging from dawn till dusk, so birds that are predator aware (aka flighty) and good foragers, and I also want to help to preserve the genes of rare breeds. The dark eggs will help knowing who's laid what, as most of my current flock lay tinted/ivory/offwhite/white coloured eggs. The eggs were laid and set beginning of June, which is relatively far on in the season, so I expect their eggs, when they begin to lay, to be a bit darker. Two had pink blooms. 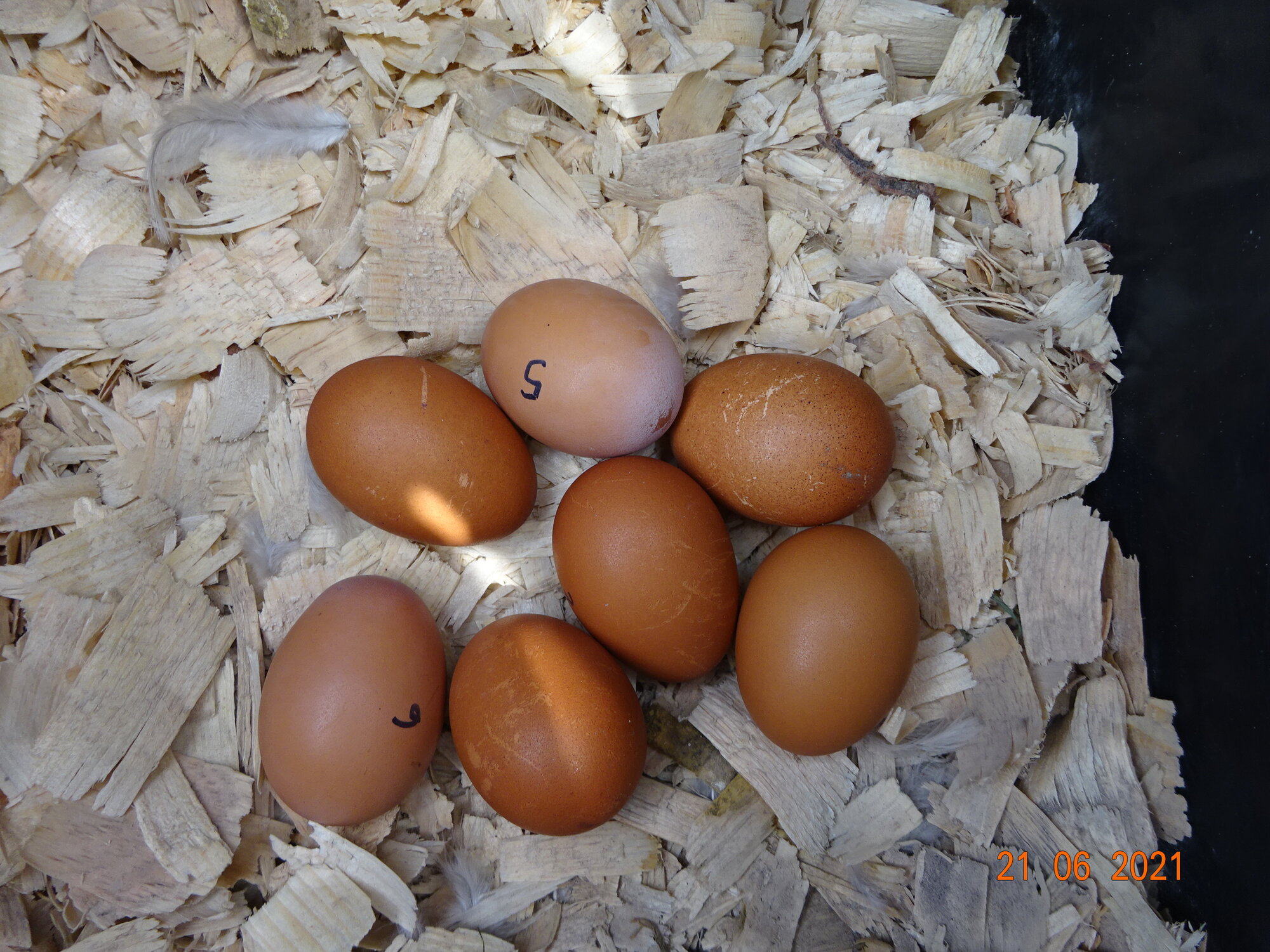 Seven were set under the broody, six hatched (no.5 quit about day 5), and 2.5 months later we still have six chicks, despite the efforts of several birds of prey and at least one fox, so predator awareness and evasion are indeed good from hatch (It must help that they have an excellent broody, who even had a kestrel on its back trying to defend itself, after a misjudged attempt to snatch one of her chicks.) They are also very good foragers from the go; one of the pullets takes hardly any supplied feed, preferring to find her own from the environment. One of the cockerels has been pushy from 3 weeks old, and it remains to be seen whether or not he grows up to fit in here; he has 3 good role models to learn from and there are plenty of mature hens that will discipline him. His brothers are well behaved.

They looked almost identical at hatch, so it seems an auto-sexing trait do 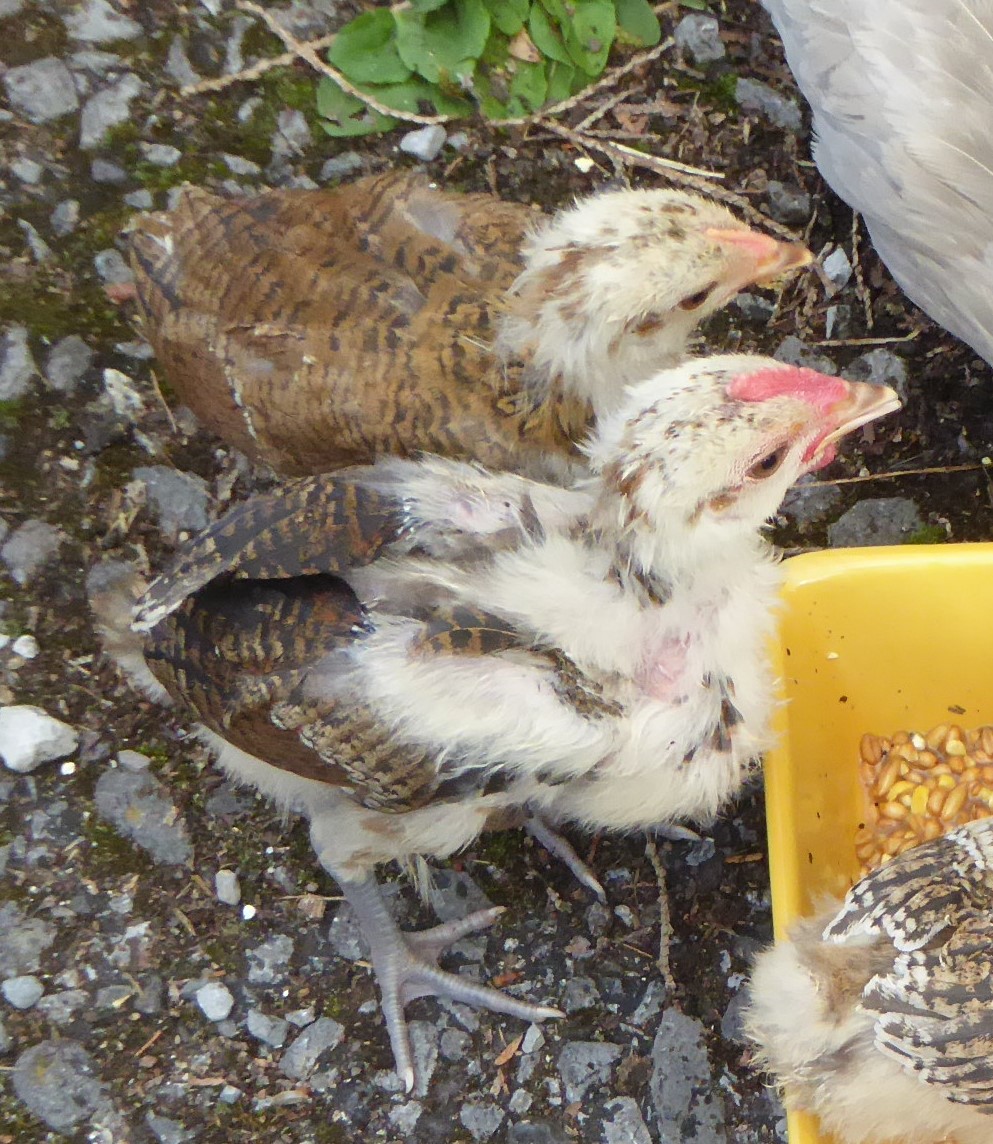 esn't exist for the partridge variety. 3 soon developed bigger combs and were obviously slower feathering (this photo was at 5.5. weeks), and now they are almost fully feathered out we can confirm the statistically likely split 50:50 boys and girls.

I would dearly love to add a couple of the blacks to my flock since they ought to do well in my hot climate but since they're not commonly available I may not be able to do it in the near future.

A
American chicken history. How do the heritage breeds now lay so frequently?
2