Hi, folks. I noticed that Meyer Hatchery is selling a sex link called a Lakeshore Egger, and I was wondering if any of you have experience with this hybrid. They are billed as a reliable layer of blue to green eggs, cold hardy, with a variety of feather patterns. The appeal for me is that, living in the suburbs, I cannot have a rooster, so the ability to guarantee hens is a big plus. Meyer is also willing to ship smaller quantities of birds, ( I cannot meet the usual hatchery minimum of 15 due to local ordinances)

They are described as friendly by the hatchery, but I’d rather hear from people who actual own them, lol. Have any of you added these birds to your flock? Were they healthy, calm, flighty, friendly? They sound a lot like Easter Eggers, with the main advantage being the ability to sex chicks with 100% accuracy upon hatching.

Thanks in advance for any info you can share!
M 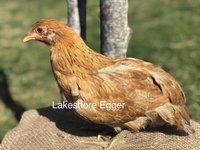 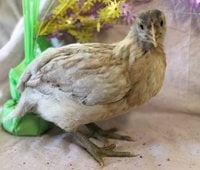 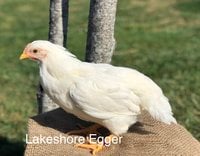 We ordered their rainbow pullet mix and it has 3 in the mix. They are very friendly about 8 weeks now. One is pure white, and the other 2 are (IMO) gorgeous coloring. Anxious to see their eggs!

Thanks so much for your reply! I like the variety in their feathering, they are very pretty!
H

I ordered three, they're 7 weeks old now and I'm pretty bummed because I'm pretty certain one is a cockerel. They are big and healthy though, they're among the biggest in the group.

That would really upset me, because a big selling point is the fact that they are sex-links, and could be sexed accurately at hatch, so you would be guaranteed pullets. Thanks for your input.

I just received two rooster chicks today, to breed my easter eggers for blue-green egg layers. I'd like to follow this thread.

elderberryjam said:
I just received two rooster chicks today, to breed my easter eggers for blue-green egg layers. I'd like to follow this thread.
Click to expand...


Any guesses as to what breeds were used to create the Lakeshore Eggers? Easter Eggers, and something else?

Their website states they were developed from "the Legbar, and other laying breeds that are autosexable at hatch."

They accidentally did not send me the two Jersey Giant roosters, but instead, sent me four Lakeshore Eggers instead of just two. They are below. I'm not sure if they are roosters or hens, but they told me from this picture that the two orange ones, the striped one, and the yellow one are all Lakeshore Eggers. They have good customer service, and are correcting the mistake - sending the Jersey Giants I ordered. But they do have a 3 chick minimum for shipping, and I had to buy a third chick. They are shipping all 3 of them with no shipping charge.

When I asked if these Lakeshore Eggers were all roosters, because I thought they were autosexable, I was told that they were not autosexable. I just checked, and I guess it does not clearly state that they are autosexable, but were created from autosexable breeds. They may need to clarify that. It took a good bit of communication, to get through the message that I did not get what I ordered in the first place, so I didn't argue. Twice, they referred me to their chick identification page. It was not until I both texted and emailed this picture, that they finally said that based on the picture, I did not have any Jersey Giants. ALL of my other chickens (all female) are 2 months old, and quite a bit larger than this. I've worked in customer service, and I understand the issues with people complaining. But I've been looking for a Jersey Giant rooster for over a month, and I paid for those two peeps, and I want them.

In March, I bought 6 Jersey Giant pullets at Rural King, and one died. We went back, and they had a sale for $1/chick, and silly me bought 5 Easter Eggers, and 10 Cuckoo Marans - all pullets. I joined some forums, and was looking for a male blue egg layer, a male Cuckoo Maran, and a male Jersey Giant, and I had no luck. So I finally just ordered two of each from Meyers - an extra of each, in case one died. 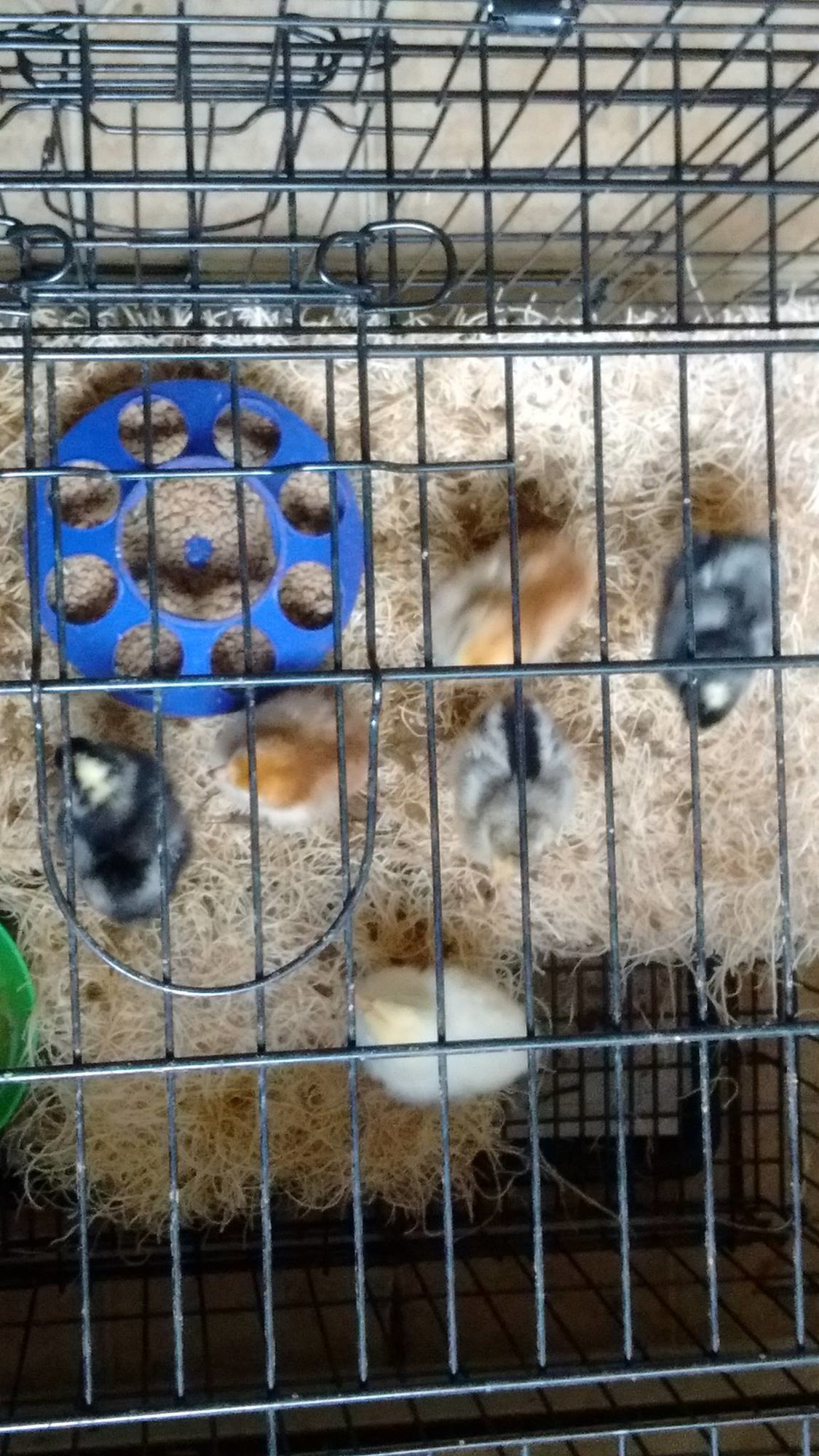 I went back to the Meyer website, and double checked the description..I have cut and pasted here;

“Chicks from the Lakeshore Egger line have a mixed heritage of Legbar and other laying breeds and are autosexable at hatch.”

I’m reading this to mean the chicks are autosexable. If not, I’m not sure how these would be different from EEs? Why would I want to pay 12.66 each for a hybrid that’s the same size, lays the same color eggs, as an EE for 3.75? If their customer service is now saying they are not autosexable, but the website says they are, that’s not good. Thanks for the feedback!

I understood it the same as you did. But when I received the chicks above, and the customer service lady told me that by the photo, I had 4 Lakeshore Eggers, I asked if some were female, and how to tell with the autosexing. That is when she said what she did.

We received the 3 Jersey Giants today. I don't think I've ordered from Meyers before. There are several reasons that I did, the primary one being that they will ship as few as 3 chicks at a time, and I wanted only 6. They clearly have good customer service. They made it right.

I'm not certain what the difference is between the Lakeshore Eggers and the Easter Eggers. They do sound the same. I'm going to cross my Lakeshore Egger roosters with my Easter Egger hens, and see what I get. It will probably be a year or more before I find out what kinds of eggs they lay though.

I've read that Golden Comets have a relatively short lifespan - is this true of all sex-links or is there one that lives longer..
2 3

My Attempt at a Dual Purpose Heritage Flock
3 4 5