I frequent a duck pond down by my house, and I’ve gotten pretty good at identifying the different wild duck breeds that live there. However, there is one duck (affectionately nicknamed Turkey Bob) that is MUCH larger than the other mallards, and has different colorings. The closest ID I can give him puts him as an Orpington Duck, which is a domestic breed. It would certainly account for his larger body mass, his lack of flight, and his odd coloring. I’m not sure he’s an Orpington, but it made me consider domestics as an option for him. Is there another breed or possibly a cross that you guys think might fit him better? He stands an inch or two taller than the mallard drakes, I have never observed him fly (or even glide really, just little hops), and he is much more heavy set than the other birds. His legs are thicker and his neck is wider, he’s just a big ol chunk. He’s pretty shy, but I’ve attached some photos of Turkey Bob below. Any thoughts or opinions would be greatly appreciated

He appears to be healthy, he’s been at the pond since I started coming in August, and he acts like most of the other ducks. More shy than some, he flinches away sometimes if I move too quickly, but if I hold still he will eat duck pellets or scratch from my hand just like the majority of the pond ducks. If he is a domestic duck, he has assimilated very well into our pond ducks, I have very little concern about his wellbeing, he gets on very well with the local quack pack and appears to be very healthy. This is more for my own curiosity than it is about his safety.

He's a khaki cambpell drake. Someone must have dumped him at the pond

You should find him a home if you can.

He's a beauty. If you've got a fishnet I'd consider using that to catch him. I went to our local park pond to rescue an Indian runner drake and didn't even come close to being able to catch him. I could have with a net though!

haha, like I need another drake but I felt bad for the little guy.

Beautiful KC drake! If you can, you should take him home with you...you will fall in love

I have one of my own named Tom...he's quite the hand full a couple months of the year but a total sweetheart the rest of the year! 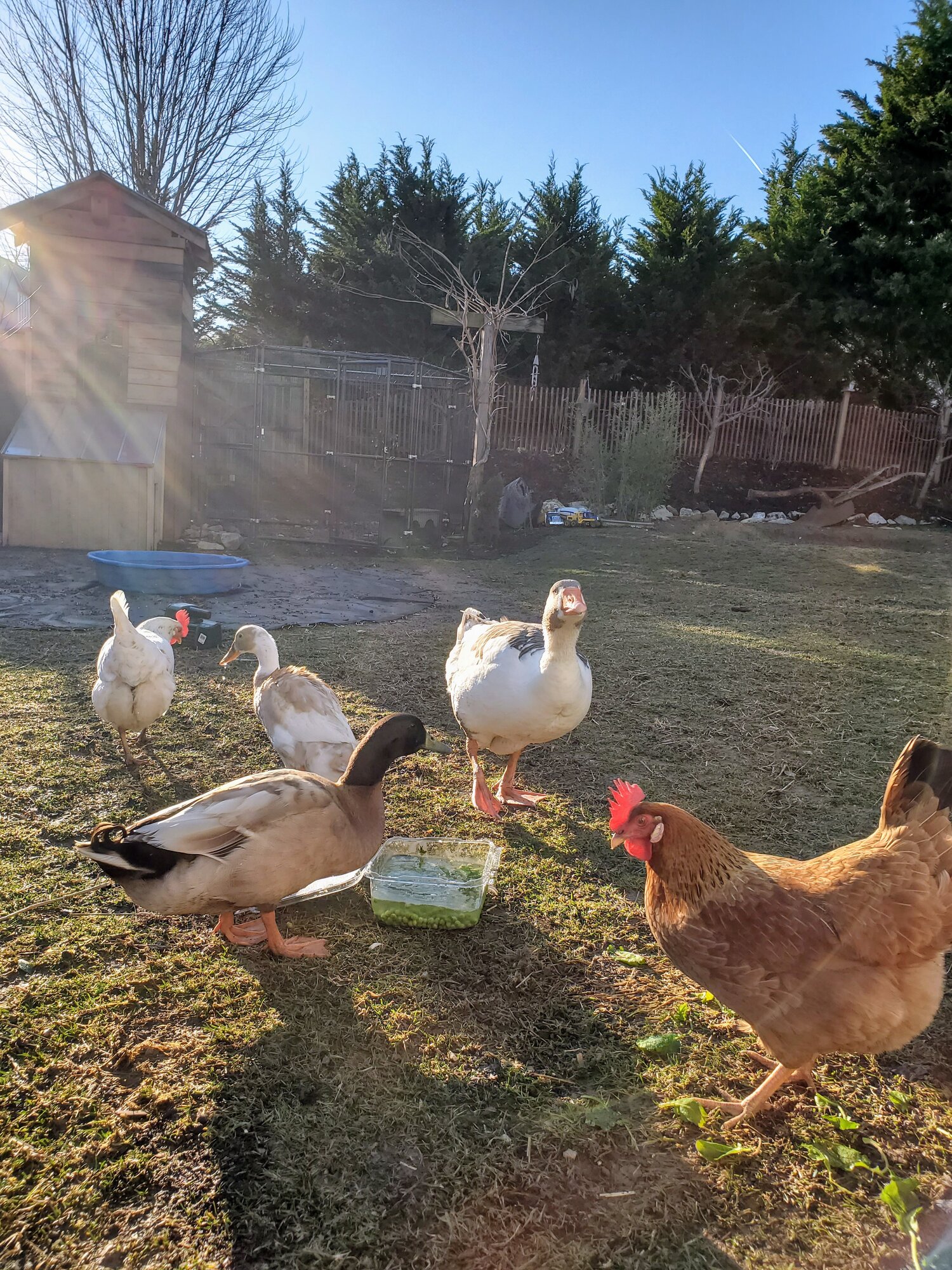 DuckyDonna said:
He's a beauty. If you've got a fishnet I'd consider using that to catch him. I went to our local park pond to rescue an Indian runner drake and didn't even come close to being able to catch him. I could have with a net though!

haha, like I need another drake but I felt bad for the little guy.
Click to expand...

He really is a pretty guy

I’ll have to see what I can do about finding him a proper home somewhere. Using a net is a really good idea! If I sit with him and distract him with treats, he would be easy to net up for whoever I can get to assist me. He’s a little skittish, but they’re all pretty used to me by now so it won’t be too tricky.
You must log in or register to reply here.
Share:
Reddit Pinterest Tumblr WhatsApp Email Link