No kidding...how long is it until Mother's Day?? 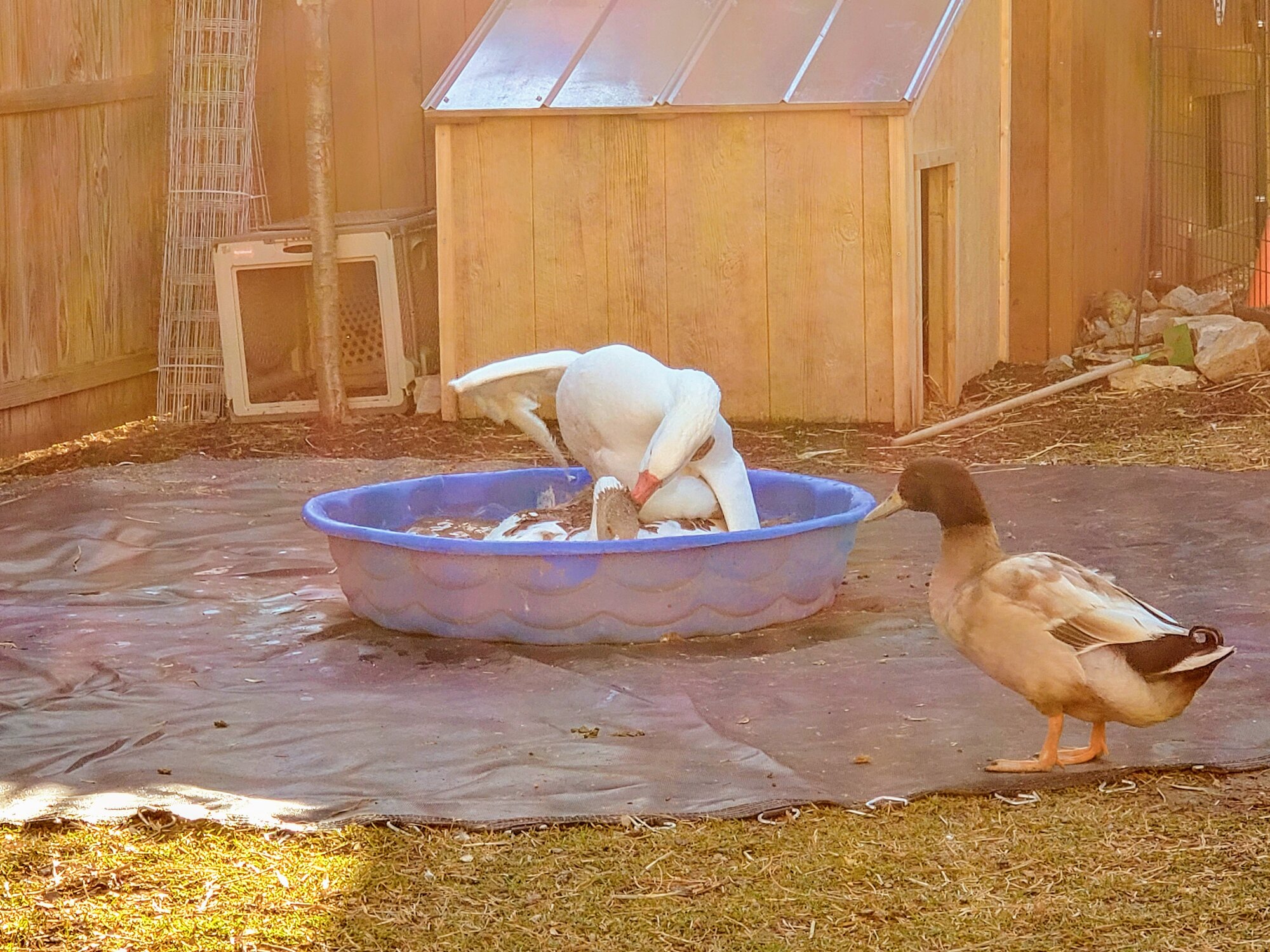 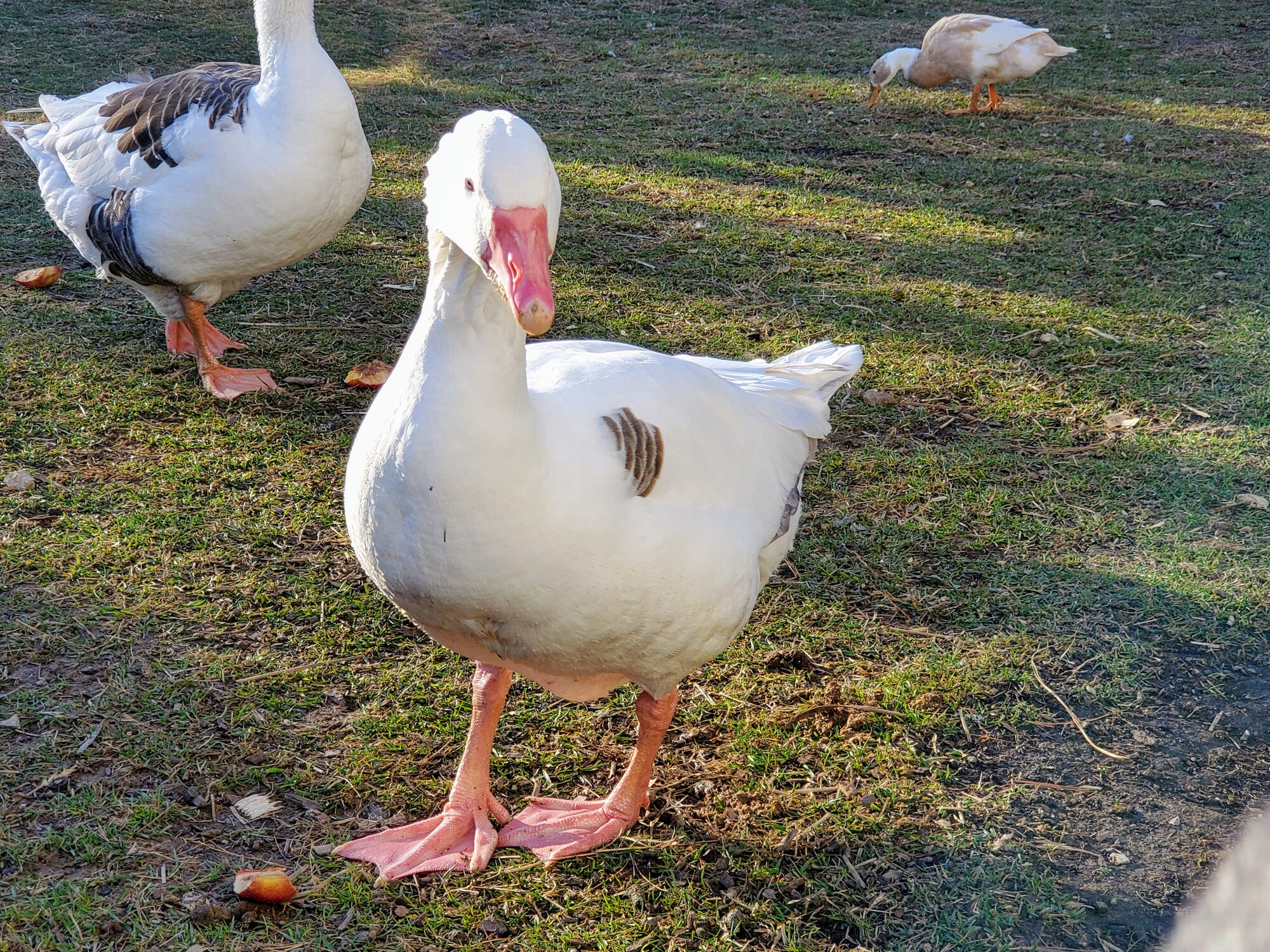 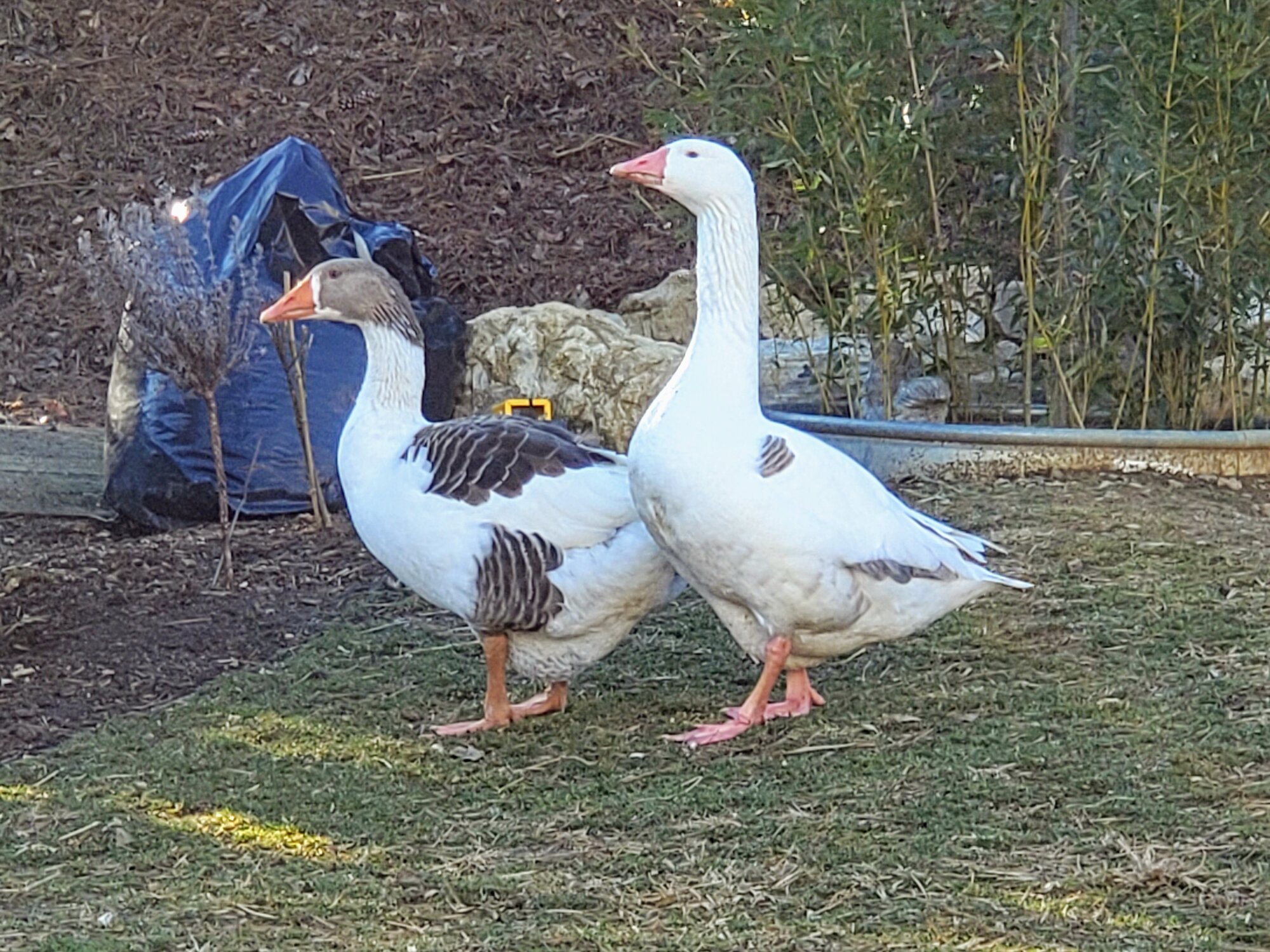 Couple of Chance's latest photos...the first is for those that don't ever catch their geese mating

Now that it's the geese's turn for mating, it's been interesting to see Chance step into the dominant role of my flock. He's no longer afraid of the chickens, Tom, or anything else for that matter. His confidence is through the roof, and it makes my heart burst with pride! He's still fairly well behaved to humans...every once in a while I catch him trying to sneak up on my son and hiss, but no biting! I've told everybody at the house not to let him get away with that because I don't want it to escalate.
So for now we've got mating and protective behavior, but no eggs. With such a mild winter, I'm curious to see when we go into full swing and lay some eggs! I'm hoping if all goes well that BB will hatch a couple goslings

What is that fantastic mat you have down around their pool? That looks quite nifty.

ColtHandorf said:
What is that fantastic mat you have down around their pool? That looks quite nifty.
Click to expand...

That's the kids trampoline we disassembled!

Its actually been really great at keeping some of the mud at bay!!

LOL! That's what I thought it was. lol