Hi all, just registered, first time posting, on the 29th of November I hatched two new ducklings, other than one (now named Snowflake) having slightly splayed legs all had seemed fine, for about the first week they were fed a crumb / mashed boiled egg mixture and Snowflake gradually made a recovery on the leg front and was walking around just fine.

After the first week we switched them over to just crumb, for the remainder of this week everything seemed fine. At the beginning of week 3 there was a noticeable, although not considerable, size difference between Snowflake (smaller) and Snowball (larger), it was the Tuesday / Wednesday of that week that I noticed Snowflake was limping a bit, at first we thought it was sprain it had probably acquired when we last let them swim so left it for a few days. By Friday it had gotten considerably worse, Snowflake was now holding it very oddly and was barely willing to put any pressure on it.

Since this is my first time raising ducklings it wasn't until a couple of days later that I learned it could've been a niacin deficiency (the ducklings are currently being kept inside in a run due to it being Winter where I am), so I've now tried supplementing their normal food with chia seeds (which I checked the nurtritional information of and are very high in niacin), since I started that it's been a few days and I've seen very little, if any, improvement and I'm really worried we could lose this duckling. Here's a short video of the two of them running around in their run (apologies for the mess, I've cleaned it out since), I'm hoping somebody here could give me some insight as to what to do.

Your little one needs some B complex vitamins. We have found them to work the best an the fastest when it's a niacin deficiency. If your in the US go to TSC or other feed store it will most likely be in the cattle dept or where they have meds for livestock. Ask for Durvet Liquid B complex. It will say injectable but we use it orally for our water fowl babies. ASAP also I'd get those ducklings on something with traction. Slippery surfaces make leg problems worse. Old towels or blankets can be shook out and washed and reused and pine shaving can also be used. Your little one most likely never recovered completely from having splayed leg and making a hobble now still might help along with the Liquid B complex. They are precious little ones. I'll get you some info on hobbles. the liquid b complex will be 1 ml over a tasty treat just enough for your duckling to get the full dose. This is very important and can be life threatening.

They both look adorable. I hope Snowflake gets better soon.

Hello and welcome to BYC. Is a vet an option? If a vet is not an option, I think your duckling might be suffering from perosis, which can be caused by a niacin deficiency.

I've never actually seen a duckling walk with perosis I have only seen where the leg is fused. This site has info on perosis that can explain what it is.

Here is what you need to get! It works like a miracle! Put 1 ml over something you know they will eat and make sure that the one with the bad leg gets her own 1 ml because she really really need it! 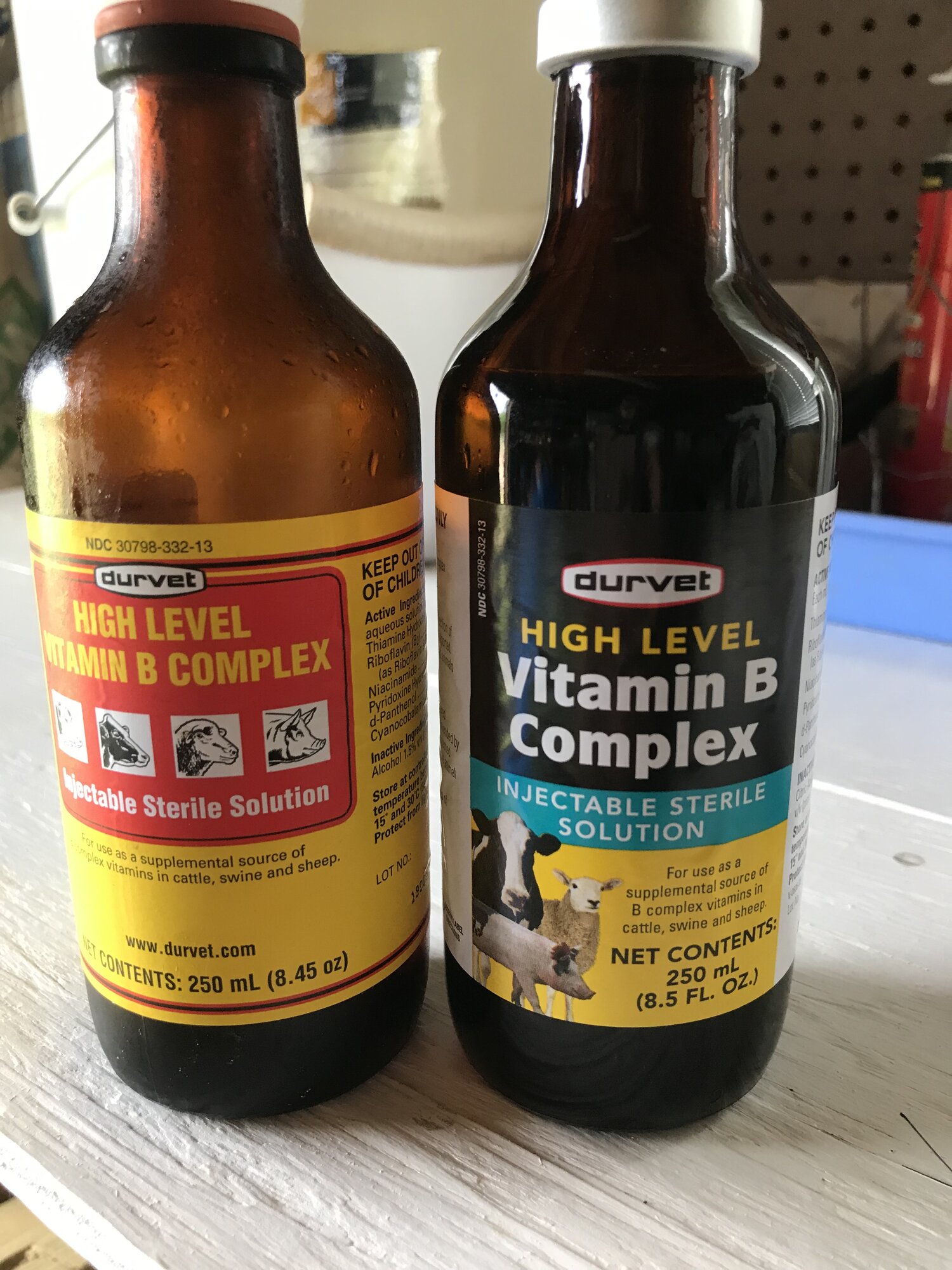 If you could find a good-sized kiddie swimming pool that works perfect for what you need right now. You could put pine shavings in it so that it would be soft and maybe puppy pads on top of that. If you didn't want to do the puppy pads you could just do pine shavings. I put on a pair of rubber gloves and just grab the nasty shavings every morning and put them in a bucket. Then you could dump them around azaelas or blueberry bushes or other acid loving plants and trees. 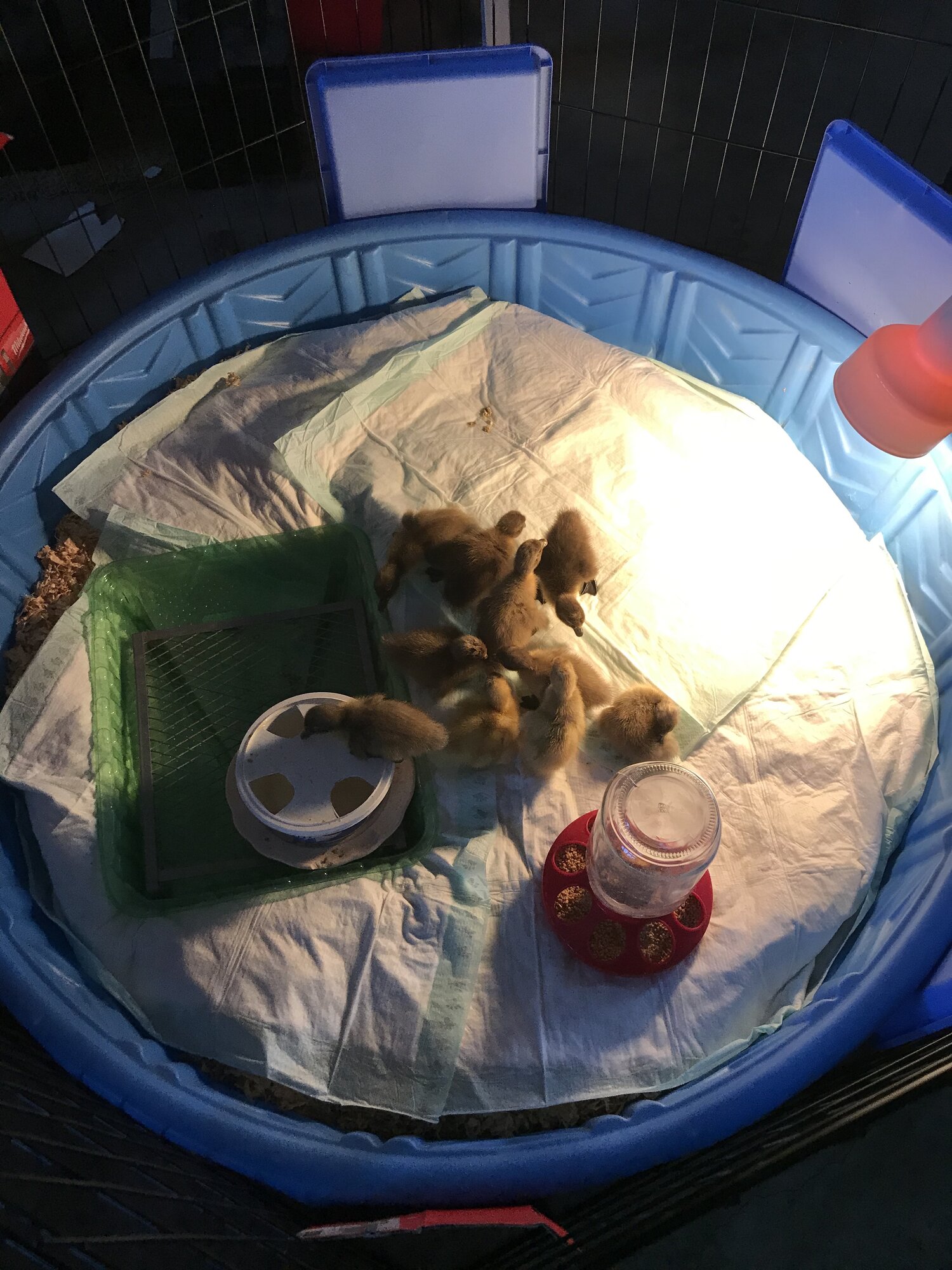 I've never actually seen a duckling walk with perosis I have only seen where the leg is fused. This site has info on perosis that can explain what it is.
Click to expand...

I haven't seen ducklings with it either (not in person, just videos), but I have seen several peafowl with it (one year the feed store has six with it). I am not 100% positive that this is perosis, that's just a guess based on my personal experience.

I gotta be honest and say that I think it would be best if a vet could look at this duckling.

I agree about the vet examine.

I'd use shavings in the pen and possibly it injured itself?
M

Thank you all, although I'm in the UK and the Durvet product you mentioned does not appear to be easily available here we managed to find "poultry nutri-drops" at a nearby farming shop (even though it was 3pm on Christmas eve!).

Although I don't have the means to setup something like the paddling pool with shavings before Snowflake developed their current condition they really were doing well walking around despite their initial troubles, so I'm hoping that that, and the fact that I plan to move them out onto some grass soon (they'll be 4 weeks on Friday) should allow them to recover just fine in addition to allowing them to forage a bit.

Just before I went out to the farming shop the duck/goose grower/finisher food that I ordered also arrived so hopefully they'll both have a more appropriate diet. Thanks all, I wish there was more I could do immediately to help Snowflake walk around a bit easier but I'll have to go with what I've laid out here.

I really appreciate all your help, if you watch this space I may update you all on how they're doing. (They're Aylesbury ducks btw in case anyone is wondering (although not pure Aylesburies))

Edit: Obviously the vet isn't an option over the next few days but if there's been no progress in those few days I'll see what I can do about taking the duckling there.
Last edited: Dec 24, 2019
You must log in or register to reply here.
Share:
Reddit Pinterest Tumblr WhatsApp Email Link