Some soft Christmas music, some BYC, and Jaffar by my side. (Life doesn't get any better than this!)

ChicoryBlue said:
What a dashing fellow. What a fashionable Bon Vivant! Who (as they say) is he wearing here? His outfit doesn't look feathery...
Click to expand...

A warm towel, I had just given him a warm bath.

featherhead007 said:
Some soft Christmas music, some BYC, and Jaffar by my side. (Life doesn't get any better than this!)

And wow, does he love his waddles rubbed!

micstrachan said:
The new roost affects Lucky, Cashew, Roxy, Minnie and sometimes other girls. They’re starting to pile in, so I’ll tell you how it goes!
Click to expand...

Well, that was a bit of MAYHEM! LOL. But it sorted itself out in the end. Upper coop was unaffected. Bridge controls who roosts up top with her and tonight it was Dorothy. Ruby and Millie are ALWAYS on the lower roost of the upper level and tonight was no different.

After much squabbling, the girls ended up pretty much in their usual spots. In the main/lower coop, in back from left to right: Luck, Roxy, Flash, Flo, Cashew. In front left to right: Buttercup, Sunny, Minnie. The littles are still trying to figure out where to fit in, so I’m not too worried about that. The only “bummer” is that Minnie did not get to roost beside Cashew. Even though Minnie is 1.5 years old, she still likes to roost beside Mama Cashew. I figure either she’ll take her spot back or not. I’m not interfering.
I did end up wrapping that new 2x4 in a towel, since that’s what they are used to. 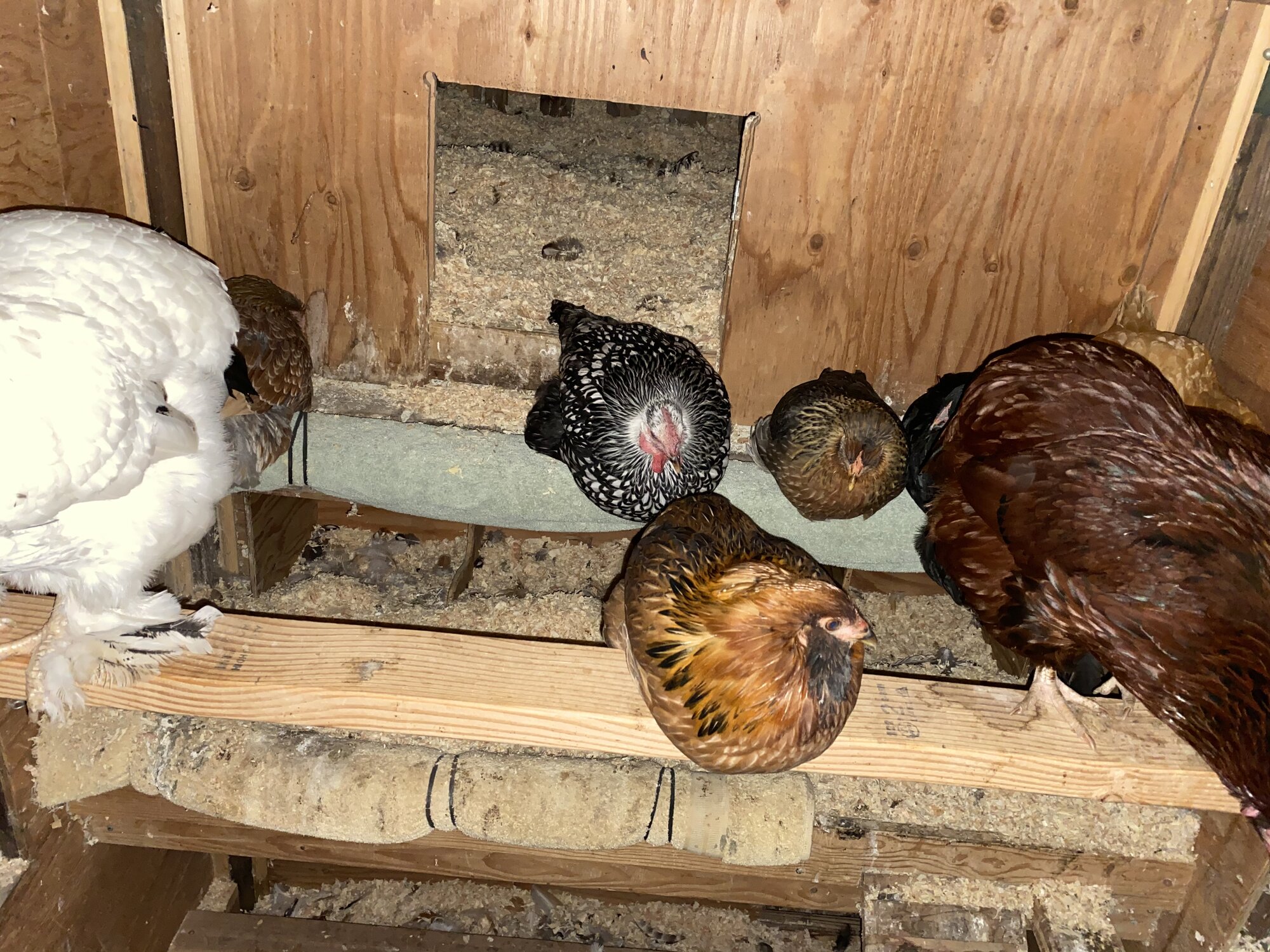 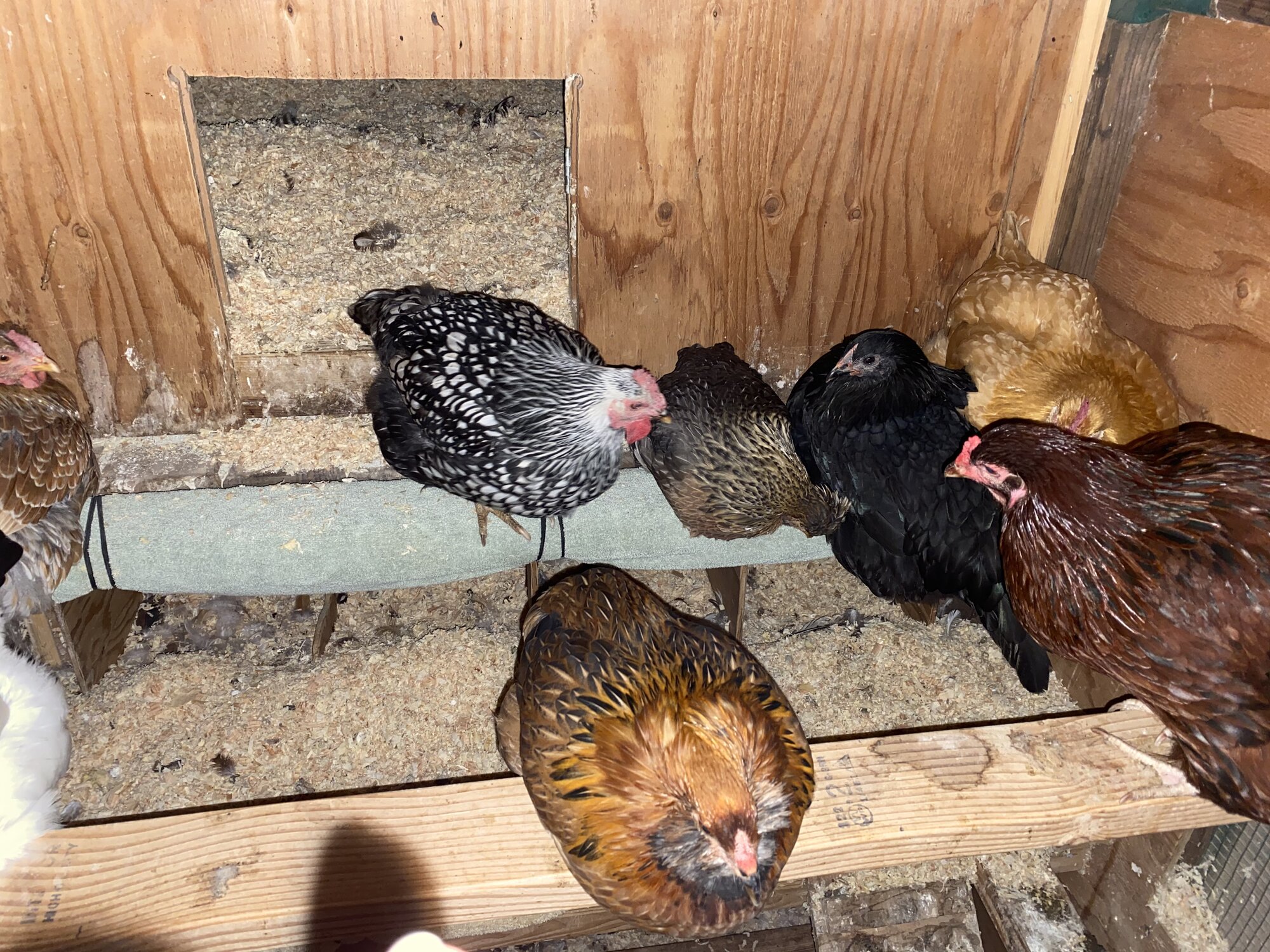 OMG!!! The hot chicks sign! Had not seen that before.

featherhead007 said:
Some soft Christmas music, some BYC, and Jaffar by my side. (Life doesn't get any better than this!)

featherhead007 said:
And wow, does he love his waddles rubbed!
Click to expand...

Does he? Gosh, that’s SO cute!

micstrachan said:
Thank you! I saw the original post, and some later posts where she was doing well. But I thought there was also a post where she wasn’t doing as well?
Click to expand...

micstrachan said:
Does he? Gosh, that’s SO cute!
Click to expand...

Me and Jaffar have a very special relationship. (He's a very good roo).And makes a great alarm clock too! 05:15 each morning. Perfect!

featherhead007 said:
And wow, does he love his waddles rubbed!
Click to expand...

He closes his eyes in deepest approval!