Shadrach said:
You wouldn't have written that if you had seen the times I missed the branch.

Let's settle that I was impressed by the invention of the T-pole.

RoyalChick said:
I know massaging with pin feathers may be uncomfortable but isn't it treating the most important thing?
I worried about that with Minnie but decided that the crop could kill her but as long as I didn't break any blood feathers that the massaging pin feathers would just be uncomfortable. And as it turned out she liked the massage even though she was porcupine like.
What I was careful not to do was move feathers relative to skin. I really pummeled the crop so the movement of skin and feathers was not a lot really. Hard to describe.
Click to expand...

You are right essentially but the feather shafts are so short atm they are more like an unshaven stubble. I can't see any way to make a massage comfortable for a few days yet. When there is enough feather for it to lie down under pressure I'll be on it.

Miss I'm going to go broody working her way along one of the fence lines looking for just that right place. If she was out all day she would be laying eggs outside by now would be my bet. 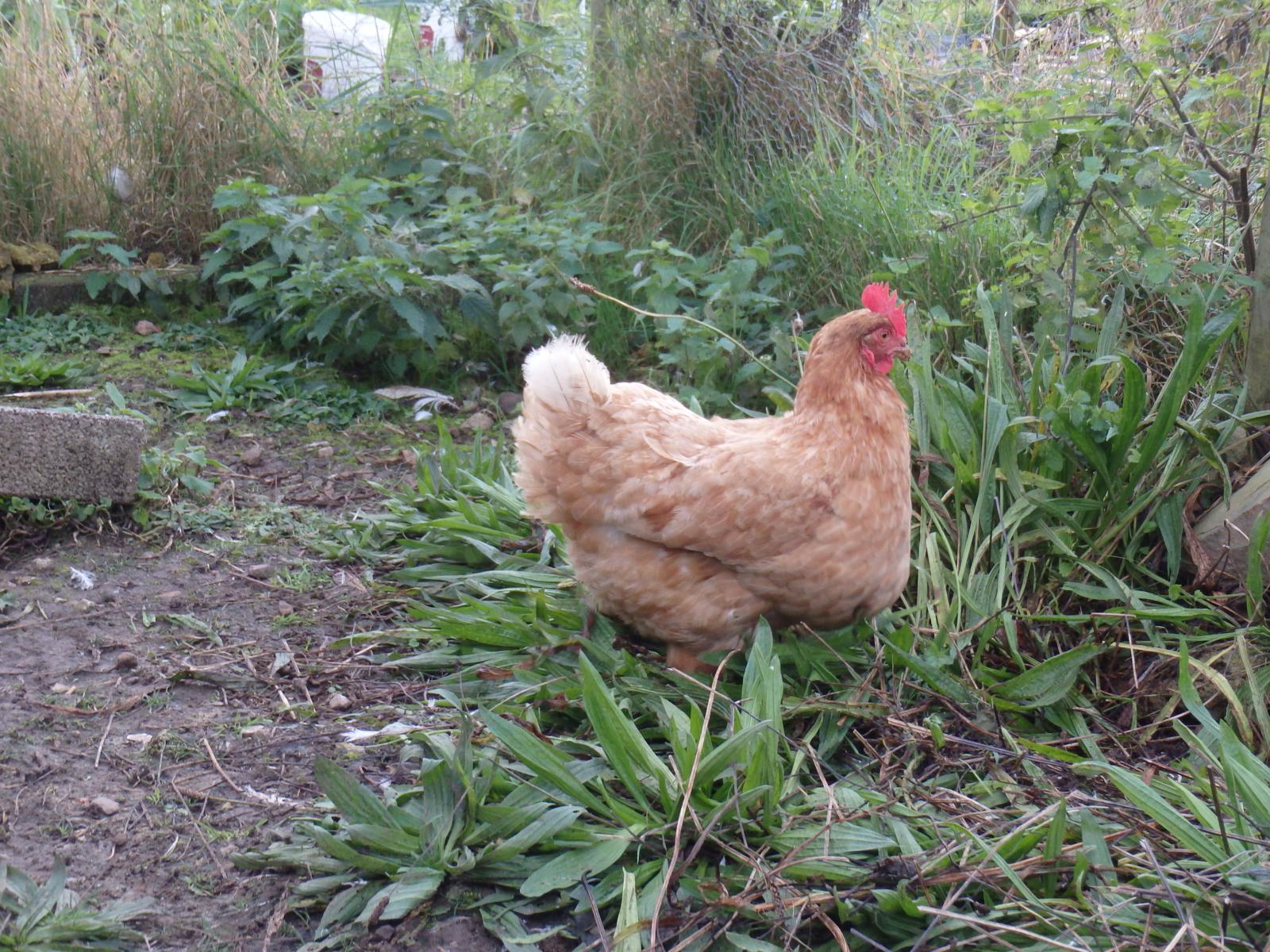 Shadrach said:
I completely understand. I think the Red Sex Links are absolutely gorgeous. It's not just the looks, which I'm fond of because they still look like chickens, it's they seem to be unusually friendly.
The Catalan tribes are complete savages by comparison.
Click to expand...

Seriously I will take what you have said onboard, there's is a lady that breeds little cuties that I know of. 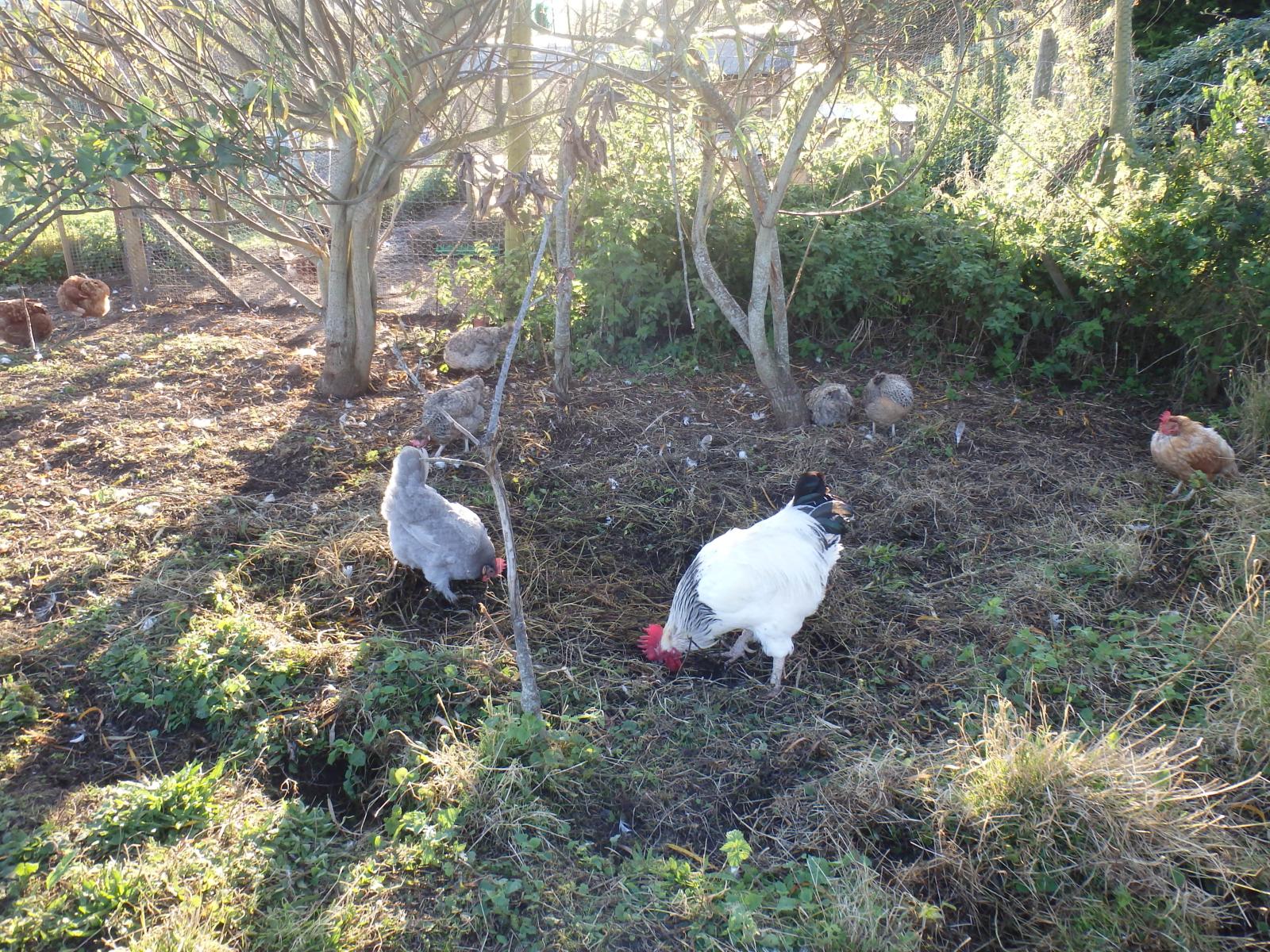 Are those fruit trees in the allotment?

RoyalChick said:
Totally agree - but I think the investment in a long cord will be worth it. I ended up burying conduit and pulling through wire and actually wiring the coop for electric. I didn't do it myself but it was much less of a difficult job than I expected. Mine is about 200 feet from the house too - maybe a little less.
Click to expand...

Well, I agree permanent wiring is best and easiest. BUT, if you're going to deal with overland extension cords, just like fencing, one long piece can be a bear to carry. Storage, hanging it, putting it down along where you want it, 200 feet of cord is heavy and bulky. So I'd go with a few shorter cords and be sure to make good connections.

One factor is the gauge, I chose 14 gauge figuring that in summer it could be used for other household / power tool purposes or outdoor band gigs, and at length that's significantly heavier & bulkier than 16 gauge. When the weather warmed we needed the area around the barn (where I took the lead from), even though it was up in the air hanging, for trucks to clear, so taking it down and carrying it off to store was a consideration.

One other thought is that if it breaks down anywhere along the length of line (think something that cuts it) you are out the whole 200 feet of cord until you repair it, but if you have several cords at least part of the span is still working. It's easier to quickly replace short lengths (re availability in local stores).

Anywhere fabric is sold, you can get what are called "fat quarters". They're 18×21 inch squares. Attach a ribbon along 1 side and instant cape.

BY Bob said:
This is actually quite similar to the elephant covers that some people use in the winter to cover their pools. They do allow rain to pass through. They however are essentially permanent and not easily removable.

A fence might work but I know that Mrs BY Bob does not want a large fence "ruining" the look of the backyard. I did have a small temporary fence after we lost baby Dusty but it was not long until everyone was hopping over it.
Click to expand...

Whether it ruins the yard depends on the style of fence, surely? Pickets, glass panels, modern style uprights, there's a lot of choice.