Yeah, I binned it instead

Thanks for posting the video.

You are doing very well.

My chickens' vet is brilliant.

Look at those wiggly listeners!!

That is adorable!
Did you find diapers/nappies/pee-pads?

There are two dogs that belong to the people in the main house. The dogs are pleasant enough and in the right hands would probably fare better. As they are now, they are as thick as two short planks. They do say dogs reflect their owners.

I get quite a lot of piss taking from the others that live here about the chickens and the relationship I have with them. Some of this humour seems to stem around the fact that I can do, and know more, with and about the chickens than they do.

The people concerned in this tale were having a bit of a lunch do. The double kitchen doors were open and as they sat around the table eating a rooster wandered in through the double doors. This cause great amusement and the owner of the house and I should point out the two dogs I’ve mentioned, decided he was going to show off his, I’m a bit good with animals, and tried to catch the rooster with the intention of evicting him. There is nothing like a table of guests who have had a few glasses of wine to promote stupid behaviour.

This man made a grab for the rooster and the rooster did him, for want of a better expression and having drawn blood to prove his point, ran under the stairs that lead to the mezzanine in the kitchen.
There is no easy way of getting him out. One would need to practically lie on the floor and shuffle under to get a hand to the rooster.

I got summoned to remove the rooster with something like “one of your stupid chickens has got stuck under the stairs.” Once in the kitchen I got everyone to leave pointing out that calm and quiet would help with the eviction, mentioning that I would call the rooster out when everyone was gone. This produced further amusement which eventually boiled down to me saying the rooster was a lot smarter than the dogs, or it seems, the owner.

A bet got made. I bet I could not only get the rooster out from under the stairs, but also, if a test of intelligence of owners and creatures was of interest, I could get a rooster to follow (no leads allowed) me on a pre described circuit encompassing the sheep field, around the back of the main house and into mine. I challenged him to do the same with his dogs. I was pretty sure I could do this and suggested we bet 100 Euros. I think the high opening bid rang a warning bell and the bet was lowered to 50 Euros.

I got Mag (the rooster) out from under the stairs with a quick bit of bribery. To be honest I think he realised that he could have picked better circumstances to kick off and was glad to be out of there.

I went and got Treacle and stood at the start line holding him in my hand. The dog owner and the two dogs made there way to the starting line with much thigh slapping and callings of ‘come on’ and ‘walkies’.
Well both humans, he and I, started to walk up the track. The dogs just sat there, but after a few seconds the slightly sharper of the two wagged it’s tail a bit and did a bit of a lets please the human, hope skip and a few spins getting about half way to the human.

Of course, even though the dogs are perfectly fine with the chickens, the chickens, being cautious creatures. like a bit of space between them and the dogs, even nice dumb ones. The moment I put Treacle down he headed up hill away from the dogs and up the track and all I had to do was keep a step or two in front of him. At the top of the sheep field I had to call him to come around behind it, but he did, and the stretch down away from the sheep field is route to coop and route to my house and I know Treacle will follow me having done it many times. It took a bit of encouragement, which was allowed, before Treacle follwed me along the back of the main house because this is away from coop and my house and into Tribe 3’s territory, but Treacle did it.

The dog owner and one dog; the other had gone inside and got back on the sofa apparently, were waiting on the driveway outside the main house, the owner muttering about stupid dogs....well, you can imagine....

Now I get a lot of crap about the chickens and the other animals here from this particular person and I went to double prove a point.
When the dogs, owner, and assorted onlookers went back into the kitchen (lunches here can go on for hours) I stuck my head through the kitchen double doors as I was passing a bit later and said to the dog owner, “look, this is how you do it” and shouted HAWK! UP! very loudly. The dogs shot out the door barking frantically, crashing through the table and chair legs in their hurry to get out. It was a couple of seconds of true pandemonium. As the barking receded as the dogs headed up to the top of the sheep field (a favourite strike spot known to the dogs as UP) I held my hand out and said, “you owe me fifty Euros.”
Click to expand...

I thought my chicken friends would appreciate this. 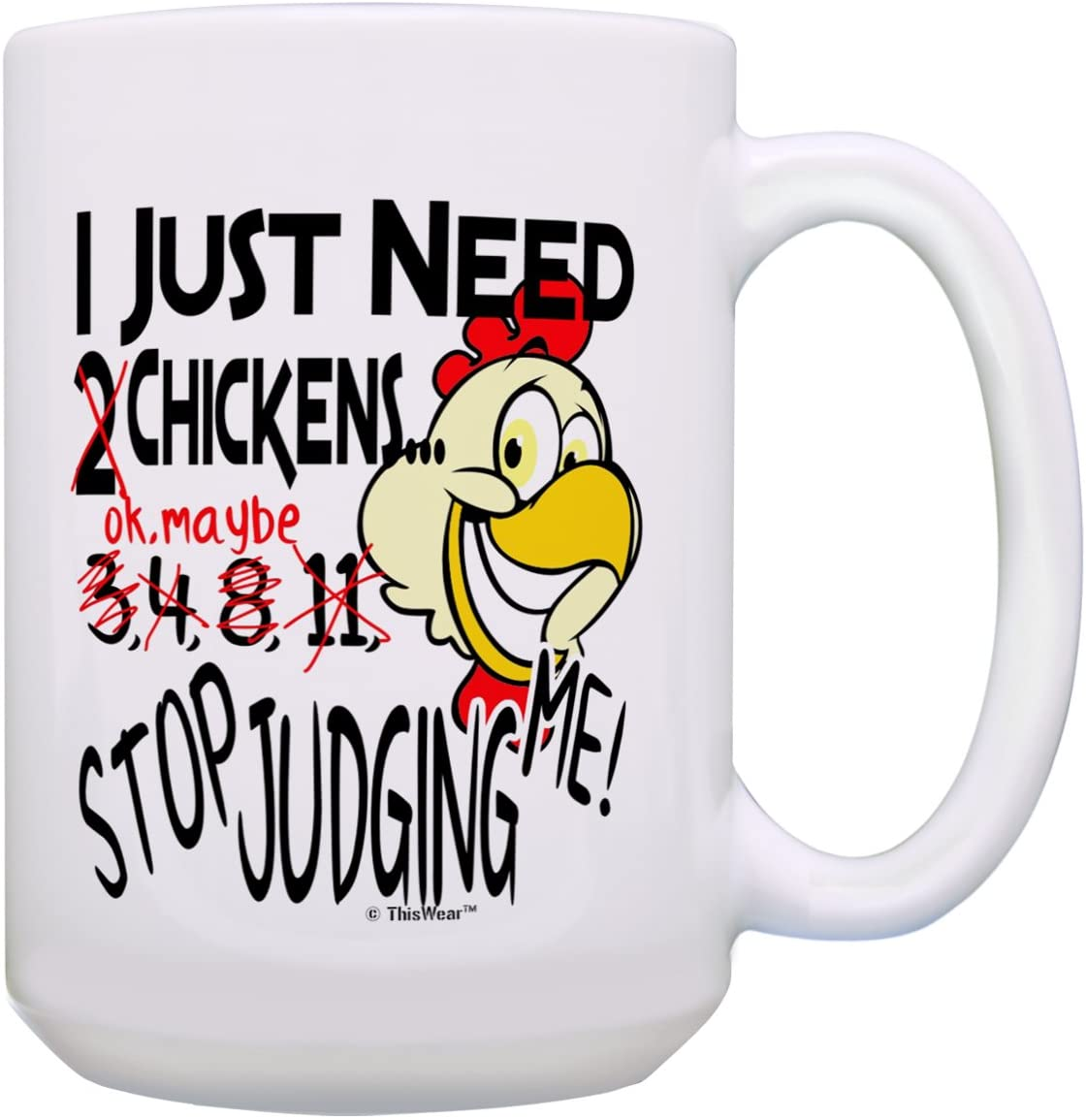 I loved reading this one again!

First of her name, mother of chickens.

I related Shad’s story to my mum, she was fascinated!